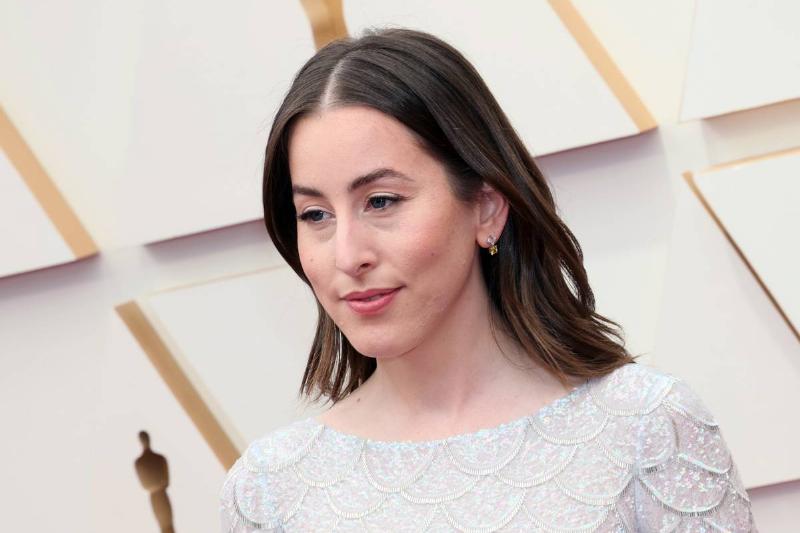 Alana Haim has had several unforgettable moments in her career. From breaking out with the band Haim to becoming a breakout movie star and BAFTA nominee for her role in Licorice Pizza, she truly has had a blessed few years. But is there one unforgettable moment that tops the rest?

Haim and her sister Esme were guests recently on Watch What Happens Live with Andy Cohen when a big moment or two involving Beyonce Knowles were revealed. Asked about being signed to Jay-Z’s Roc Nation management company, Alana revealed:

“I think the thing that was the most mind-blowing about being on Roc Nation is that when we would be in, like, a huge crowd of people, Jay-Z and Beyoncé would pick us out of a crowd and, like, hug us, which was, like, a very crazy experience.

“There was one moment I’ll never forget. We were at the Grammys. … Danielle had a little piece of lint on her jacket and Beyoncé picked it off for her and was like, ‘I got you.’ And I was like, “Beyoncé! I’m crying! What’s happening?’”

Last month Haim began a North American tour, which gave them a chance to perform “Leaning On You” live for the first time.

This summer, Haim makes their grand return to the United Kingdom playing Glastonbury 2022. After that gig, they will set out on a COVID-delayed UK tour for the entire month of July.

And as for how many times Alana will get the band to play “I2I” from A Goofy Movie is unknown. I’d bet at least once after she told Vice in January, “People make fun of me, but my favorite movie is A Goofy Movie. If you haven’t seen it, you need to watch A Goofy Movie. It’s the best movie of all time.”