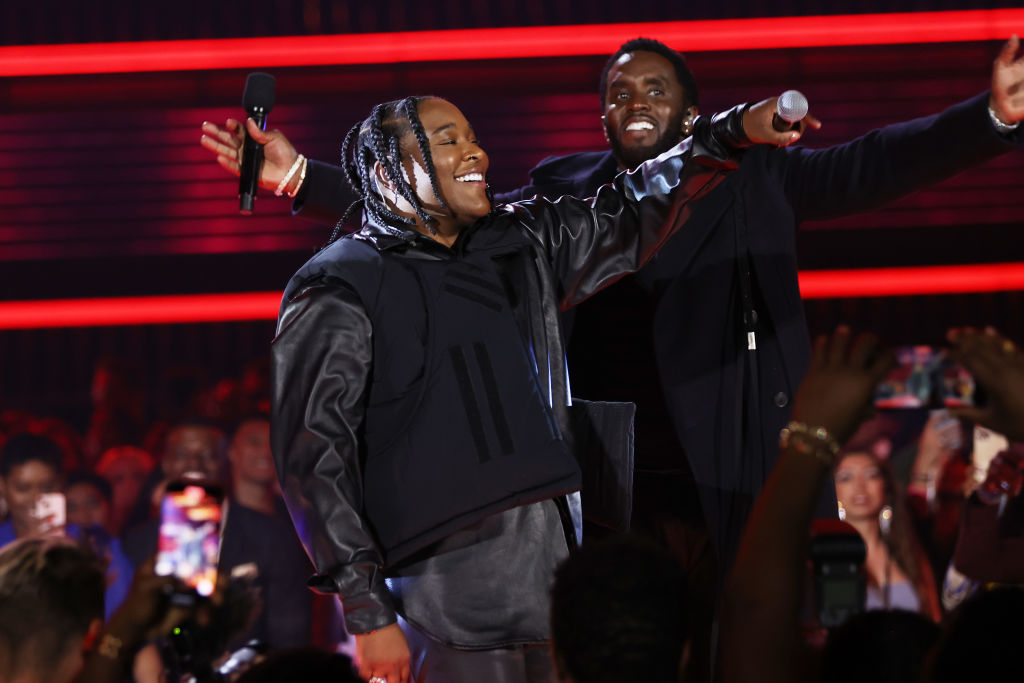 Sean “Diddy” Combs has a knack for making a big splash. And that remained the case as he introduced the first artist on his new R&B label during awards broadcast.

On Sunday night (May 15th), the entertainment mogul was the host of the 2022 Billboard Music Awards which were held in Las Vegas, Nevada. He took that opportunity to introduce Jozzy, who joined him on stage to perform her new single “Replay” as the first artist signed to his new label, LOVE Records and called her the “R&B Biggie”.  She took to social media after her performance to express her happiness at the moment. “Damn puff just gave me the alley .. now the music bout to speak for itself! #songsforwomen,” she wrote on Twitter.

Jozzy is a veteran songwriter and producer, with previous credits of Billy Ray Cyrus’ verse on Lil Nas X’s “Old Town Road,” Don Toliver’s “Lemonade”, and 21 Savage’s “ Mr. Right Now”. The artist has also been hard at work penning tracks with Coldplay, Pharrell Williams, Summer Walker, and Mary J. Blige among other notable performers. The new single is the first track off of Jozzy’s upcoming EP, tentatively titled Soul Therapy: Apartment 215. In an interview with Billboard Magazine back in 2019, she spoke about lessons she learned working with Timbaland and Missy Elliott. “I just feel like, with Timbaland and Missy, their work ethic just kind of stayed on me,” said Jozzy. “Like, the way they worked, they worked like they were broke, and that’s what stuck with me, you know? ‘Work like you’re broke.’”Jozzy is represented by both Hallwell Media and RocNation. LOVE Records will be solely devoted to R&B, releasing songs and albums from singers and songwriters from across the world in collaboration with the legendary Motown Records. Diddy has already promised that new music will be forthcoming from the label this summer.

Destrage Drop Frantic New Single “Everything Sucks and I Think I Am a Big Part of It”
Rage Against the Machine Donating Ticket Sales to Reproductive Rights Organizations
Disney Screens New Scenes From ‘Avatar: The Way Of Water,’ Extended ‘Thor: Love And Thunder’ Footage – CineEurope
AHVE is back with fire new single “Selfish”
Trailer: Powerman 5000 Frontman Spider One Directed a Horror Movie