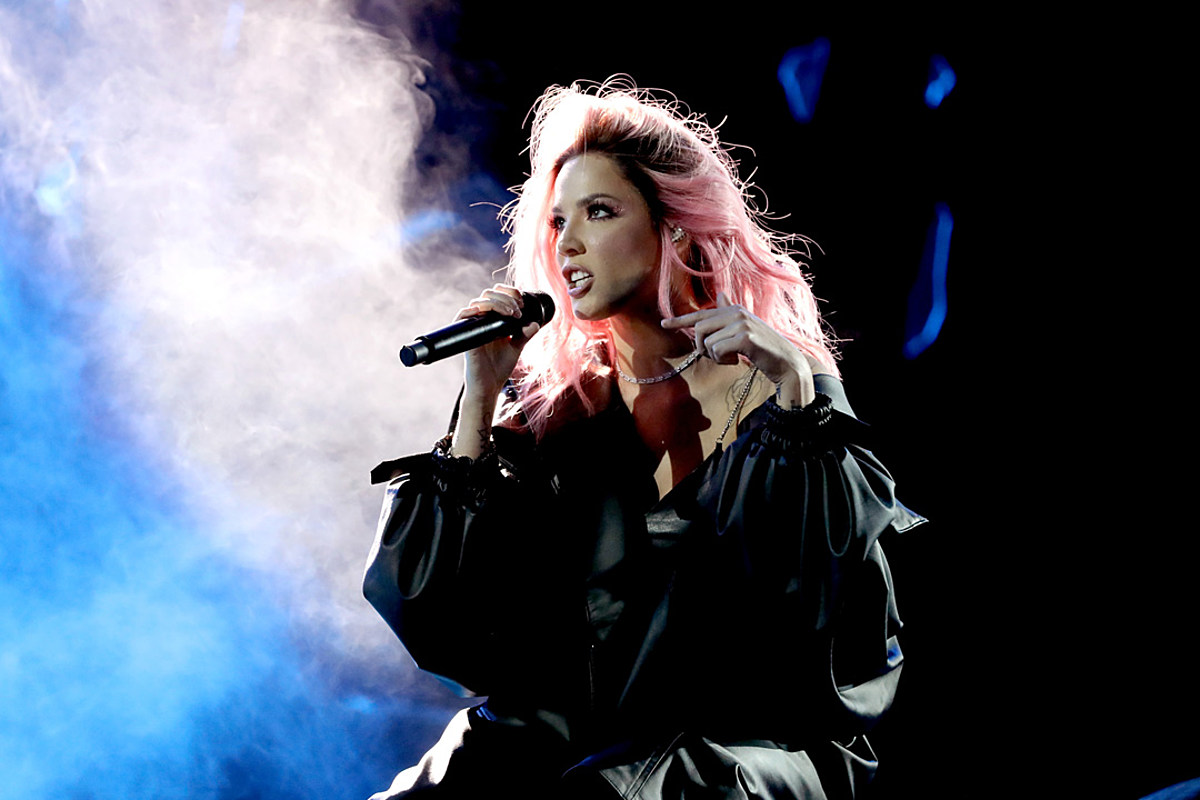 “Basically I have a song that I love that I wanna release ASAP,” they wrote on a video uploaded over the weekend. “But my label won’t let me.” The “Nightmare” singer added that her label was holding off on approving the release unless they could “fake a viral moment on tiktok.”

“Everything is marketing,” she added. “And they are doing this to basically every artist these days.”

Watch the TikTok below:

The hit-maker shared a second video that appeared to include audio from a discussion about the release. ”I just hate this,” she said.

Check out the video below:

She also opened up about the situation on Twitter, where she noted that her label seemed impressed by how well her “tiktok tantrum” was performing. The original video has received 8 million views at the time of publishing. Despite that, Halsey claimed that their label was still holding off on confirming an official release date.

They added that the song has been in the works for most of the year and that a music video is “literally already done.”

Fans asked if they could do anything to help, but Halsey wasn’t sure.

“Honestly idk the tiktok is already viral + I still don’t have a release date,” she tweeted. ”I would say just do what you guys normally are amazing at doing when I announce a song (under better circumstances). They haven’t given me a date and I wanna release it ASAP so that’s really the hold up.”

Check out their tweets below:

Capitol Music Group, Halsey’s label, shared a statement about the situation with E! News. “Our belief in Halsey as a singular and important artist is total and unwavering,” they said. “We can’t wait for the world to hear their brilliant music.”

However, Halsey responded to the statement, which was attributed to her former label Astralwerks as well as Capitol on Twitter. “Astralwerks is the label that signed me, and then they upstreamed me to Capitol. This quote came from the company who believed in me from the jump. Not the company I’m wrestling with right now,” she claimed.

While Halsey’s release date is still unclear, their plight does seem to shine light on an issue that is plaguing other artists. Musicians such as Charli XCX and Florence Welch of Florence + the Machine have also alluded to receiving pressure from their labels to post on the social media platform.

“The label are begging me for ‘low fi tik toks’ so here you go. pls send help,” Welch wrote alongside a video that was uploaded earlier this year.

Charli meanwhile poked fun at being asked for what she claimed was her eighth TikTok in a week.

Watch their videos below:

Meanwhile, FKA Twigs claimed that she “got told off for not making enough effort” on TikTok in a since-deleted video, according to the Independent.

This is not the first time that artists have opened up about pressures to perform from their label, either.

Last year, pop singer Raye attracted attention after she tweeted that she’d been waiting for years to record her debut album. She said that there was pressure for her single “Call On Me” to perform well so that the project could be green lit, according to Metro.

Raye later shared that she was released from her record deal in a post on Instagram. Check that out below: