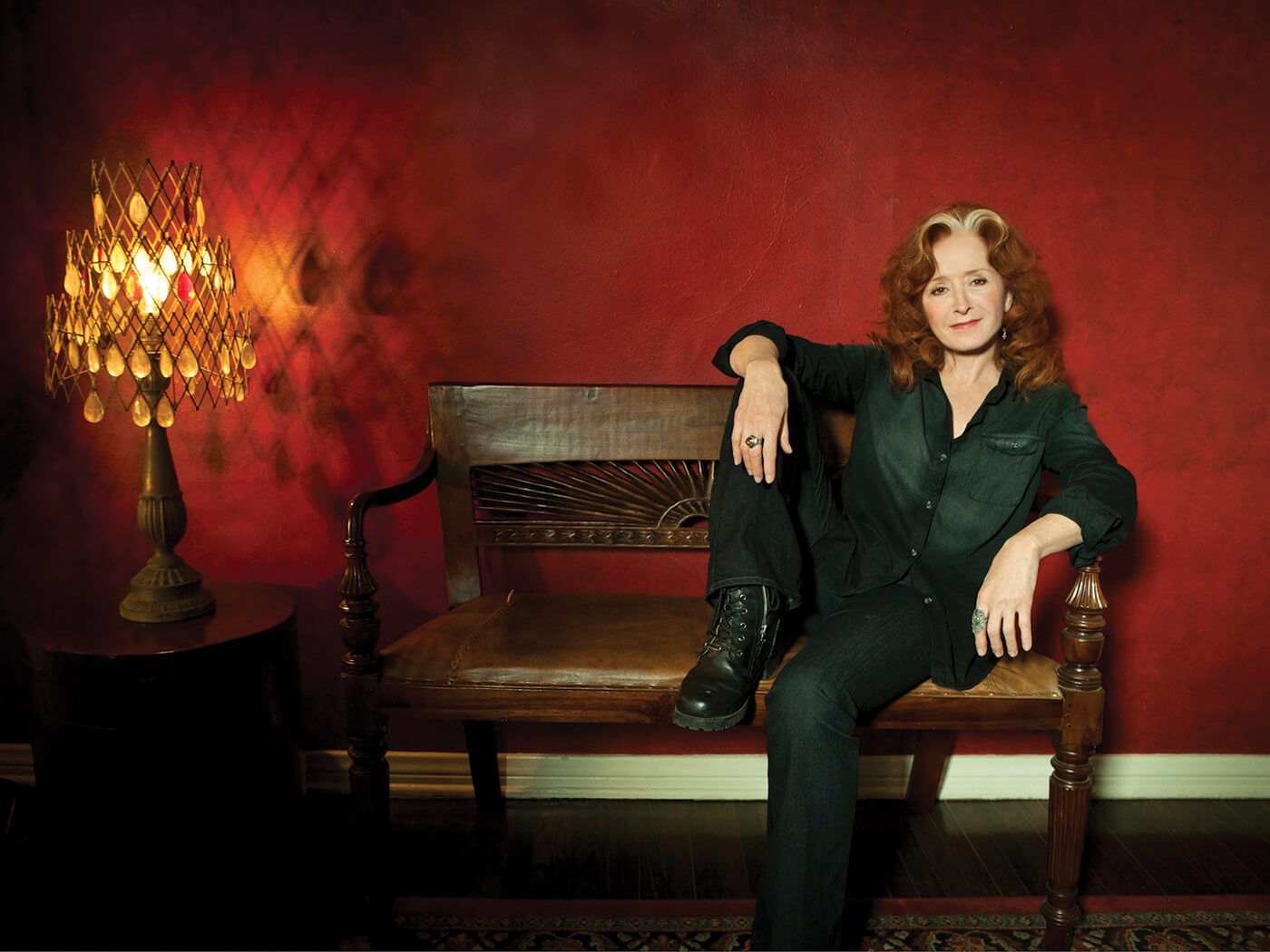 More than 50 years on from the release of her self-titled debut, Bonnie Raitt returns with her first LP since 2016’s Dig In Deep and some key dates in her diary. Early April found her at the Grammy ceremony picking up a lifetime achievement award, and she’s gearing up for a busy touring schedule that will include shows with fellow veteran traveller Mavis Staples.

On the surface, Just Like That… is business as usual, its maker’s default setting of blues-based AOR and soulful country balladry all present and correct, but much of its content is informed by specific events during the period since she last took a record to market. Artists reacting in song to Covid has become commonplace, though few have addressed the pandemic in a manner as upbeat and optimistic as on one of the album’s pivotal tracks, “Livin’ For The Ones”.

Written by Raitt and her long-serving guitarist George Marinelli, a sly strut that recalls ’70s Stones provides the bedrock for a pragmatic lyric commemorating friends and loved ones “who didn’t make it” but urging those who did to honour them by making their own lives count: “Just keep ’em in mind, all the chances denied/If you ever start to bitch and moan”.

It’s a philosophy that’s also at the heart of a standout cover in the running order. Early plans for the album included a third duet with past collaborator Toots Hibbert, but following the Maytals’ figurehead’s death in 2020, the bouncy, percussive arrangement of his “Love So Strong” takes on the mantle of a tribute. “You’re sure to see me shine”, Raitt sings, as if talking directly to her fallen friend, “Shine as the stars in the morning/That brighten up the sky”.

There’s a similar message of positivity in difficult, unwanted circumstances on “Down The Hall”, inspired by a 2018 New York Times magazine article about inmates who volunteer to counsel others in a prison hospice without visitors from the outside world. Against a backdrop of Raitt’s tender acoustic picking and Glenn Patscha’s warm Hammond organ flourishes, the singer packs a formidable emotional punch by casting herself as one of those offering succour.

It plays out like a short story, the initially cautious narrator befriending jailbirds they’d previously feared in the exercise yard, sharing jokes while helping them shave or washing their feet (“The thought of those guys goin’ out alone, it hit me somewhere deep/I asked could I go sit with ’em, for some comfort and relief”). There are few songs as eloquent about finding love and kindness in unexpected places.

“Livin’ For The Ones” and “Down The Hall” are two of just four inclusions on which Raitt has a writing credit, but that’s a familiar state of affairs for an artist with an impressive track record for sourcing material from others that dovetails elegantly with her signature sound. The funk-fuelled “Here Comes Love” comes courtesy of Lech Wierzynski of Oakland-based R&B outfit the California Honeydrops, and was originally earmarked for Dig In Deep but ultimately surplus to requirements.

The sparse blues “Something’s Got A Hold Of My Heart” has been in Raitt’s pocket since it was offered to her by its writer, Al Anderson on NRBQ, in the mid-’90s, while opening track and first single “Made Up Mind” found its way to her more recently via the Canadian alt.country duo the Bros Landreth, and although the song seems tailor-made for Bonnie, the band roadtested it by sneaking out their own version in 2019.

On an album bursting with selections that confidently stand tall with almost any high-water mark in the Raitt canon, the atmospheric torch of “Blame It On Me” warrants special mention, the singer returning to the catalogue of reliable hit maker John Capek she first mined for “Deep Water” on 2005’s Souls Alike. Meanwhile, of the self-penned cuts, “Waitin’ For You To Blow” channels the laconic moods of Mose Allison, and the reflective title track examines a parent’s loss of a son to violent crime.

A vital component to the success of Just Like That… is Raitt surrounding herself with a core of trusted musicians with whom she’s worked since 2002’s Silver Lining, creating ebbs and flows that embellish the material without ever overwhelming it. It makes for another assured chapter in a celebrated life, a celebrated achievement.