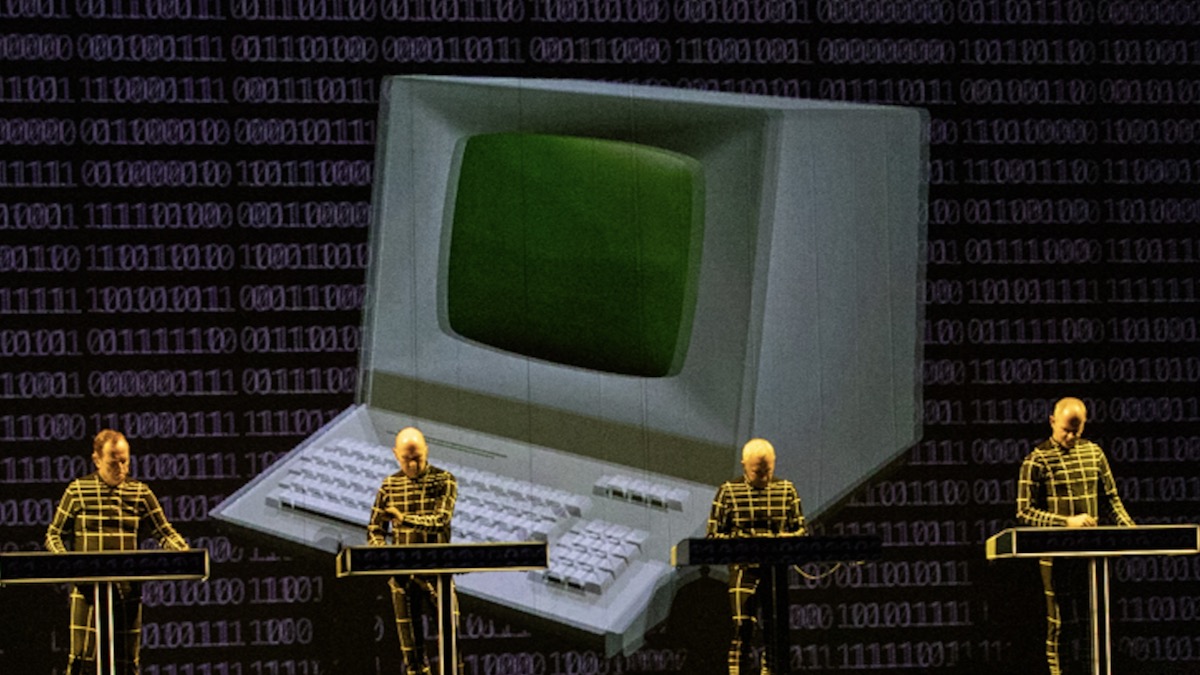 The sheer diversity of the concertgoers who descended upon Kraftwerk’s tour kickoff at The Pageant in St. Louis is a testament to the genre-spanning influence of the German electronic music pioneers. Punks, goths, metalheads, record nerds, businessmen, hipsters young and old: The near-capacity audience was a true smattering of personalities that transcended age and scene. More than a few attendees were even sporting the band’s iconic red-polo-black-tie Man-Machine-era look. And they were all there to witness Kraftwerk’s “3D Tour” — an illustrious audio-visual experience commemorating the group’s 50th anniversary (get tickets here).

Upon entering the venue, everyone was handed a pair of white Kraftwerk-branded 3D glasses. On the stage stood the band’s four iconic keyboard pedestals, cutting a brutalist aesthetic that would carry over into the set. As the lights descended and an ambient prelude track played over the house system, the room full of people staring eagerly through their 3D glasses looked bizarre and ominous — very Kubrick.

The four members of Kraftwerk — founding member Ralf Hütter, Fritz Hilpert, Henning Schmitz, and Falk Grieffenhagen — finally took the stage after letting the ambient piece percolate through the venue for nearly 10 minutes. They donned what appeared to be the motion-capture onesies used for movie special effects and video game animations — an A+ fit all things considered. As the group launched into the opening medley of “Numbers/Computer World/Computer World 2,” everyone who was skeptical about having to wear 3D glasses had their jaws collectively drop. A green field of numerals shot out of the screen from behind the band, seemingly coming within arms length, as if you could reach out and touch them. It would be the first in a series of visual feasts that complimented each song. Sure, 3D can be a gimmick, but like the music of Kraftwerk, these graphics were worldclass. It’s also worth noting that you could take the glasses off and still comprehend the images, which were also effective in 2D, if less visceral.

The setlist itself was well-paced, creating a sonic push-pull effect that created a sense of forward motion, a quality uniquely inherent to Kraftwerk’s music. Rhythmic techno (ala The Mix remix album from 1991) was interspersed between the band’s more song-based classic material such as “The Man-Machine,” “Radioactivity,” and “The Model,” giving the audience a chance to break for some head-nodding dance beats between utterly captivating renditions of the group’s master cuts.

To the delight of dedicated fans, the setlist included the obligatory “hits,” either in full-song, medley, or techno-remix form. The short (but still long) version of “Autobahn” was a highlight, as the colorful album cover came to life on the screen and a Volkswagen Bug began a relaxing drive along the motorway. “Tour de France” also paired well with footage of the storied bike marathon — fulfilling the song’s concept through sight and sound — while the appearance of “The Robots” during the song of the same name was a more literal reflection of the lyrical content. 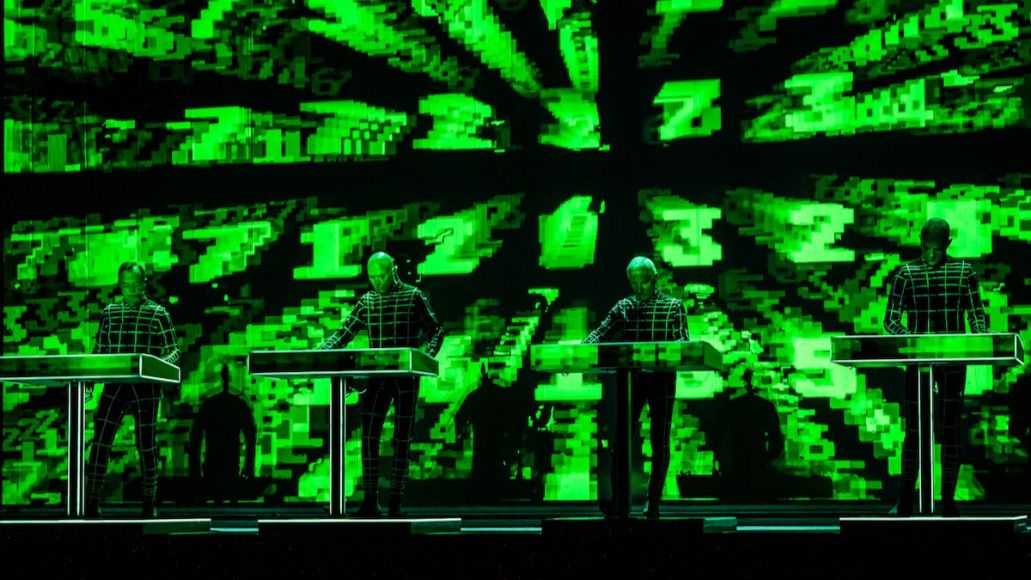 Kraftwerk, photo by Reema Shah/Out Of The Dark Photography

Speaking of sound, the only real point of contention was the overall volume, which seemed dialed back to a comfortable listening volume (no earplugs required for this one). Occasionally the thump of the bass would punch through the mix — as it did on “Trans-Europe Express” during the encore — but there could have been more low end, especially on the more techno-based versions. Besides a stage malfunction that rendered Fritz Hilbert’s console lights non-functional, the concert was otherwise flawless.

If the St. Louis show is any indication, Kraftwerk’s “3D Tour” will be a remarkable tribute to their five-decade legacy. The sound design rendered the band’s analog synths and drum machines in glorious hi-fi, and the visuals were nothing short of stunning. Whether you’re a hardcore fan or even a casual listener of Kraftwerk’s more popular tunes, it’s not a date to be missed if the ongoing tour comes near your town. They haven’t toured the US since 2016 and only few and far between prior to that. One day, Kraftwerk’s “3D Tour” might be stuff of legend. The overall production of the performance is just that good.

Kraftwerk’s “3D Tour” runs through July. You can get tickets here.