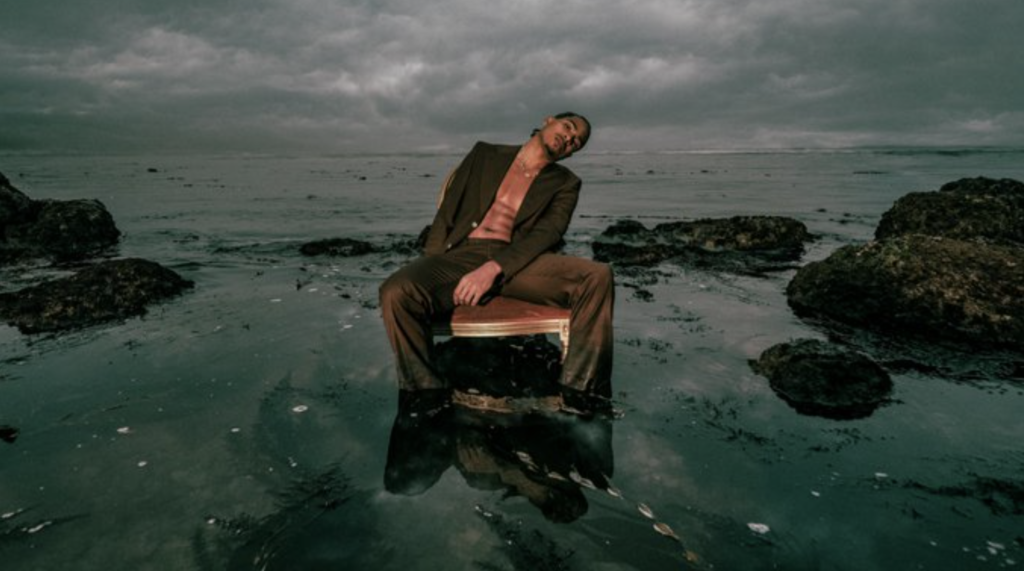 It is the follow-up to the rising singer’s debut album, Platinum Fire, which was released in March 2018 and later upgraded to a deluxe suite that December.

On the cover art for Hello Poison, Ray wears an open dark brown suit and goes shirtless underneath for the artwork, shot by Darren Craig. He poses in a gold chair in the center of shallow water where sea stacks and a gloomy sky are present in the background. See the cover above.

Ray gave his fans a taste of Hello Poison in April when he released his D Smoke-assisted single “The Mood.” His most recent song, “Gold,” served as a rock-solid track to come behind. Both songs have supporting visuals.

On tap for Ray’s current album cycle is a performance at this year’s Cincinnati Music Festival. His set is on July 21, day one of the three-day festival that booked Janet Jackson and Charlie Wilson as headliners.

Ray did release the EP Phase II in late 2019. Kehlani served as the only guest and showed up on the focus track “Change.”

The previous year, Ray joined rapper Wale for “Hold On” and teamed with K. Roosevelt on a remix of “Bloom,” also featuring BJ The Chicago Kid.