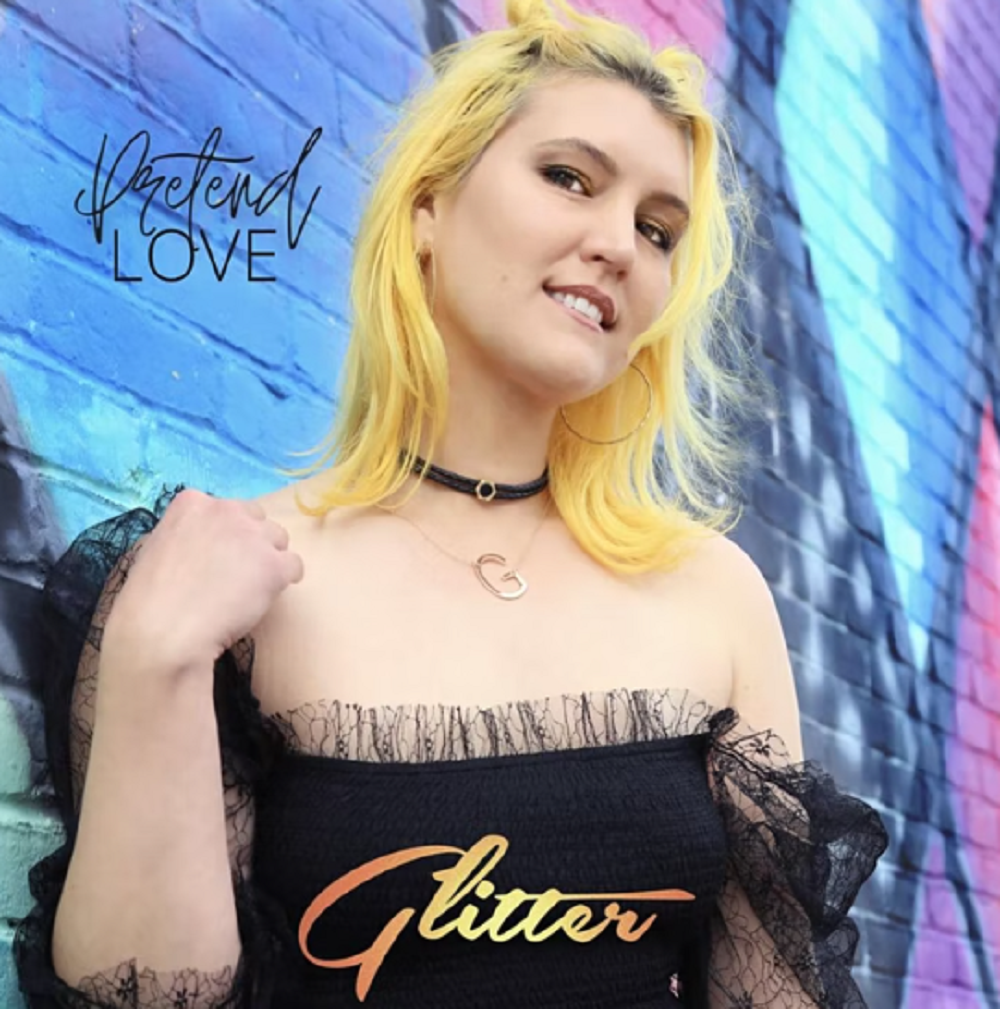 Glitter, formerly known as Glitter Rose, started making music at twelve years old and, now in her thirties, finds herself immersed as deep as ever in that world. Her new single “Pretend Love” does not entirely abandon her initial direction as a southern rocker, she is still working with her bandmates Marc Bain, David Crandall, and Jett Raines, but forsaking her prior path in favor of an indie pop rock mold she seems very comfortable with. This new found expression of identity takes an appealing form in the single without striking a false note or shying away from uncomfortable emotions.

The Dallas based singer, songwriter and musician has conceived and filmed an effective video for the song as well. The set design, look, and performances throughout the clip are relaxed, convincing, and natural. Much of what she’s serving up to us visually and musically will be familiar to listeners, we can recall similar situations in our own lives, but Glitter puts a personal polish on the work that distinguishes it from the pack.

The personal touch is present, as well, in the lyrics. She adopts a conversational tone for the piece that every listener can connect with and pays it off with climatic lines that linger after the song’s conclusion. She has not overwritten at all during the song and taking on the same economical aesthetic that dominates the music side of the equation makes for a stronger song overall. Everything is on the same page with Glitter’s “Pretend Love”.

The instrumentation is almost painterly. Musical touches are added with almost brushstroke like intimacy. Even if the song is structured as a bit of a dialogue, intimacy is one of the key components making this song so memorable. It can feel like we are eavesdropping on a conversation despite everything that is going on.

You can’t help but appreciate the song’s attempt to humorize the situation, but they’re never overwrought. The song’s video accentuates its humorous aspects, especially thanks to Glitter’s own performance in the song, but it remains a real human experience throughout rather than just an occasion for empty-headed slapstick.

It is interesting to me how you can’t tether Glitter’s music to any particular place. Her long experience living in the Dallas area does not seem to have any noticeable effect on her music and the nine years she lived in Los Angeles does not leave “Pretend Love” full of sunlit California guitar chords or Hollywood flash. Her personality, instead, shines through at every turn during the song and video alike.

There will be additional singles from her emerging over the remainder of the year. Glitter knows her road now and she’s intent on building her musical career mile by mile; “Pretend Love” is a significant leg of that voyage, but it’s far from the defining moment. So far, however, it represents the truest expression of her talents to date. She is likely adding fans by the day right now and they will be eager to hear more.