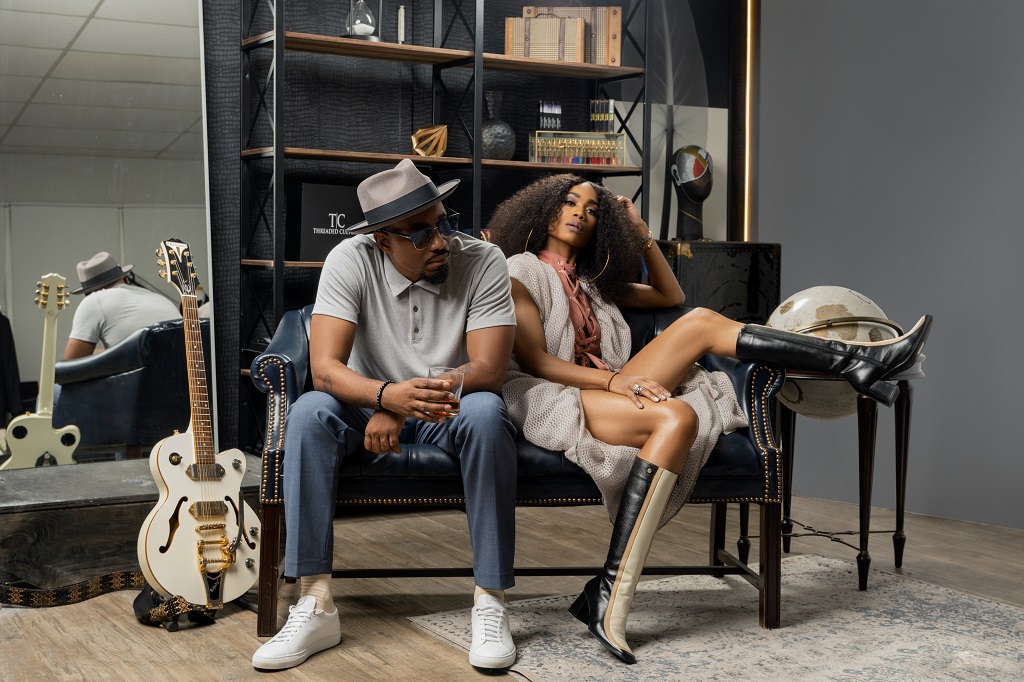 Their superb cover of this late ’80s inspirational has no bells and whistles to fill out the production. It’s for a good reason. Blessett’s and David’s soul-searching vocals do the heavy lifting, mounting and descending at the right moments to make hearts full of hope.

“Heaven” marks the second collaboration for the pair after Blessett joined David on his 2011 album, As Above So Below. She assists on “4Evermore,” which peaked at No. 2 on Billboard’s Adult R&B Airplay chart in May 2011.

Of collaborating with Blessett on this remake, David said, “With us both living in Atlanta our paths are always crossing. We chose this song for our first duet in a long while because it’s a feel-good classic we grew up on. I like songs that give a transcendent feeling.

When deciding on the arrangement and production style, producer Eddie Stokes and I were looking to strip it down and still retain the deep emotion.”

Blessett has not released a new album since 2014’s Recovery. The lead single, “Nobody But You,” almost cracked the top 10 on the Adult R&B chart, and it reached No. 11 in December 2013.

Since then, Blessett has worked comfortably and quietly on albums by Kelly Price and Lyfe Jennings. She made a cameo on “Crashing Down” from Jennings’ final album 777, released in August 2019.

Listen to “Heaven” by Anthony David and Algebra Blessett below.

Bill Maher ‘Not Down With’ Jack Del Rio Punishment, Fined For An Opinion?!
Loot Review: Maya Rudolph’s Apple TV+ Comedy Has Banked a Wealth of Talent, But It Doesn’t Quite Pay Off
Disney Screens New Scenes From ‘Avatar: The Way Of Water,’ Extended ‘Thor: Love And Thunder’ Footage – CineEurope
Ne-Yo Releases Video for ‘You Got the Body’
Rufus Wainwright: “Madonna’s been quite mean to me a couple of times”