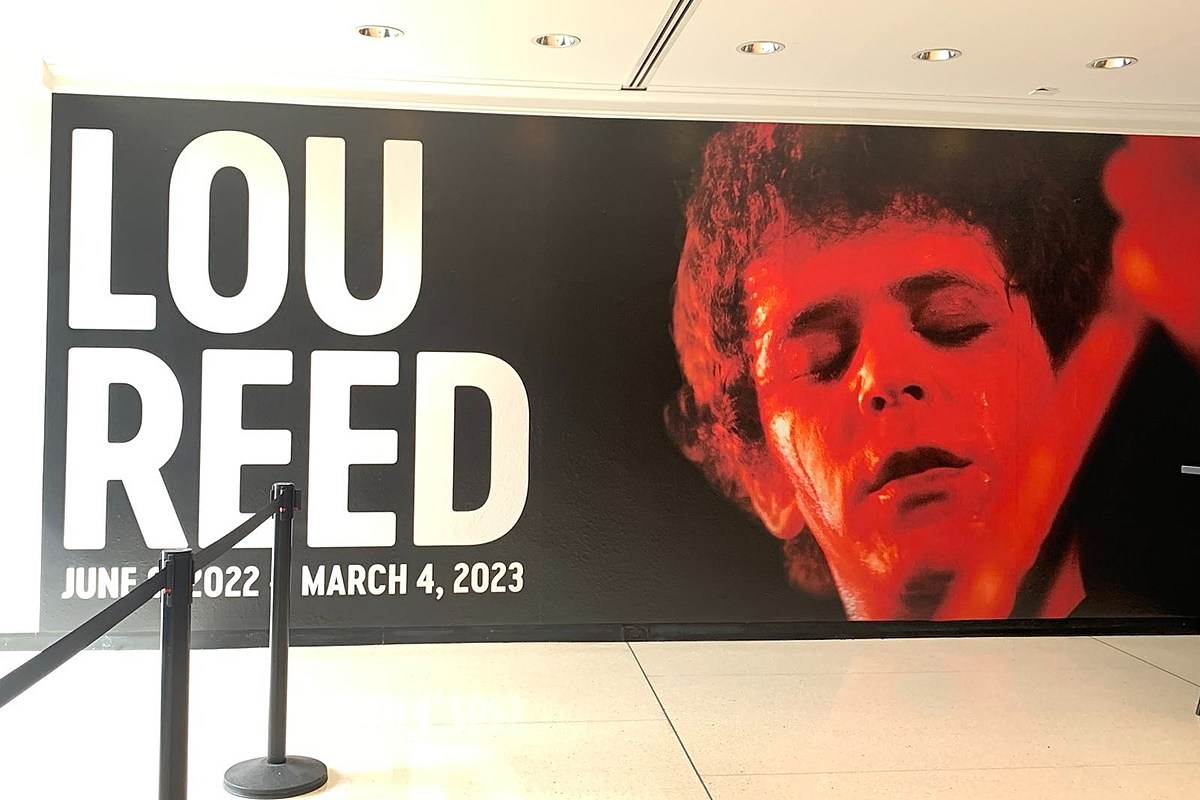 In Lou Reed‘s final interview, he put it plainly: “My life is music.”

As the principal songwriter of the Velvet Underground and an acclaimed solo artist after that influential band broke up, Reed spent more than five decades honing his craft, expanding sonic horizons and making an indelible mark on popular music. Now, his life in music can be examined in a new exhibit featuring artifacts from his expansive career.

Lou Reed: Caught Between the Twisted Stars opens today at the New York Public Library for the Performing Arts at Lincoln Center and will be on display until March 4, 2023. (The exhibit’s title takes its name from a lyric in “Romeo Had Juliette,” the opening track off Reed’s 1989 solo album, New York.)

Curated by producer Don Fleming, who served as archivist for the Lou Reed Archive, and Jason Stern, who worked as Reed’s technical director, the exhibit was also made possible by Reed’s widow, Laurie Anderson.

“We’ve been working for years to put this together,” Anderson said at a recent press preview of the exhibit. “And I just wanted to say that it’s my dream to have this great poet of New York in the public library.”

The New York Public Library for the Performing Arts’ Music & Recorded Sound division first acquired the Reed archive in 2017, though this is the first time the materials have been displayed in a major exhibition.

There are many highlights in the exhibit, ranging from items of significant historical merit — a five-inch reel-to-reel tape with some of Reed’s earliest recordings that he had mailed to himself in 1965 and had remained sealed until he died in 2013 – to personal artifacts like valentine cards from Reed’s Velvet Underground bandmate Mo Tucker, in which she lovingly addresses him with her nickname for him: “Honey Bun.”

One entire wall is made up of Reed’s record collection. Next door is the recreated office of producer Hal Willner, a friend and close collaborator, set up like it was when Willner died in 2020. In another room is an audio experience that Reed developed in 2012 with the audio-visual lab Arup: a sound installation capable of playing Reed’s music in mono, stereo, quadrophonic and full Ambisonic spatial audio. Reed once lamented that he was never been able to translate the sound of a live performance onto a record, but standing in the center of this installation comes pretty close to replicating what Reed heard as he performed onstage.

The new exhibit paints a striking portrait of an artist lauded for his radical approach to music-making, though, as Anderson describes it, “you don’t need white gloves” for Lou Reed: Caught Between the Twisted Stars. Admission is free and open to the public. You can see a gallery of photos from the exhibit below.

Exhibit of artifacts from the late singer-songwriter’s career will be on display until March 2023.