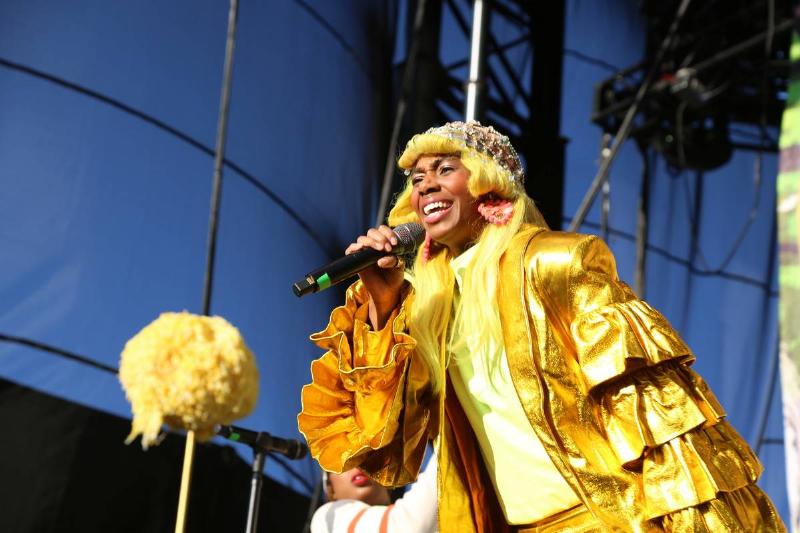 Santigold is having one heck of a week. Not only has she dropped a new single for her adoring fanbase, but she has also announced her new album, Spirituals, is on the way. With the release of new music, the artist wants to embrace “moving forward” and hopes to inspire optimism after years of worldwide turmoil.

Her new song, “Ain’t Ready,” is her “own battle song. It’s about taking the hits that life brings and getting back up.”

Spirituals was recorded and written during lockdown and will feature themes of “surviving and rising above the modern world.” In a press release, the album was described as:

“I decided to create the future, to look towards where we are going, to create beauty and pull towards that beauty. I need that for myself, but it’s also there for whoever else needs it.”

“I loved the idea of calling it Spirituals because it touched on the idea of Negro spirituals, which were songs that served the purpose of getting Black people through the un-get-throughable.”

Spirituals is Santigold’s 4th album, and first since 2018’s I Don’t Want: The Gold Fire Sessions. That LP was dancehall inspired. Her new work appears to be moving her music in a different direction. Featuring 10 new tracks, Spirituals is set to be released on September 9.

Two singles, “High Priestess” and “Ain’t Ready” have been released, and pre-orders for the album are available now. Make sure you don’ miss out!