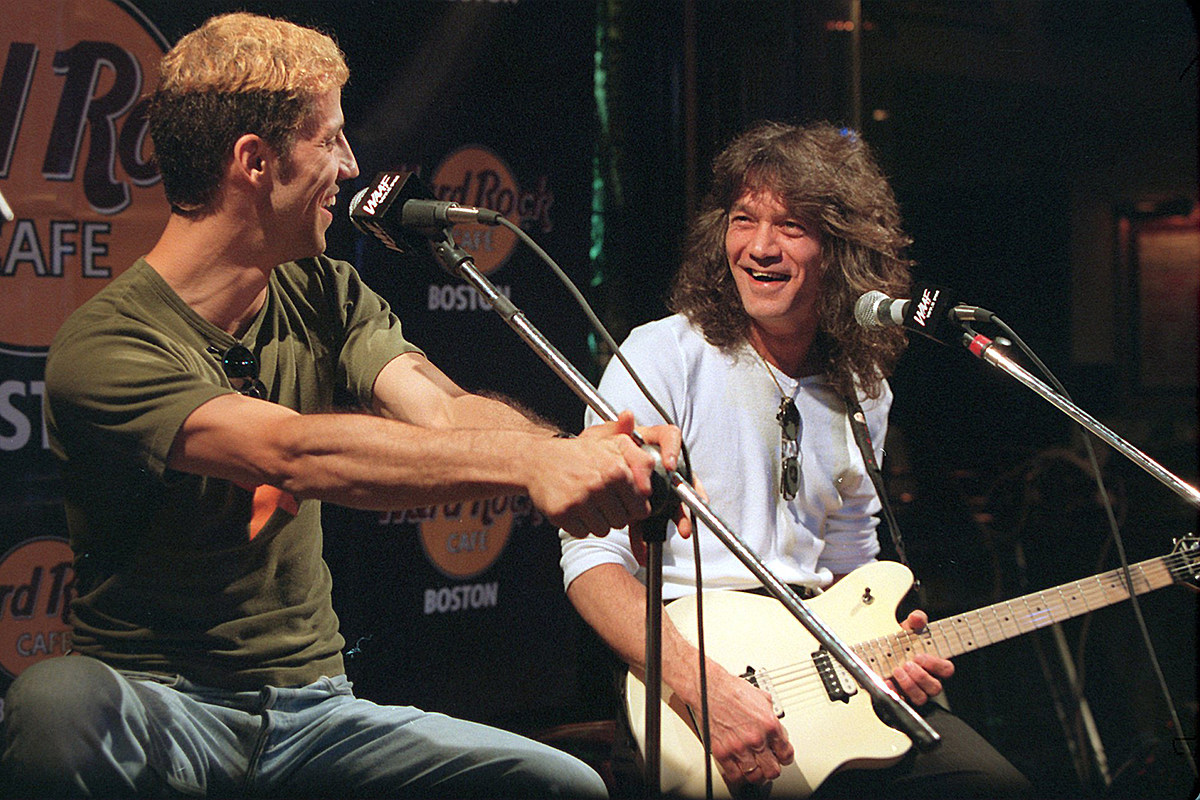 Gary Cherone says Eddie Van Halen hinted about plans for a “kitchen sink” tour, but the Extreme frontman didn’t understand at the time.

Discussions were underway to create a shared bill that would have celebrated every era of Van Halen’s history, before Eddie died in 2020. That would have potentially opened the door for Cherone to return for the first time since Van Halen III. Meanwhile, Cherone said he and Van Halen had “rekindled” their friendship in 2015 or 2016.

“I reached out to him and we picked up where we left off,” he recently revealed on SiriusXM’s Trunk Nation with Eddie Trunk. “It was wild, because we went back and forth and we talked. Then when I went out to L.A., I finally got to see him, and it was great.”

Most of their interaction was talking “as friends,” Cherone said, “but there was a couple of conversations. Little did I know, until it was confirmed by [son] Wolfie [Van Halen] after Eddie passed. I remember hanging out with Eddie and he was talking about the ‘kitchen sink,’ [but] not in those terms. It was around [their] 40th anniversary and they were talking about getting together to do something.”

The plan for that project was to work with David Lee Roth, but Cherone threw his hat in the ring anyway. “I remember saying to him, ‘Hey, if it doesn’t work out, I know a singer for cheap!’ He laughed and he looked at me, and at the time he goes, ‘You never know.’ And I remember thinking, ‘That was odd.’ I just remembered him saying that, and then when Wolfie [explained] after he passed, I go, ‘That was his reference.’”

Cherone said Van Halen was already undergoing cancer treatment when they reconnected. “All he said to me was, ‘I’m kicking its ass,’” Cherone said, “and at the time he was. He’d have good days. There was one time I saw him, and he was just getting back, and he was just, like, ‘Ah, man. I’m not feeling great.’ And [I said], ‘That’s cool. We can just hang for a little while.’

“I think the last six months it got real quiet,” Cherone added. “I reached out to him a few times and he got back to me later. I just had a feeling something was going down.”

You’ll see him with long hair, short hair, a variety of his most famous guitars and all three of his band’s lead singers.