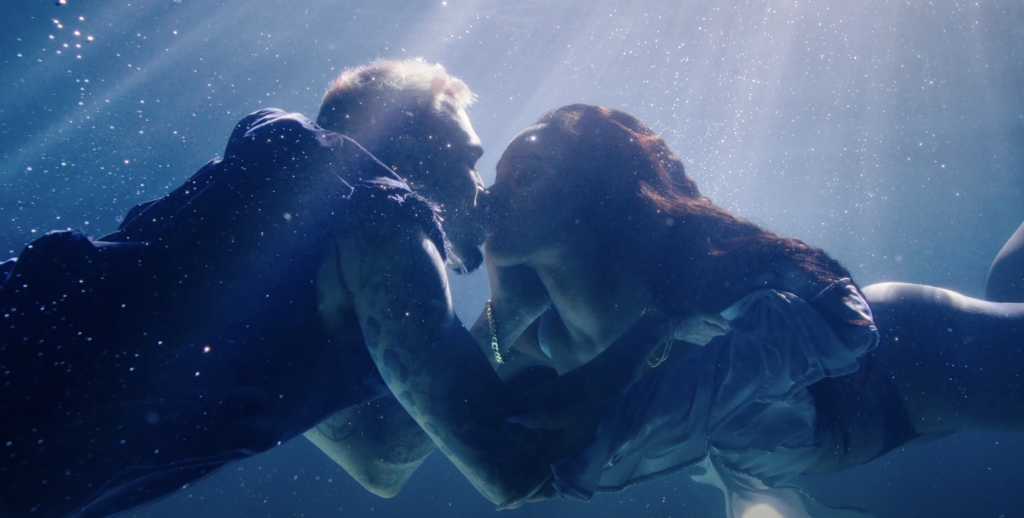 Chris Brown has released a video for his new single “WE (Warm Embrace),” which includes a special appearance from Normani.

The five-minute visual opens with Brown dreaming about falling from outer space. His new song “Sleep at Night” plays as he’s making his way to earth. A minute later, he wakes up and gets ready for a special night with his love interest, played by Normani.

“WE (Warm Embrace)” and “Sleep at Night” are lifted from Brown’s tenth album, Breezy, out June 24 via RCA Records.

The album is the follow-up to 2019’s Indigo, which debuted at No. 1 on the Billboard 200 chart. Last Friday, Brown released his Wizkid-assisted track “Call Me Every Day,” which will also appear on Breezy. The 23-track album will also include features from Anderson .Paak, Blxst, H.E.R., Ella Mai, Est Gee, Fivio Foreign, Jack Harlow, Lil Wayne and more.

In an interview with Big Boy, Brown teased his upcoming collaborations with Ella Mai and Lil Wayne. “She’s one of the dopest vocalists,” Brown said about Mai. “She just understands the rhythm in R&B and how to sing. The song that we have…she named like six or seven songs that I’ve done but as metaphors within her verse.”

He also noted, “Wayne probably gave me one of the hardest verses.”

On July 15, Brown will kick off his One of Them Ones Tour with Lil Baby. They will play across North America in major cities, including Philadelphia, Washington, D.C., New York City, Toronto, Atlanta, and Los Angeles.