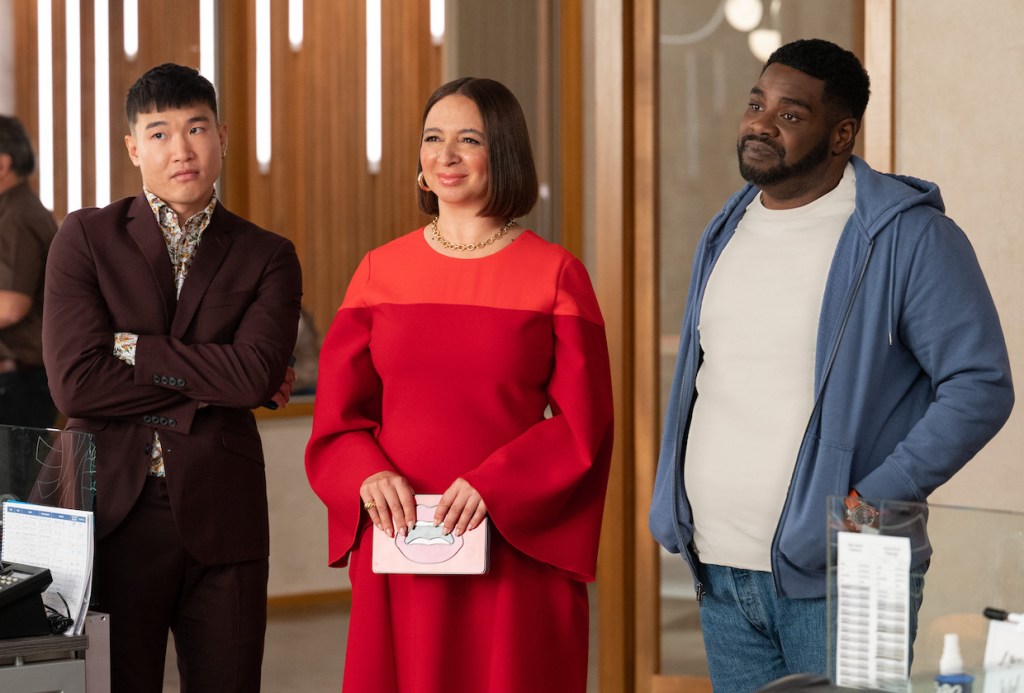 If anyone can get us to sympathize with a clueless billionaire, it’s Maya Rudolph, right? The SNL alum has been a reliable source of laughs for two solid decades now, and it’s nice to see her get a well-deserved turn in the spotlight with the new Apple TV+ comedy Loot, premiering this Friday (I’ve seen the first five episodes). Loot is a pleasant enough viewing experience, with a few sharp one-liners and a truly top-notch cast. But it’s also slightly disappointing, hampered by repetitive plot dynamics and a confused tone.

Rudolph stars as Molly, a filthy rich wife whose carefree life of luxury comes to a screeching halt when she catches her tech gazillionaire husband (Adam Scott) cheating. Her consolation prize is an eye-popping $87 billion (!) divorce settlement, but it doesn’t help much; if she’s not a rich guy’s wife, Molly doesn’t even know who she is anymore. Aimless and lonely, she gets a call out of the blue from a charity foundation in her name that she didn’t even know existed — and she latches on to it, inspired to clean up her act and put her money to good use, MacKenzie Bezos-style. 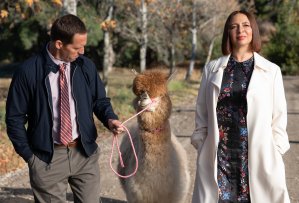 A lot of Loot‘s charm comes directly from Rudolph, who’s such a joyful performer to watch. (Co-creators Alan Yang and Matt Hubbard, from Parks and Rec and 30 Rock, also worked with Rudolph on the unsung Prime Video gem Forever, so they know how to take full advantage of her considerable appeal.) The role of Molly is a tricky one, though: She’s completely tone-deaf and oblivious to the concerns of the less-than-ultra-rich — she thinks residents at a homeless shelter could use solid-gold panini presses — and it’s hard to feel sorry for her, with infinite resources at her disposal. In fact, the show’s whole approach to wealth is a bit muddled and problematic. It can’t decide if it wants to be glossy wish fulfillment or a sobering wake-up call about income inequality, so it tries to do both, making for an awkward clash in tones. No, money can’t buy you happiness… but ooh, look at Molly’s shiny private jet!

Rudolph’s innate warmth does a lot to keep the show afloat, though, and she’s buoyed by a supporting cast loaded with seasoned comedy veterans. Joel Kim Booster gets most of the best punchlines as Molly’s eager assistant Nicholas (“On the scale of ageless Jennifers, you went from Aniston to Lopez,” he tells his boss), and Ron Funches is a lot of fun as Molly’s distant relative Howard, who got a job at the foundation thanks to her. Nat Faxon gives off major Toby-from-The Office vibes as dorky divorced accountant Arthur, and there’s a cute semi-romance brewing between him and Molly. Plus, Pose standout Michaela Jaé Rodriguez gets to show off her comedic skills as the foundation’s idealistic director Sofia. 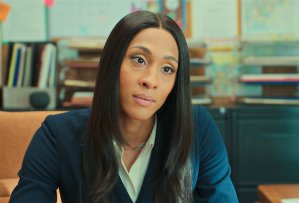 She’s mostly a one-note stick in the mud, though, and her relationship with Molly quickly gets repetitive. After a promising setup, Loot settles into a rut of familiar sitcom rhythms: Molly does something thoughtless, she scrambles to make up for it, she throws a bunch of money around, Sofia warms up to her a tiny bit, roll credits. (Nicholas and Howard are forced to become friends almost out of narrative necessity, since Molly is usually off somewhere screwing up.) It’s billed as a “workplace comedy,” but since so little of the action actually takes place at the workplace, it’s not much of one.

It’s tough, because there’s so much about this show that I like, but I can’t shake the feeling that I wanted to see something more ambitious and boundary-breaking (and funny!) from a creative team of this caliber. Though there’s still time for Loot to find its footing and take a harder look at its main character, so far it goes down as a missed opportunity.

THE TVLINE BOTTOM LINE: Maya Rudolph gets the starring role she deserves, but her Apple TV+ comedy Loot is disappointingly mediocre.