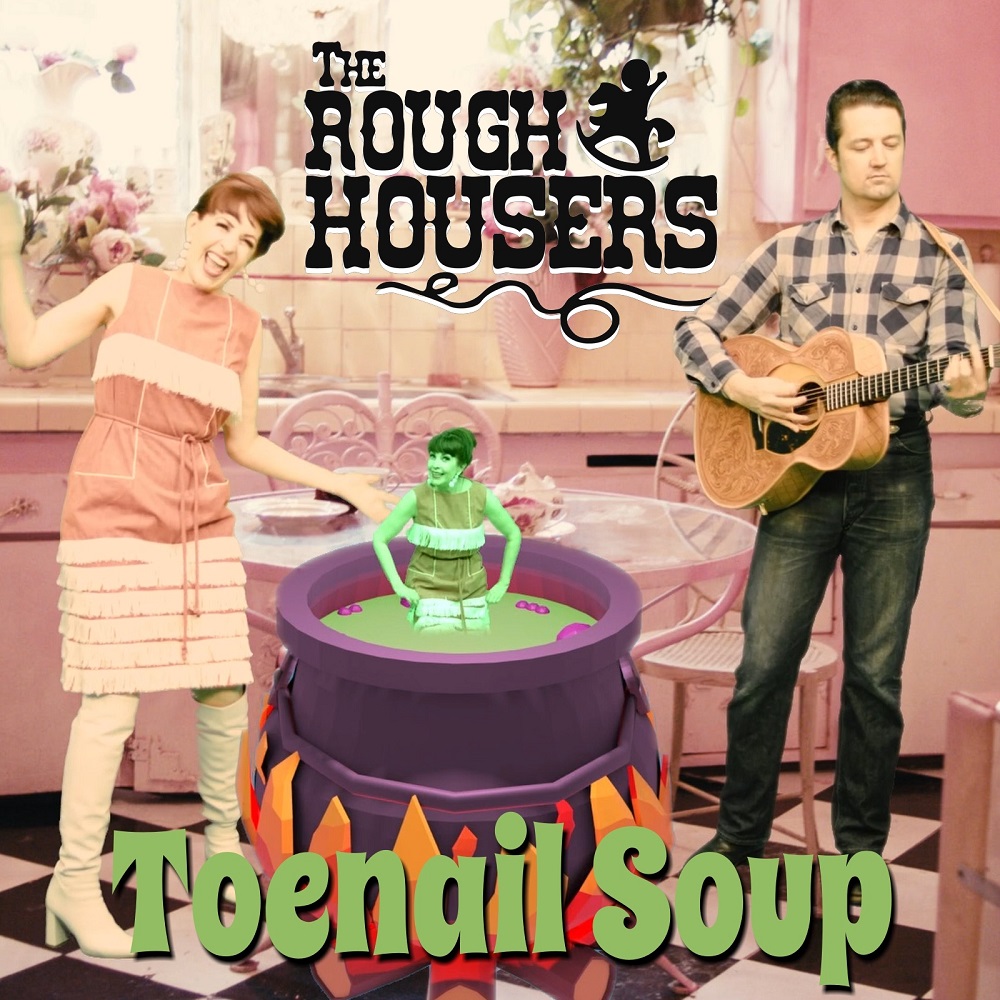 The best children’s music tends to be what adults would call good music in general; simple, straightforward, but cerebral enough to inspire artistic wonder, much as the source did for the players creating it. The Roughhousers specialize in this genre, and their new singles “Monkey Butt” and “Toenail Soup,” despite their comical titles, are sterling examples of what quality melodicism can produce in any setting or genre. For kids, this content is clean, whimsical, and quite charming, while adults are likely to enjoy the pastiche of post-hipster Americana, gypsy folk-pop, and rockabilly sewn into the fabric of both tracks.

In “Monkey Butt” and “Toenail Soup” the same, the guitar is a star that can compete with the best vocal Grey DeLisle can offer, which isn’t anything to shake a stick at if you know how powerful a voice she’s bringing to the table. The swing is a lot more energetic with the fretwork beside the drums, and we get a sense of the physicality of the music without any overwhelming swell from the melody. Technical specs aside, there’s just a keen warmth to this music that makes a listener feel like a kid again, which is quite a nice feature, to say the least.

The vocal dynamics in “Toenail Soup” were of particular interest to me, and I think they can work no matter the tempo this duo is playing a composition at. The unspoken moodiness or flat-out banality of commercial children’s music is absent here, and only partly because of The Roughhousers’ deliberate style of creativity. They’re as much an indie band as they are creators of a niche style of music, and by not preventing overlap between these two identities in these singles, I think they’re able to stir up even more credibility as an act.

The Roughhousers’ music videos for “Monkey Butt” and “Toenail Soup” are fun and supported by eccentric props that work impeccably with the theme of the lyrics, and they’ve made this material even more appealing to younger audiences fascinated with mighty melodies and freewheeling imagery alike. If you’re trying to raise a little one with a sense of culture in their music taste, this might be a band that you want to check out; and as for anyone who likes Americana that sits as far away from the pretentiousness of the mainstream as you can get, this is still a twosome that you’re probably going to endorse.