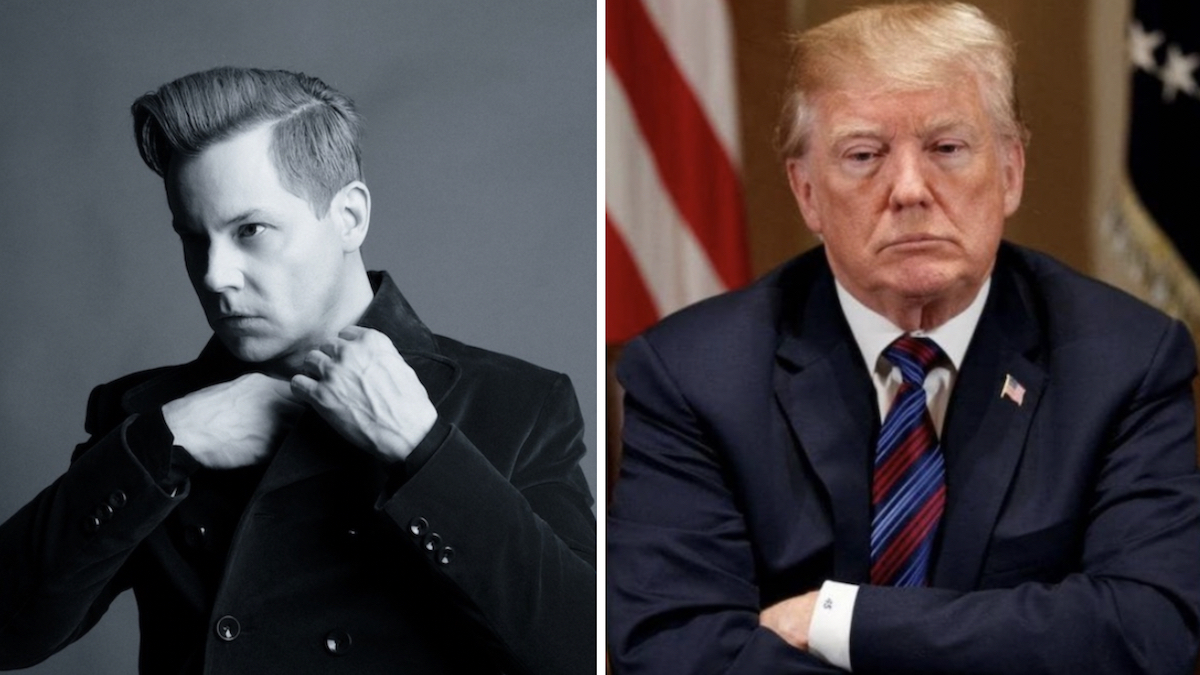 Like many of us, Jack White is incensed at the Supreme Court’s decision to overturn Roe v. Wade and strip people of their constitutional right to safe abortions. In a lengthy Instagram post, the rocker expressed his frustration at the court itself, the two-party system, and especially former President Donald Trump, a “clown” who selected “THREE conservative supreme court justices, THREE.”

White complained that the two-party system “allows the chance for one of the parties to promote a professional wrestler of a ‘politician’ with absolutely no experience in govt., who cares only about his own ego, who uses Christianity (of which he isn’t one) to propel his career at the expense of those Christians (and the rest of us all), who uses patriotism as a dog whistle for racism and fear etc., and all of this goes unchecked because the OTHER party doesn’t have enough of a majority to keep this person from slowly destroying any progress we’ve made in this county.”

He continued, “Now these three judges, completely disinterested and unaffected by the what the actual majority wants and needs, have just taken the country back to the 1970’s to start all over again fighting for women’s rights.”

White reserved plenty of vitriol for Democrats, writing, “Congrats Democrats, your weakness in allowing Trump’s illegal activities to go unpunished during his entire term lead to this. Filibuster anyone? Your ‘majority’ in govt. is useless.”

He ended by calling out Trump’s hypocrisy: “Well Trump, you took the country backwards 50 years. I hope your dad is smiling and waving down on you from heaven, while his other hand holds a record of all the abortions you secretly paid for behind closed doors.” Check out the full statement below.

Plenty of other actors, artists, and musicians have also weighed in on the Supreme Court ruling, including Taylor Swift. Meanwhile, Netflix, Amazon, and Disney are among the companies who’ve offered to reimburse employees for travel expenses if they seek an abortion in a state where it’s legal.