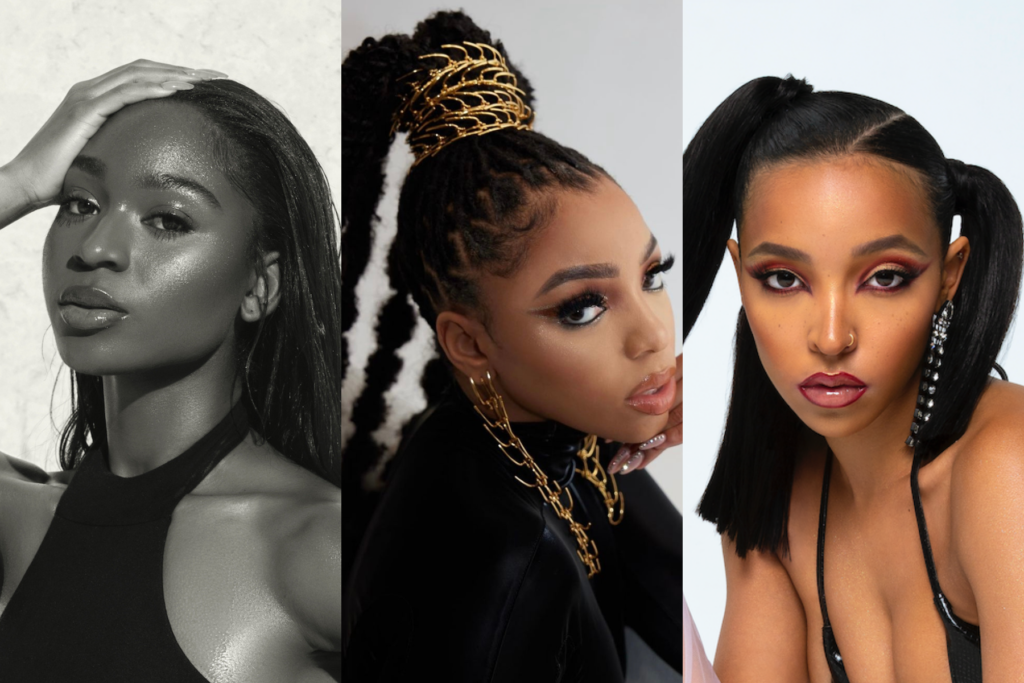 Snoop and Williams appeared on Vol. 1, which also featured John Legend, Frank Ocean, Kehlani and Jessie Reyez, among others.

Normani and Tinashe are no strangers to working with Calvin Harris. Normani teamed up with him in 2018 on Normani x Calvin Harris, a double single that included “Checklist” featuring Wizkid and “Slow Down.”

Since releasing her latest single “Fair,” Normani has collaborated with Josh Levi on his “Don’t They (Remix)” from his Disc Two EP. This month, she co-starred in Chris Brown’s “WE (Warm Embrace)” video, where she performed intimate choreography with the R&B megastar.

As for Tinashe, she appeared on Harris’ 2014 album, Motion, on “Dollar Signs.” The song was in her setlist for her headlining Aquarius Tour in support of her debut album. Most recently, Tinashe released 333 (Deluxe), an expanded edition of her 2021 LP. The standard album appeared on Rated R&B’s Best R&B Albums of 2021 list.

Chlöe, who recently performed at the 2022 BET Awards, is prepping for her debut album that will release on Parkwood Entertainment/Columbia Records.

A release date has not been announced at the time of this publishing. However, she has kept fans engaged with new music. Earlier this month, she released her third single “Surprise,” as well as a video that co-stars actor and model Broderick Hunter.

Smith has been quiet this year, in terms of music. However, in 2021, she released her Be Right Back EP and an amapiano-inspired song called “All of This.”

Watch the teaser for Funk Wav Bounces Vol. 2 below.

Kendrick Lamar Thanks Jay-Z For Clearing “Izzo” Sample For Free.99
Get Ready for Season 5 of The Simonetta Lein Show: World-Renowned Celebrity Talk Show!
Westworld Composer on the David Bowie Needle Drop In Season 4, Episode 7: “It Just Played So Perfectly”
BLACKPINK X PUBG MOBILE – ‘Ready For Love’ M/V
“I Guess I Am the Only One” by Lorenzo Gabanizza and Jeff Christie