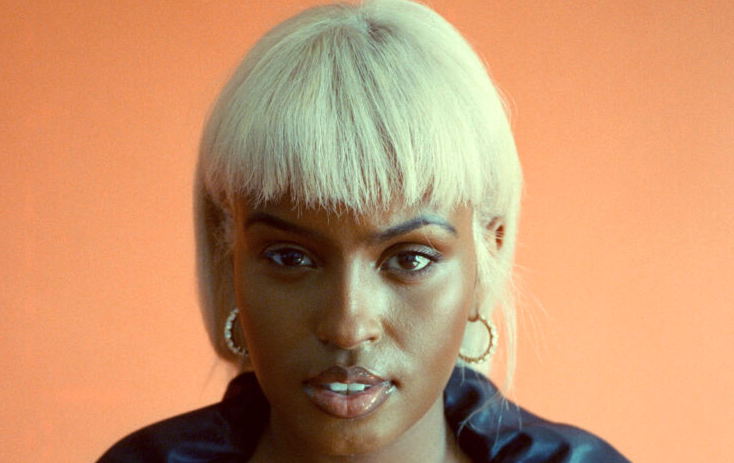 Idman has released another new song from her upcoming EP, Risk. The track is titled “Look At What I’m Doing To You” and it was the first song she ever recorded.

The flamboyant tempo and alluring mood of “Look At What I’m Doing To You” enable Idman to do a high-level job of showcasing the dreamlike feel of her breathy vocals. Its message targets culture vultures who are mere representations of Black and Brown people, even in their time of hate.

“If I tell you where I’m from you say love that / We came here by ourselves, can’t take us back / Send that energy to somewhere else / You can’t break us down, we made ourselves / From your style to your walk to the way you part your hair / In the way we flick our wrists, rhythmless stares / Gave it to a world that don’t deserve us,” she sings.

Idman wrote “Look At What I’m Doing To You” after former President Trump led a MAGA rally, where he spewed a hateful chant to U.S. congresswoman Ilhan Omar. “Seeing her laugh in the face of adversity was inspiring because it embodied the on-brand energy of Somali women,” said Idman.

“Look At What I’m Doing To You” comes with a Sabaah Folayan-directed video inspired by renowned director Hype Williams.

Idman issued the self-reflective anthem “Good Life” earlier this year. It is the previously-shared single from Risk, which arrives sometime later this year via Artista Records.

Last year, Idman made their debut with the song “Down For It.” Produced by THABO, the midtempo jam has been streamed more than 1.6 million times on Spotify since its July release. In between racking up streams, Idman released its artistry music video, which Folayan directed as well.

Take a listen to Idman’s new song “Look At What I’m Doing To You” below.