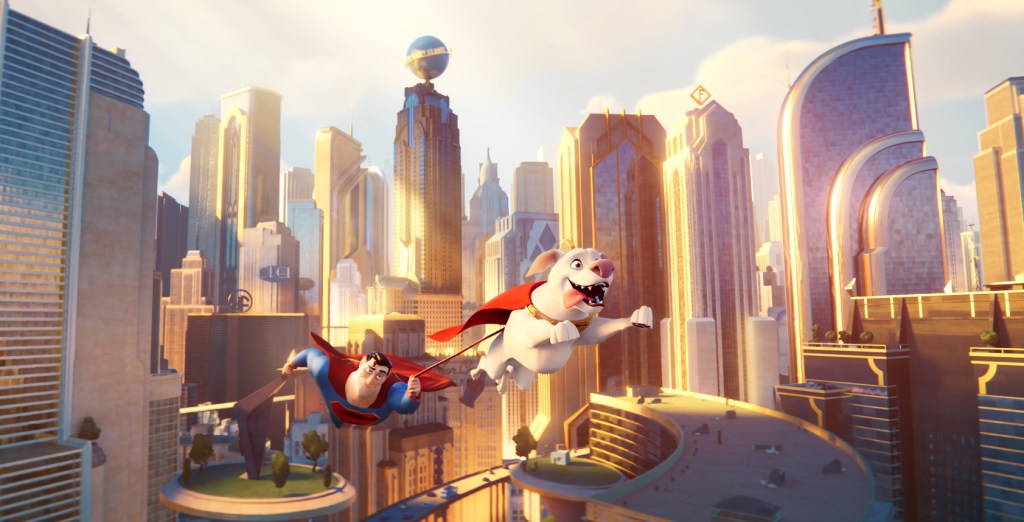 Warner Bros is looking to excite family audiences that have OD’ed on Minions: The Rise of Gru with a new animated movie this weekend, the Dwayne Johnson– and Kevin Hart-voiced DC League of Super-Pets. The pic directed by Jared Stern and Sam Levine made $2.2M in Thursday night previews at 3,200 theaters.

Industry estimates earlier have been optimistic for the film, seeing $25M-$30M at 4,300 sites, which easily would send DC League of Super-Pets to top of the weekend box office. That would be a super start considering Warner Bros.’ DC previous entry into the animated space, Teen Titans Go! to the Movies ended its domestic run with $29.7M back in summer 2018 after a $10.4M opening. The comp here for DC League of Super-Pets is Universal/DreamWorks Animation’s spring pic The Bad Guys, which opened to an $8M Friday and a 3-day of $23.95M after $1.15M in Thursday night previews, which Super-Pets easily beats.

The difference between the commercial results of Teen Titans and DC League of Super-Pets is that the latter is fueled by the combined social media promotional superpowers of Johnson and Hart, who count a combined 624 million-plus followers across Facebook, Twitter, Instagram and TikTok.

The $89M production follows Krypto the Super-Dog (voiced by Johnson), Superman’s dog, who is tasked along with Ace (Hart) with rescuing the Man of Steel. The pic also is opening in 63 international territories, repping 76% of its box office potential. Major markets not going this weekend include South Korea, Japan, Italy and Australia.

DC League of Super-Pets counts a 71% fresh Rotten Tomatoes score, and though not in the 90-percentile range, middling reviews won’t keep families away from this Johnson/Hart family package.