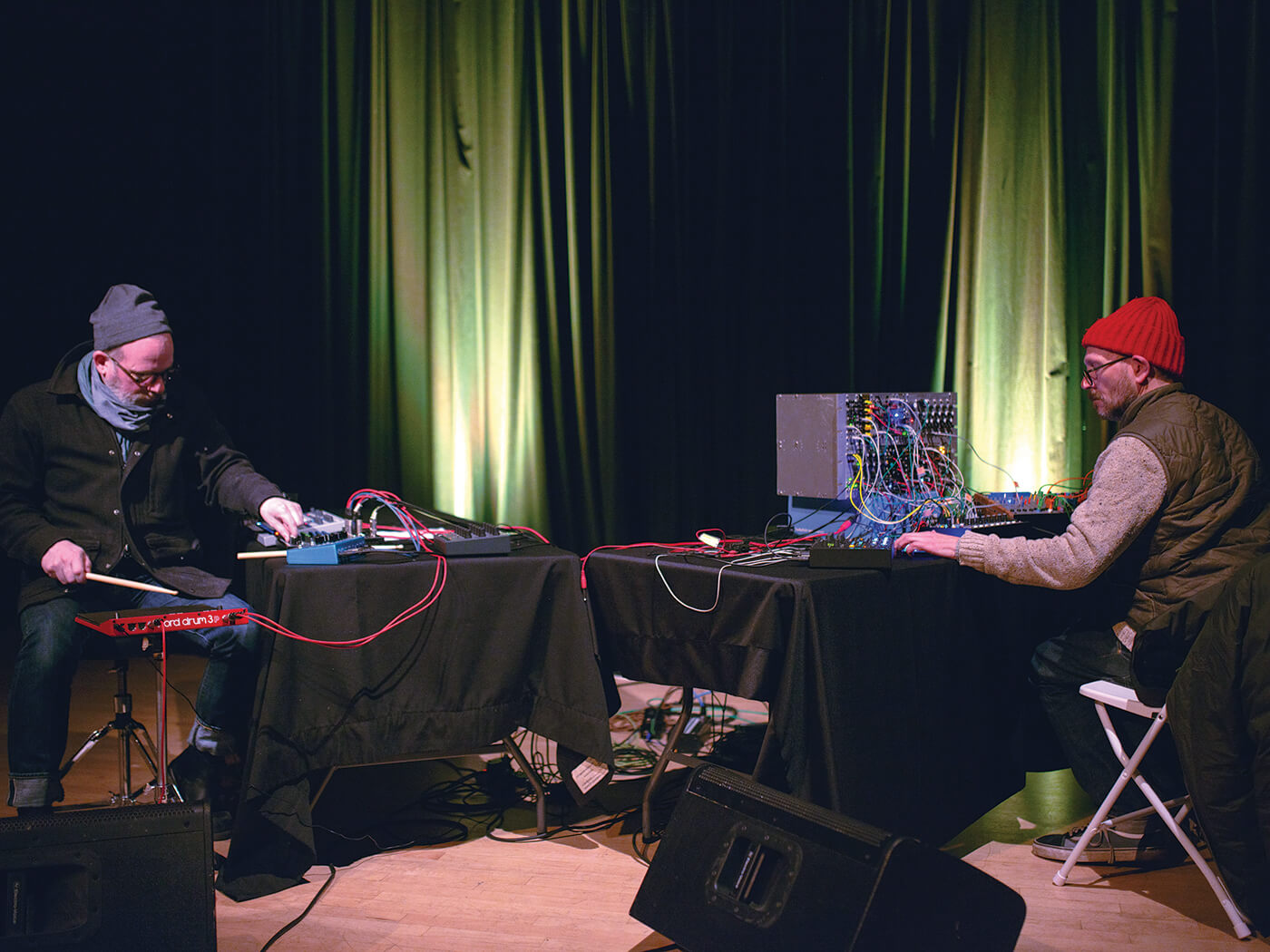 Sam Prekop and John McEntire have worked in harmony for close to 30 years. As the singer-guitarist and drummer in The Sea And Cake – alongside bassist Archer Prewitt – the pair have amassed a body of work that takes a good few hours to sift through on Spotify, though such is the breezy, effortless nature of the material, you’d be hard pushed to remember which songs stand out. For fans, this familiarity has long been part of the Chicago band’s appeal: across 11 albums since their debut in 1994, The Sea And Cake’s innocuous post-rock – at times jazzy, sometimes overtly pop, always elegantly turned out – has been a reliable, comforting presence; a stable reminder that no matter how terrible things are in the world, Sam Prekop will still be singing his inscrutable poetry in hushed tones over lushly arranged grooves, each new instalment of classy fusion slightly different to the last.

Listen closely and they’re a dynamic proposition – elements of modular synthesis and percussive percolations populate 2011’s The Moonlight Butterfly and 2012’s Runner – yet like any quality act, their individual talents are in service to the benefit of the group, and The Sea And Cake’s enduring geniality can often appear to have turned these elite musicians into journeymen. With Sons Of, Prekop and McEntire’s first joint collaboration, we get to hear what happens when they’re freed from the band format, when conventional structures no longer apply, and these inherently reserved creatures are let loose in the wild. As an exercise in live, largely improvised electronics, these four long pieces bring out the best in the pair, showcasing their ability to go with the flow while harnessing their particular strengths.

By choice, McEntire has spent his entire career as an engineer, mixer and producer working within the framework of other bands’ schedules – he recently worked on Ryley Walker’s Course In Fable – and as the driving force behind Tortoise, his skills as post-rock’s rhythm king shine only sporadically these days. Their last album, The Catastrophist, came out in 2016, and even within that group of free-jazz maestros each member has a role to play, naturally curtailing their opportunities for self-expression.

Prekop’s musical evolution is more revealing, because at some point between his 2005 solo set Who’s Your New Professor and 2010’s Old Punchcard he got the bug for modular synthesis and decided to shift his focus from shimmering indie to vocal-less analogue electronics, its patterns and irregularities appealing to his artistic sensibility (he’s also a photographer and painter). For a quiet and thoughtful man, the daring instrumental works on his two recent albums, The Republic (2015) and Comma (2020), perhaps allow him to say more about himself, as he attempts to give shape and meaning to the abstract sounds he’s generating in his home studio in Pilsen, Chicago.

Sons Of – named by McEntire after the Scott Walker song and featuring McEntire’s cats, Jackie and Lamar, on the cover – leads on from a couple of Prekop’s post-Comma excursions, “Spelling” and “Saturday Saturday”, two 20-minute pieces of pastoral circuit-bending for the Longform Editions imprint. Yet it’s McEntire who propels these new tracks along with succulent kicks and crisp snares, the hi-hats dissolving into hiss as “A Ghost Of Noon” breaks down midway in, and the pulses shifting to a four-four climax during “Crossing At The Shallow”. For a project that started out a few years ago as an occasional live improvisation – the pair sat on stage facing each other, hunched over their gear, no fixed idea of where they’re headed – it’s become a tantalising exploration of modern-day kosmische. Seemingly liberated by technology, these two fifty-something blokes conjure the kind of utopian panoplies dreamt up by Harald Grosskopf and Neu! on the 24-minute “A Yellow Robe”, a swirling, burbling journey that also nods to recent experiments by Roman Flügel and Peder Mannerfelt.

That track is based on a live recording from a show in Chicago at the end of last year, while “A Ghost Of Noon” stems from an earlier performance in Düsseldorf. Both were then buffed up by Prekop and McEntire in their respective studios – McEntire now lives in Portland, Oregon – and then sent between each other until finished. What’s most surprising about Sons Of is how comfortable the pair are with this more psychedelic direction – leading you to wonder why they’ve never done this kind of thing before. The closing “Ascending By Night” is a powerful piece of smouldering techno, bathed in gauzy synths. If this is what the post-rock afterparty sounds like, count us in.