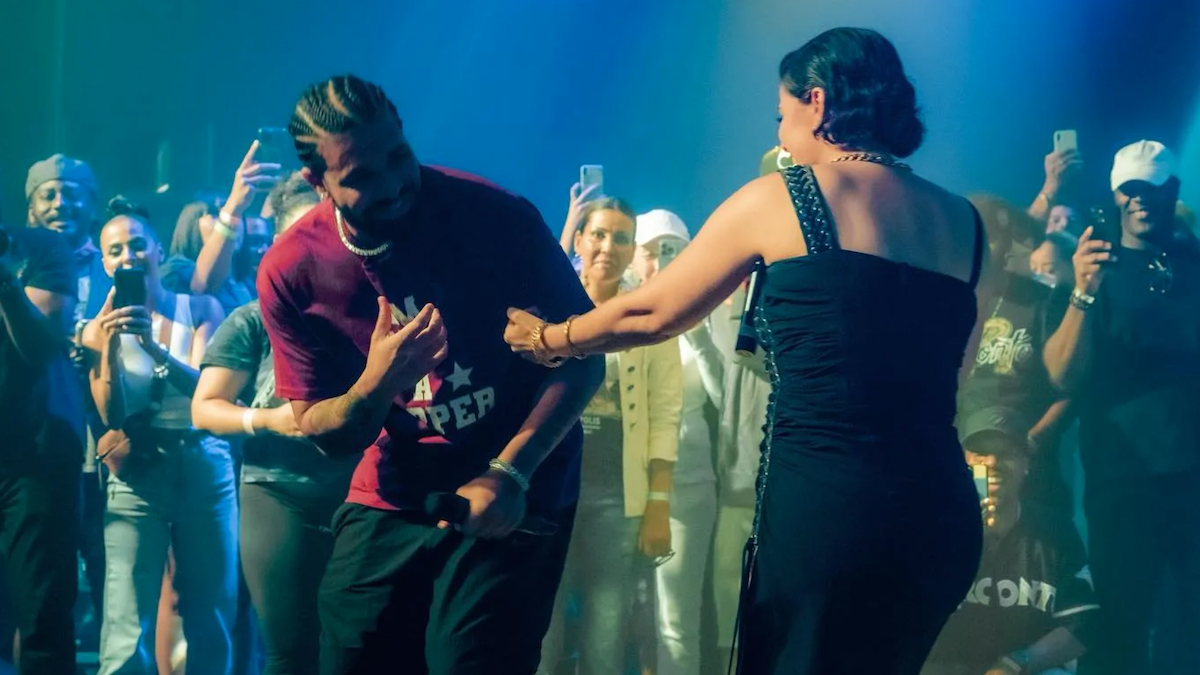 America’s favorite Canadian, Drake, hosted a big night of music on Thursday (July 28th) called All Canadian North Stars, a concert spotlighting some of his home country’s best hip-hop exports. As a surprise during his October World Weekend festival, the rapper brought out 2000s pop icon Nelly Furtado to duet her 2000 hit “I’m Like a Bird.”

“Right now I need you to sing as loud as you possibly can, because this right here took a lot,” Drizzy told the crowd at the Toronto venue HISTORY. “This next person’s music changed my life so much. I love her with all my heart.” Cue Furtado’s entrance to her unforgettable smash “Promiscuous,” which immediately set the crowd into a frenzy. Considering the singer hasn’t toured since 2017, the reaction feels very appropriate.

Drake and Furtado then led the crowd in a group singalong of “I’m Like a Bird,” during which the rapper shamelessly belts out the chorus — as anyone in their right mind would. You can watch fan clips of the new pals and fellow Canadians duet the song below.

It seems Drake’s really been in a nostalgic mood lately, as he also crashed the Backstreet Boys’ recent Toronto show for his favorite bar mitzvah jam “I Want It That Way.” October World Weekend will continued on the 29th with performances from Chris Brown and Lil Baby, while August 1st will bring together Lil Wayne, Nicki Minaj, and a Young Money reunion. Drake’s most recent studio album was June’s Honestly, Nevermind.

drake and nelly furtado singing i’m like a bird together.. this is canadian history pic.twitter.com/KhIh5qan20