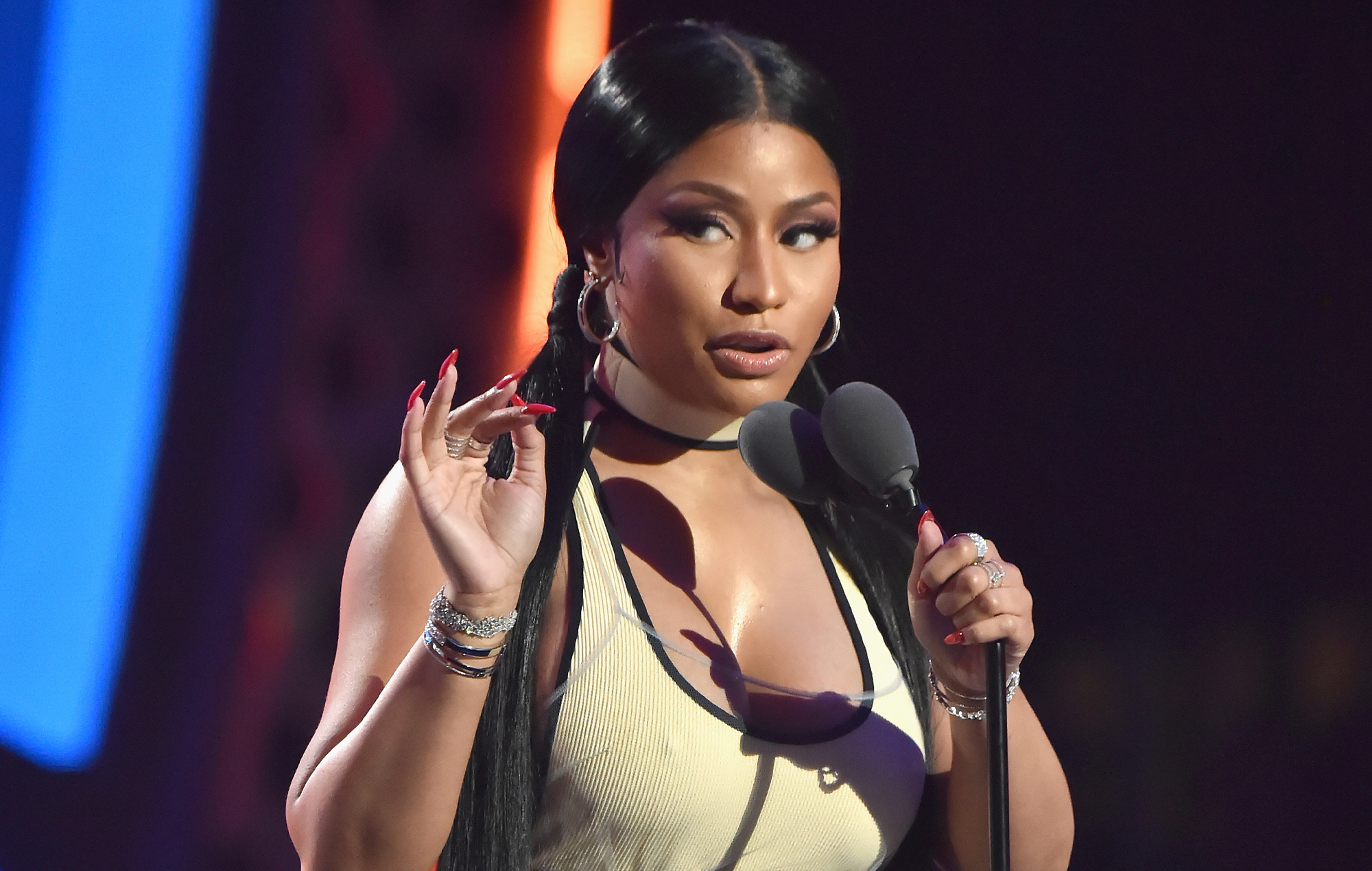 Nicki Minaj has fired back at an outlandish rumour that she’s $173million (£142.5million) in debt with the IRS, pinning the false claim on a person pretending to be her manager.

Taking to Instagram Live over the weekend, Minaj responded to fans mentioning the rumour by ribbing them over their gullibility, quipping: “Every day I learn that y’all [are] gettin’ dumber and fuckin’ dumber.”

As she tends to when she livestreams, Minaj tackled the issue with a general sense of levity. She began addressing the rumours by fake crying, ‘sobbing’ that “my assistant, y’all, they went and told everybody that it is true, how I owe $173million to the IRS, and I hooked up [Minaj’s personal hairstylist, Dionte Gray, aka] Tae”.

Minaj quickly broke out into laughter, before continuing: “Tae is so uncomfortable around the man I married… Tae don’t ever like to be around him, and Tae was calling that assistant, begging that assistant to stop spilling my tea.”

Have a look at a snippet from Minaj’s livestream (around three minutes in), courtesy of The Breakfast Club, below:

The rumours in question began to spread earlier this week when a fraudulent Instagram account, claiming to belong to someone named Kate Miller, made a series of allegations against Minaj under the pretext that they were her “ex assistant who she fired for absolutely no proof of fraud with her bank account”.

Among the posts shared by “Kate Miller” were claims that Minaj had racked up her nine-figure “debt” over the past six years alone; that her husband, Kenneth Petty, was abusive; and that she’d preemptively paid $75,000 (£62,000) to have her forthcoming single, ‘Freaky Girl’, chart higher than it would based on authentic streams.

Whew chile! Family, a woman claiming to be #NickiMinaj’s ex-assistant is making some wild accusations about the rapper, from allegedly owing several millions in taxes, to paying off bloggers, rappers and media outlets, abuse allegations and more, {PART 1}. pic.twitter.com/Fn4OobBcvH

This is the second time in the past month that Minaj has been forced to address wild rumours about her personal life. In July, she responded to buzz that she’s expecting her second child with Petty by joking, “I’m not pregnant, I’m fat… But thanks, guys, for all the congratulatory messages!”

Meanwhile, the rapper is gearing up to drop ‘Freaky Girl’ next Thursday (August 11). It’ll mark her fifth release for the year, following the Lil Baby joints ‘Do We Have A Problem?’ and ‘Bussin’, ‘Blick Blick’ with Coi Leray and ‘We Go Up’ with Fivio Foreign. Later in the year, she’ll premiere the autobiographical docu-series Nicki on HBO Max.