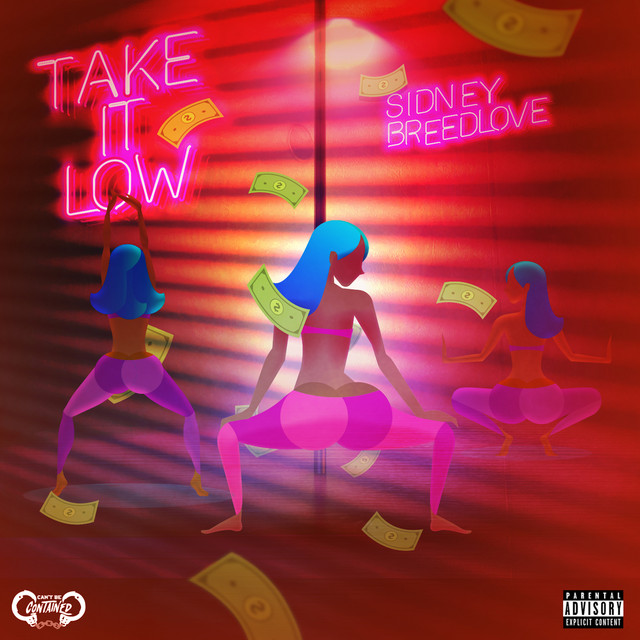 Sidney Breedlove has known enough tears and hard times that it makes his new single “Take It Low” all the sweeter. It’s the latest musical confection from a rising hip-hop talent commanding the interest of industry heavies and a growing fanbase. The new single is getting the full court push with its release, find it streaming on any major platform of your choice, but it isn’t sound and fury signifying nothing.

Breedlove’s single does magical things I didn’t quite expect. I haven’t heard the young artist until this new single and, going in, expected a talented but by-the-numbers hip-hop performer. Instead, I discovered Breedlove is far more transformational. His vocal and musical approaches meld two, sometimes three, styles into one individual way of working that’s certain to keep racking up fans for this young man wherever he goes.

There’s the musically astute pep of rap music, a surprising amount of soul, and a satisfying strand of the funk singer present in Breedlove’s vocals. His musical arrangement for “Take It Low” especially underscores the latter strand. Punchy funk-styled bass provides the song with its ballast and fleshes out an otherwise relatively spartan groove. He’s likewise careful to never put too much of himself into the performance and shows a good ear for knowing when to back away.

He isn’t breaking new lyrical ground here and the wordplay doesn’t push the style’s boundaries. The words aren’t just functional, however, and leave enough question marks in the listener’s minds that arriving at your own interpretations makes it an even more enjoyable listen. It’s not going to be what people are zeroing in on, however.

It’s that irresistible beat and mixing it with the suggestive yet never too forceful percussion that will bring the listeners. It’s the evocative production, never risking theatricality. Breedlove and his collaborators frame this voice with just the right presence, as well, and his vocal performance aids in sealing the deal on what should rank among 2022’s best hip-hop outings. He won’t be an under the radar indie force for long and there are decades ahead where his creativity will be a force somewhere, somehow in modern music.

Those are bold words. “Take It Low” doesn’t remake the wheel, it doesn’t propose turning water into wine, but it heralds the arrival of a major talent. I am impressed with the offhanded ease of how he unites the song’s musical threads into a coherent whole. Granted, it isn’t a wide array of instrumental sounds we’re contending with here, but Breedlove nonetheless makes this small song sound as if it has always gone like this and was waiting for Breeedlove to come along, pluck it out of the ether, and commit it to a recording.

Mission accomplished. “Take It Low” will take Breedlove’s career higher than before without sacrificing any of the hard-won credibility he’s so far amassed. The journey isn’t over though. This once-in-a-generation performer has more to do and we’re lucky that we’ll be hearing what it is for years to come.