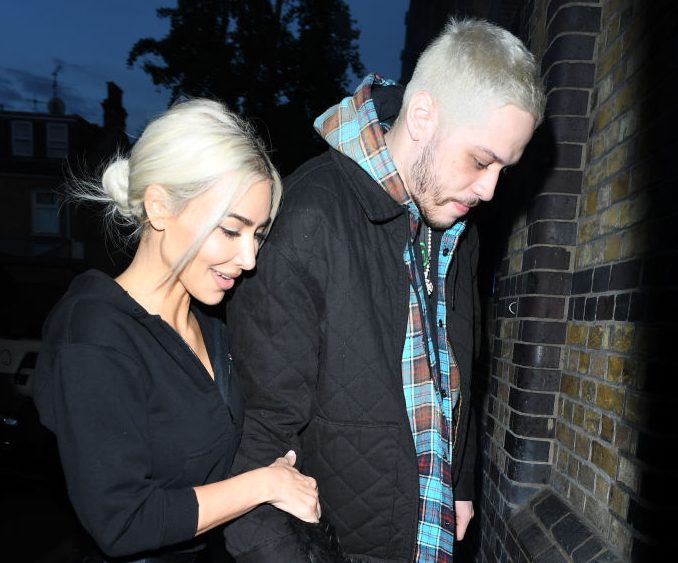 You have been paying attention if you didn’t think this was inevitable. Kanye’s ex-wife Kim Kardashian and comedian Pete Davidson have broken up.

What, you think the rebound relationship really had a shot?

The Kardashians star and Pete Davidson have broken up and decided to just be friends, sources close to the couple exclusively tell E! News.

The insiders share that while the pair has “a lot of love and respect for each other,” they found that the long distance dynamic and their demanding schedules “made it really difficult to maintain a relationship.” The split occurred sometime this week.

Pete has been spending part of the summer in Australia working on the movie Wizards!. As for Kim, she continues to raise four kids—North, Psalm, Chicago and Saint, with her ex Kanye West.

“The divorce is moving ahead with Kanye,” another insider shares with E! News. “They are happily co-parenting.”

Davidson and Kardashian were first confirm to be dating back in 2021. Ever since, the couple has flexed on Instagram, and drawn the ire of Kanye West, who even created a music video where he blessed a Davidson caricature with the fatal fade.

However, Ye and Kim’s divorce is still going down, just as soon as the former figures out how not to get his divorce lawyers to quit on him. Also, Pete Davidon definitely googled “tattoo removal.”

And although it’s not like they needed much prodding, but the Twitter peanut gallery has been going in since news broke of Kim Kardashian’s latest breakup.