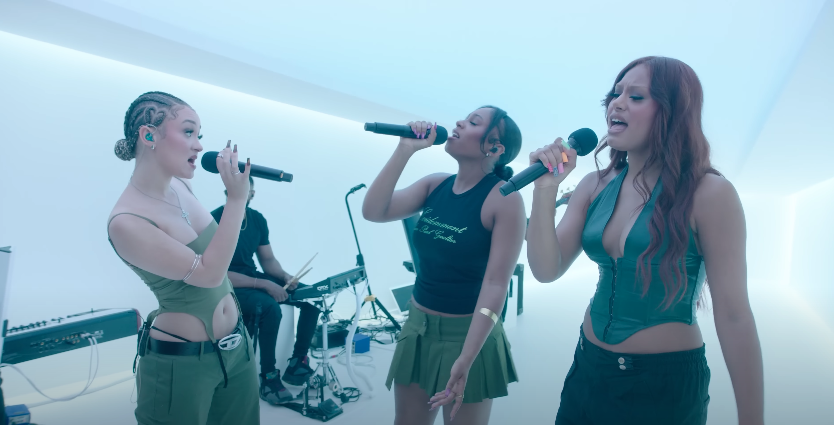 Emerging R&B trio FLO are hard at it. The British trio team up with Vevo for its DSCVR series, performing two different songs from their debut EP The Lead.

For the series, FLO delivered an excellent rendition of “Immature,” the current single from the freshly-released project. “It was written by our good friends MNEK, KABBA, Ryan Ashley and Jamal Woon. They kind of knew us and the sound we wanted to make and they just literally got it perfect,” Stella told Rated R&B of the track.

Renée added, “When we sung it, it just felt natural like everything we would say.”

FLO also performed their debut single, “Cardboard Box,” which has amassed more than 6.5 million plays on Spotify since its March 2022. Jorja, one-third of the group, described writing this song as “really easy” in the group’s chat with Rated R&B.

“I was one of our first sessions with MNEK, who is the most talented person in the world,” Jorja expressed. “We was just having a conversation — because usually in the beginning of sessions, you just have a chat about what’s going on in your life at that moment in time. I know it was a bit of a rough time for me.”

The Lead was released on July 8 via Island Records UK/Uptown Records/Republic Records. The two songs mentioned above are just a taste of what the throwback EP encapsulates. It draws from the ’90s/early ’00s R&B sound and elevates those sonic vibrations in breathtaking ways.

“For me, the EP literally means taking the lead, being strong in all that you do and being a woman,” shared Renée.