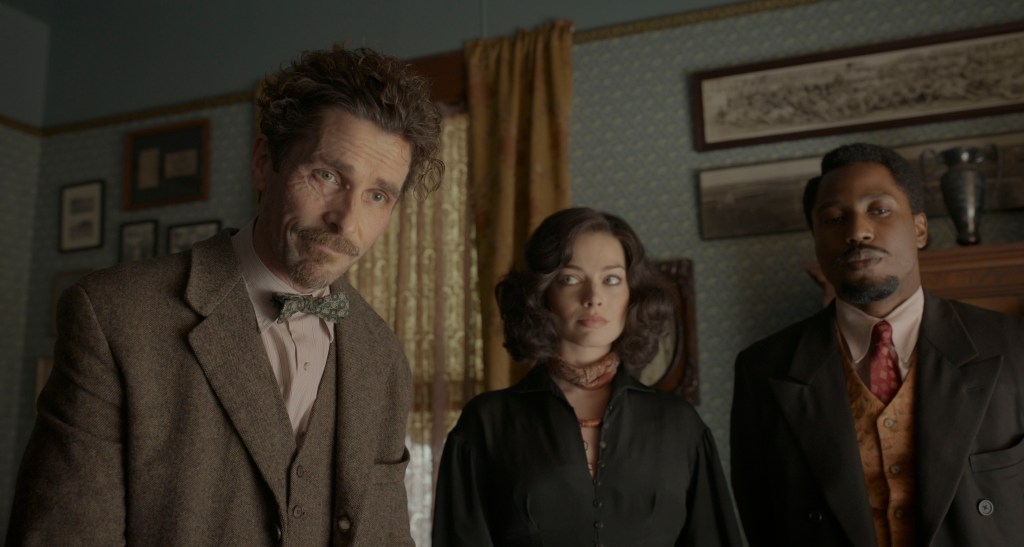 Disney is filling the desert that’s left at the fall box office by moving up New Regency/20th Century’s David O. Russell movie Amsterdam to Oct. 7. The pic was previously scheduled to open on Nov. 4.

The pic, which received a name title and dropped a trailer at April’s CinemaCon, is set in the ’30s, and follows three friends who witness a murder, become suspects themselves, and uncover one of the most outrageous plots in American history.

There was early buzz that Amsterdam was going to world premiere at TIFF, however, we understand now that the plan is for a straight theatrical release play. We also hear that the pic will have access to PLF screens, further amping the pic’s cinematic resonance.

SNL Kicks Off a New Era with Season 48 Premiere: Review
Review: Goatwhore’s Angels Hung from the Arches of Heaven Brings ‘Death from Above’
HHW Gaming: Google Stadia Will Be Put Out of Its Misery Jan. 18, Twitter Wonders What Took So Long?
Call Me Kat’s Leslie Jordan and Cheyenne Jackson: “I’ve Never Kissed In Front Of The Camera!”
New Amsterdam Season 5 Episode 2 Review: Hook, Line, And Sinker