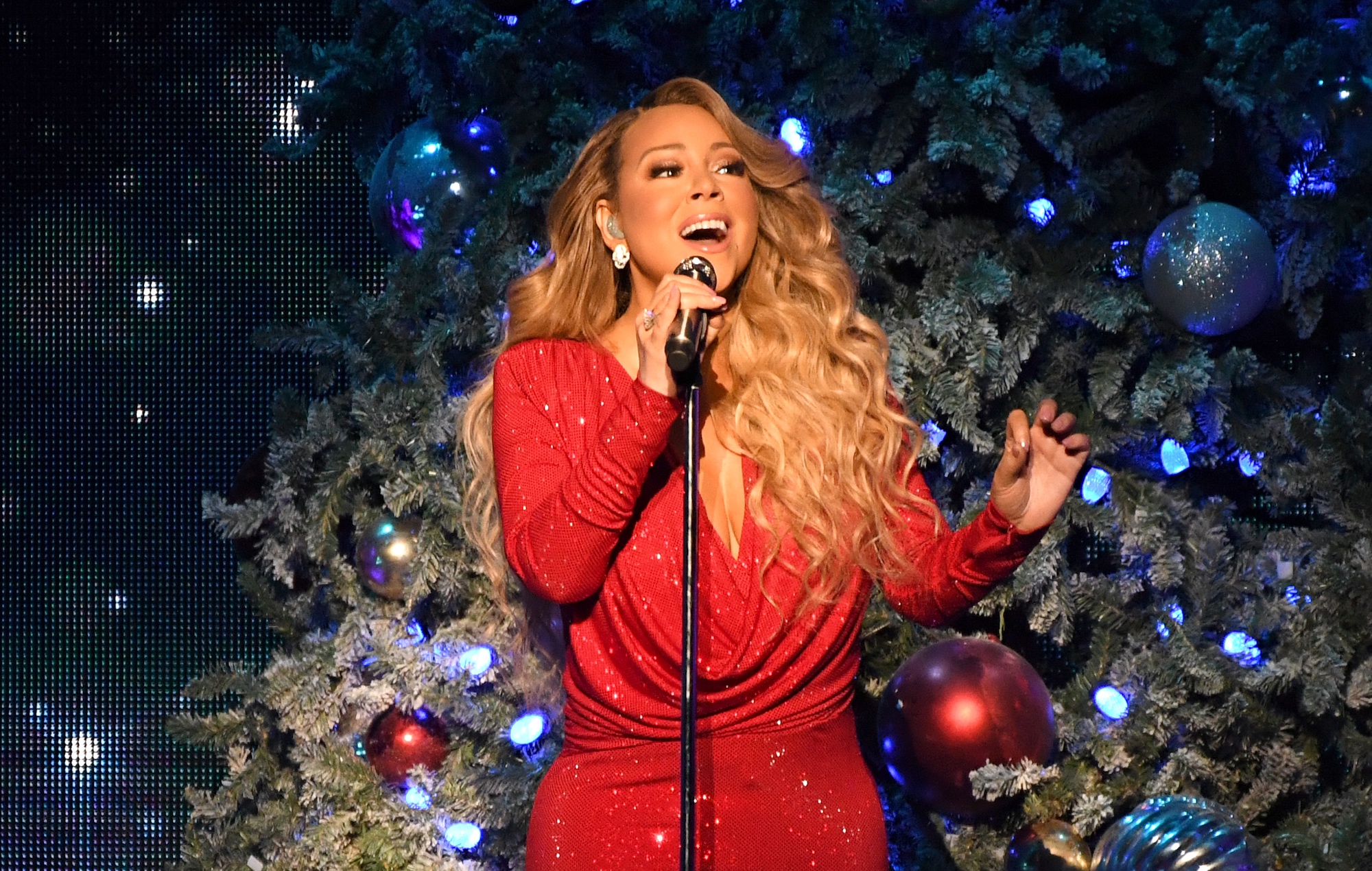 Mariah Carey has faced pushback from two singers known for recording holiday music after the star attempted to register the term “Queen of Christmas” as a trademark.

Carey’s 1994 song ‘All I Want for Christmas Is You’ made her synonymous with the festive season, and has led to her being popularly dubbed “Queen of Christmas”. In March 2021, she filed an application to trademark the exclusive usage of the title, along with “QOC”, “Princess of Christmas” and “Christmas Princess”. The application was made public July 12, starting a period when parties can file an opposition to the application.

Carey’s filing seeks usage of the “Queen of Christmas” trademark for a wide array of products related to both entertainment and merchandise. Those include audio and visual recordings and the download and streaming of those materials, but also things like clothing, fragrances, food and drink products, Christmas tree decorations, protective face masks and many other items.

As Variety reports, the move has been met with resistance from singers Darlene Love and Elizabeth Chan, both of whom have also been associated with the term “Queen of Christmas” throughout their careers.

In 1963, Love performed on several songs on the Phil Spector-produced Christmas compilation ‘A Christmas Gift for You’, most notably ‘Christmas (Baby Please Come Home)’. The song went on to become a Christmas standard and, though not commercially successful upon its release, entered the Billboard Hot 100 for the first time in 2018, reaching a peak of 16.

In 1986, Love performed the song for the first time on David Letterman’s Christmas show, something she continued to do every year until 2014. On Monday, Love said on social media that Letterman had “officially” declared her the Queen of Christmas 29 years ago, before Carey even released ‘All I Want For Christmas Is You’.

Love asked if it was true that Carey was attempting to trademark the term, and questioned whether that meant she was no longer able to use it to describe herself.

“At 81 years of age I’m NOT changing anything,” she wrote. “I’ve been in the business for 52 years, have earned it and can still hit those notes! If Mariah has a problem call David [Letterman] or my lawyer!!”

Is it true that Mariah Carey trade marked “Queen of Christmas”? 🤣 What does that mean that I can’t use that title? 🤔…

Chan, meanwhile, gained prominence for exclusively recording and releasing Christmas music – something she’s done for over a decade at this point. She released an album titled ‘Queen of Christmas’ last year, and refers to herself with the title on her social media profiles.

Media has referred to Chan using the moniker as early as 2014, even before she began using it herself. A New Yorker profile from 2018 about her was simply titled “The Queen of Christmas”, and described her as “America’s most successful, and perhaps only, full-time Christmas-song singer-slash-composer.”

Chan has gone a step further than Love, having filed a declaration of opposition to Carey’s trademark claim last Friday (August 12) through her attorney. “Christmas has come way before any of us on earth, and hopefully will be around way after any of us on earth,” Chan told Variety.

“I feel very strongly that no one person should hold onto anything around Christmas or monopolize it in the way that Mariah seeks to in perpetuity. That’s just not the right thing to do. Christmas is for everyone. It’s meant to be shared; it’s not meant to be owned.”

Chan pointed out that Carey’s trademark application was “not just about the music business”. She said: “She’s trying to trademark this in every imaginable way – clothing, liquor products, masks, dog collars – it’s all over the map. If you knit a ‘queen of Christmas’ sweater, you should be able to sell it on Etsy to somebody else so they can buy it for their grandma. It’s crazy – it would have that breadth of registration.”

Chan’s attorney, Louis W. Tompros, who took the case on pro bono, described Carey’s filing as “trademark bullying”, adding that “the right thing” for the singer to do would be to withdraw her attempt to trademark the title. “If they want to start selling ‘Queen of Christmas’ merchandise, fine – they can do it without the trademark.”

Chan’s declaration of opposition argues that Carey has rejected the title Queen of Christmas in the past, as recently as a late 2021 interview with the Zoe Ball Breakfast Show. “That was other people, and I just want to humbly say that I don’t consider myself that,” she reportedly said at the time.

“I’m someone that loves Christmas, that happened to be blessed to write ‘All I Want For Christmas Is You.’ And a lot of other Christmas songs. And let’s face it, you know, everybody’s faith is what it is. But to me, Mary is the Queen of Christmas.”

Carey is yet to respond to Chan or Love’s opposition to her filing. Last year, ‘All I Want For Christmas Is You’ topped the Billboard Hot 100 for the third year in a row, breaking a record in the process. Last year also saw her release a festive special, Mariah’s Christmas: The Magic Continues, and a new holiday song ‘Fall In Love At Christmas’, with Khalid and Kirk Franklin.