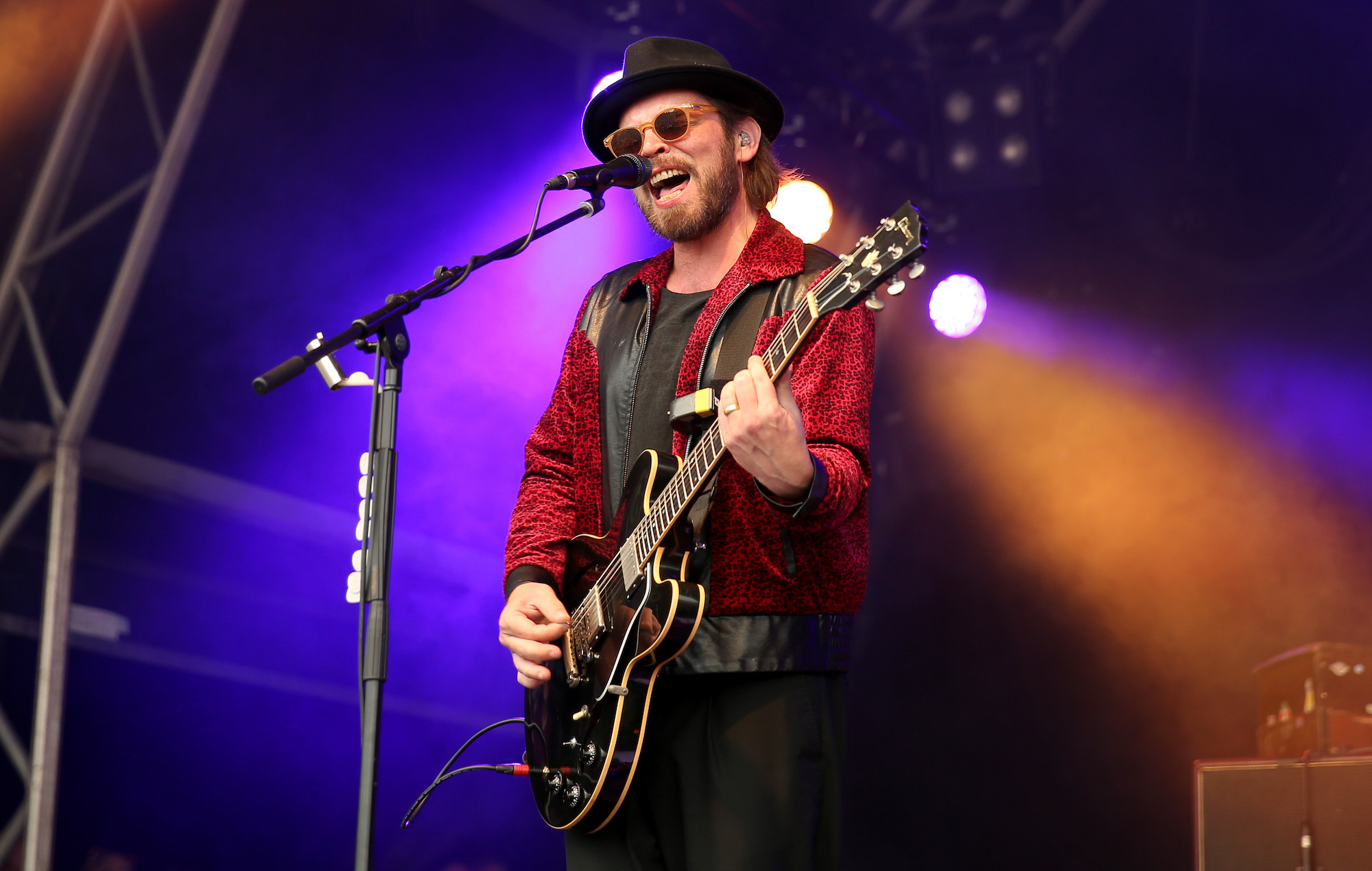 Before Supergrass took to the stage, an old video played from their time on tour with Foo Fighters back in the ‘90s in which they reflected on Hawkins’ support. “Taylor’s always been a bit of a fan of the band and he was side of stage watching us, and I just sort of beckoned him to come and play ‘Caught By The Fuzz’ at the end, and he played it at about 500 mph,” drummer Danny Goffey said in the clip.

After the video finished playing, actor Jason Sudeikis shared his own reflections of seeing Supergrass support Foo Fighters. “So Taylor didn’t just make music, he was also a huge fan,” he said. “One of his favourite bands was Supergrass – he believed that their self-titled album was one of the all-time best.

“The first time I got to see the Foo Fighters was me and my friends Billy and Corey driving down to St Louis, Missouri in 1997. It was also the first time I got to see Taylor Hawkins play the drums live. Their opening act on that tour was Supergrass, and as luck would have it, I fell in love with Supergrass as well. Taylor was such a giant fan of theirs that, one night, he jumped up on stage and helped them close out the show with a version of ‘Caught By The Fuzz’.”

The Oxford trio then took to the stage to play three songs – ‘Richard III’, ‘Alright’ and ‘Caught By The Fuzz’. “Oh boy, Wembley, this is insane,” frontman Gaz Coombes said. “It’s beautiful. We’re gonna play a few songs for you that we know were Taylor’s favourites. We hope you enjoy.” Before ‘Alright’, he added: “Taylor Hawkins, forever fucking young.” Watch footage of the moment above, from the -1.32.29 mark.

The Taylor Hawkins tribute concert is available to livestream on MTV’s YouTube channel globally and Paramount+ in the US. A second tribute show will take place at Los Angeles’ Kia Forum on September 27.

Grohl and Hawkins’ Foo Fighter bandmates opened the concert today with an emotional speech that paid tribute to their late drummer. “For those of you who knew him personally, you know that no one else could make you smile, or laugh, or dance, or sing like he could,” the frontman said.

Liam Gallagher kicked off the live music today, performing two Oasis songs with the help of the surviving members of Foo Fighters, while Red Hot Chili Peppers’ Chad Smith shared a heartwarming story about Hawkins in a special video message. Grohl’s 16-year-old daughter Violet also took to the stage to cover two Jeff Buckley songs at the show, and supergroup Them Crooked Vultures reunited for the first time in 12 years.

Hawkins, who drummed with Foo Fighters from 1997 alongside performing in bands like Chevy Metal and Taylor Hawkins And The Coattail Riders, died in March 2022. He was 50 years old.