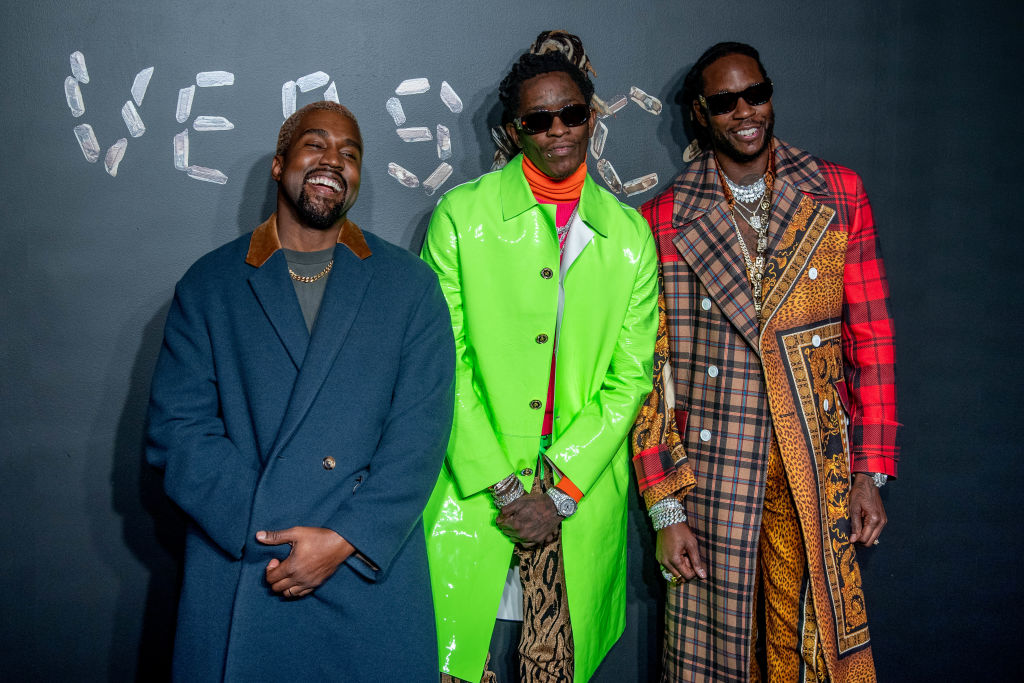 Even though Young Thug is behind bars it is clear he has access to the internet. Thugger has offered Kanye West an 100 acre plot for his plans to launch a YEEZY chain store in Atlanta.

As per TMZ the Young Stoner Life Records star is awaiting trial for his RICO charges. While his legal issues continue to worsen he is staying active on his social media channels from his cell. Earlier this week Kanye announced that he plans to open YEEZY store all across the globe and his first brick and mortar location will be in Atlanta. It seems that Thugger caught wind of the news and took to his Instagram Story to support West in his retail initiative. “@kanyewest I got over 100 acres. However you many you need they’re yours free of charge. ON GOD.” he wrote.

As expected the news of Thug’s offer quickly went viral and eventually landed on A$AP Bari’s radar. Kanye later shared a screenshot of their conversation where Bari told him “We gotta get thug outta jail”. Ye simply responded “Just sent this to Kim”. While West didn’t offer any further context regarding the screenshot, it is widely understood that he was speaking of his estranged wife Kim Kardashian and her past successes for securing clemency for inmates.

While her celebrity influence can’t be denied legal experts say she will have a tough time getting Thug free as he has been denied bail three times and is being labeled the leader in his ongoing RICO case. Kardashian has yet to acknowledge the matter.