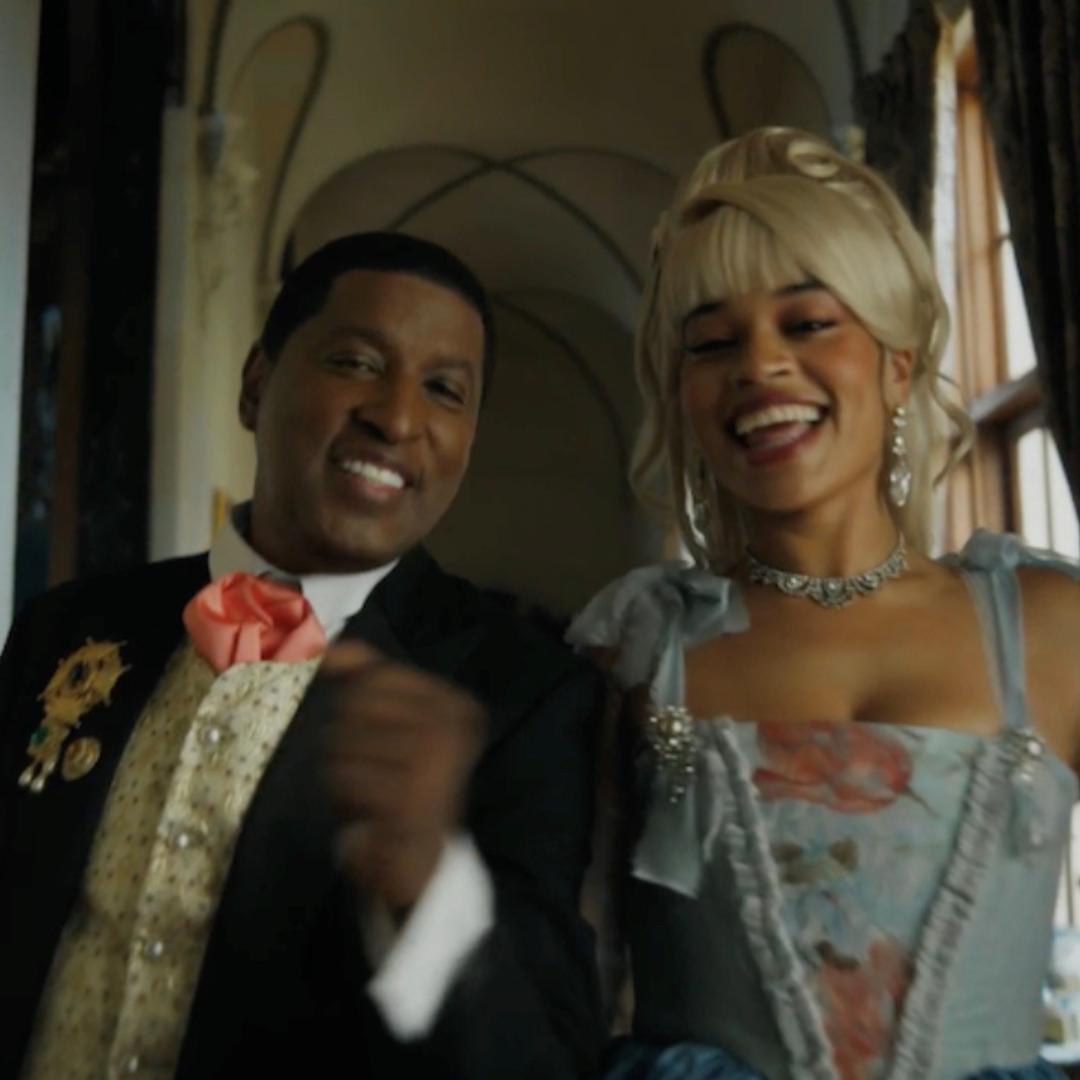 Babyface and Ella Mai released the official video on 9/1 for their romantic single “Keeps On Fallin;” a modern R&B track that keeps us fallin in love!

The Regency-era courtship-inspired video is brimming with class and style. It stars Emmy and Grammy-winning actress and comedienne Tiffany Haddish (Girl Trip, Night School, Nobody’s fool) as the exuberant queen mother and Kendrick Sampson ( Miss Juneteenth, ” Insecure,” The Vampire Diaries”) as the oh-so-attractive prince who is courting Ella Mai. Playing the Duke is dashing debonair and the most celebrated creative force in music Babyface, who joins them for a lavish meal as the libations flow and as the string quartet plays.

The video was shot at the historic Malibu estate  Villa De Leon by director and cinematographer Ava Rikki (FLETCHER, Brynn Cartelli), and made its broadcast premiere BET Soul, BET Her, and the Paramount + Times Square billboards. It’s a visual feast of creative excellence, which resembles the uber popluar Netflix series  “Bridgerton”  with plenty of splendor, etiquette, and elegance.

“Keeps On fallin” the single is from Babyface’s ‘Girls Night Out’ that is set to release October 21st.

Watch “Keeps On fallin” video below. The video is available on all digital streaming platforms, check it out now.

California’s Rap Lyrics Bill Becomes State Law
Corey Taylor on Slipknot’s Future: “We Can Just Do Whatever We Want And Not Be Beholden To Anybody”
Passionate and Deep Hip-hop and Rap Music: Sacrifice Muzik Creates Inspiring Musical Melodies That Stem From Personal Turmoil.
Demi Lovato Surprises Fans With Ashlee Simpson at Concert
Coolio Was Supposed To Film ‘Wild ‘N Out’ Episode Week Before Death