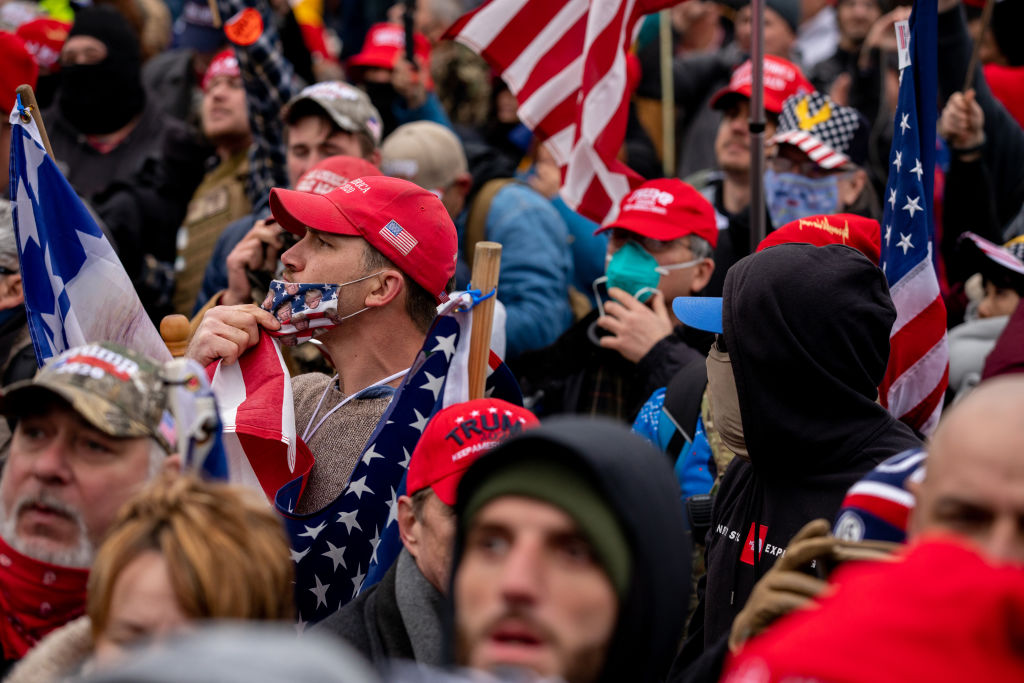 A former New York Police Department officer who was caught on video assaulting a Capitol Police officer during the January 6th insurrection just received the longest prison sentence for any rioter to this point.

Thomas Webster appeared before Judge Amit P. Mehta in a federal courtroom on Thursday afternoon (September 1st) to receive sentencing for his assault of a member of the U.S. Capitol Police as thousands of supporters of former President Donald Trump rioted and stormed the building on January 6th, 2021. He was given a sentence of ten years in prison – the longest sentence for any insurrectionist to this point.

Webster had previously claimed that he attacked the officer in self-defense, a claim disproven when jurors were shown the video of him swinging a metal flagpole at Officer Noah Rathbun before crossing the barricades and choking Rathbun with his own helmet chinstrap after tackling him.

“I still remained shocked every time I see it,” Judge Mehta said of the video. “Nobody pushed you forward, you ran,” he added. The 56-year-old former Marine addressed the court before he was sentenced. “I can never look at my kids the same way again,” Webster said tearfully. “The way they look at me, it’s different now. … I was their hero until January 6.” He also turned to address Officer Rathbun, who attended the sentencing in uniform, and plainly said that he was sorry.

Prosecutors had provided evidence during Webster’s trial that he arrived in Washington D.C. with a handgun which he didn’t carry with him on January 6th. However, the former officer did show up wearing police-issued body armor. He was convicted in May on five of the six charges against him. His sentence beats out that given to Thomas Robertson, a former Virginia cop who received seven years in a federal prison in August.

Webster’s attorney, James Monroe, had unsuccessfully argued that Webster should receive a sentence with time served for what he referred to as “seconds of stupidity.” The lawyer called Webster “a decent guy” and stated that the Republican Party and Trump were to blame for turning Webster & the other insurrectionists into “otherwise decent, law abiding individuals … against fellow Americans.”