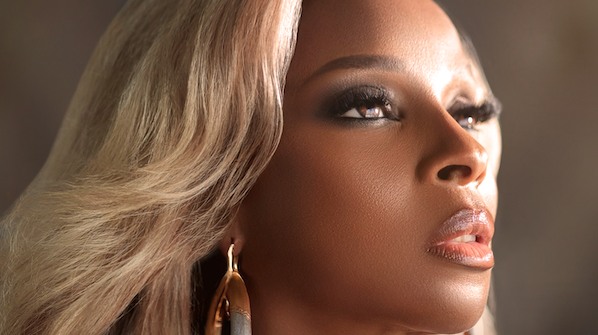 Mary J. Blige could be in the race to ascend to EGOT (Emmy, Grammy, Oscar, Tony) status. The Queen of Hip-Hop Soul won Outstanding Variety Special (Live) for The Pepsi Super Bowl LVI Halftime Show on night one of the 2022 Creative Arts Emmy Awards.

It’s the legendary singer and songwriter’s first Emmy win. She shares the award with Dr. Dre, Snoop Dogg, Kendrick Lamar, Eminem, and 50 Cent, who all shared the stage in February for an iconic performance.

As part of Blige’s short and sweet set, she took the stage to perform “Family Affair” and “No More Drama.” Both songs appear on her 2001 album No More Drama, which was re-released the following year.

The former track, produced by Dr. Dre, soared up to nearly 160% in global streams on Spotify. Meanwhile, the Jimmy Jam and Terry Lewis-produced “No More Drama” rose to nearly 520% on the platform.

Blige is an Oscar and a Tony award away from becoming an EGOT recipient. She has won nine of her 31 Grammy nominations. She is the only artist to win music’s highest honors in four distinct genres: pop, rap, R&B and gospel.

Her last won a statuette for Best Contemporary R&B Album for Growing Pains at the 51st Grammy Awards.

In 2018, Blige made Oscar history as the first person to score nominations for a performance, and an original song in the same year, for the same film (Mudbound).

Blige’s Emmy win comes behind her carrying home a handful of other accolades this year. She won the BET HER Award for “Good Morning Gorgeous” in June at the 2022 BET Awards. Two honors were received in May, including the Icon Award (Billboard Music Awards) and a Legend Award (Clio Music Awards).

In February, she was awarded Outstanding Supporting Actress in a Drama Series at the 53rd NAACP Image Awards. It was for her role as Monet Tejada in Starz’s Power Book II: Ghost.