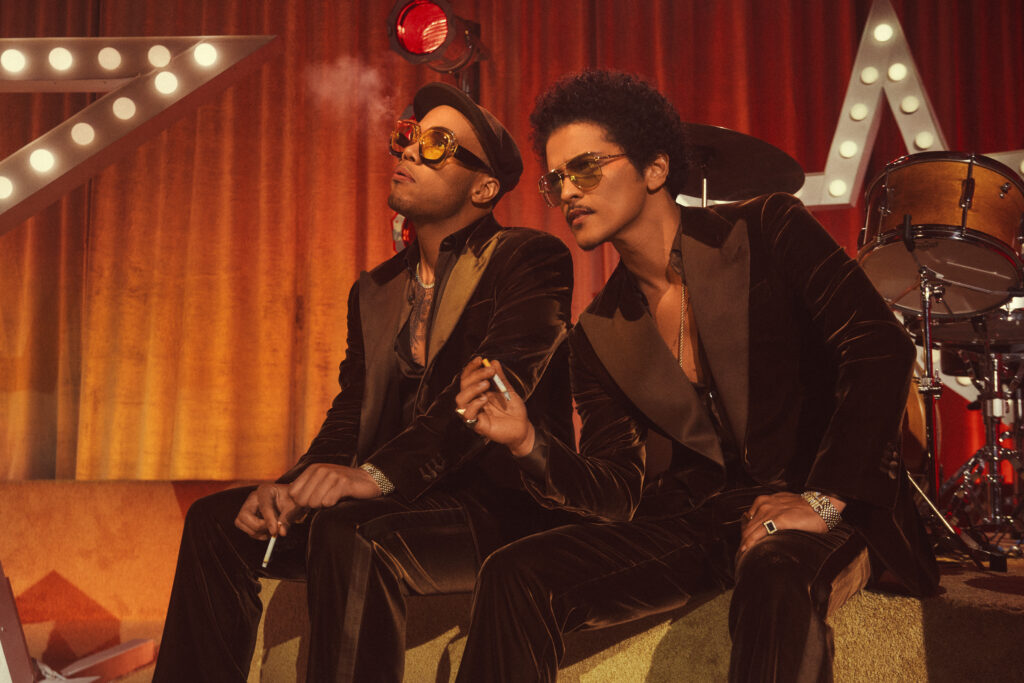 Silk Sonic (Bruno Mars and Anderson .Paak) revisits the Billboard 200’s top ten with An Evening With Silk Sonic this week (Sept. 10). The album jumps from No. 200 to No. 7.

According to Billboard, An Evening With Silk Sonic sold 44,000 equivalent album units during the week that ended Sept. 1.

Approximately 37,000 copies were from its vinyl release, which launched Aug. 26. Three exclusive versions were sold at different retailers, including their official webstore, Target and Wal-Mart, along with a standard vinyl edition.

Released in November 2021, Silk Sonic’s debut album featured guest appearances by Thundercat and the legendary Bootsy Collins. It debuted at No. 2 on the Billboard 200, pushing with 104,000 equivalent units in its first week.

Hit singles like “Leave the Door Open” and “Smokin Out the Window” topped the R&B charts, including Billboard’s Adult R&B Airplay chart and at R&B radio.

The duo garnered several accolades for “Leave the Door Open”, including four trophies at the 64th Grammy Awards. Categories included in the duo’s sweep were Song and Record of the Year, plus Best R&B Performance and Best R&B Song.

Silk Sonic’s current radio single “After Last Night,” which features Thundercat and Collins, adds more momentum to An Evening With Silk Sonic amid the upcoming award season. The set was already featured on Rated R&B’s 30 Best R&B Albums of 2021 list.

A week before An Evening With Silk Sonic was made available on vinyl, it was certified platinum for exceeding one million equivalent units.

Elsewhere on Adult R&B, .Paak is charting with Mary J. Blige for her latest single “Here With Me.” It marked her 25th top ten hit on the airplay-driven chart.

Revisit “Leave the Door Open” below.