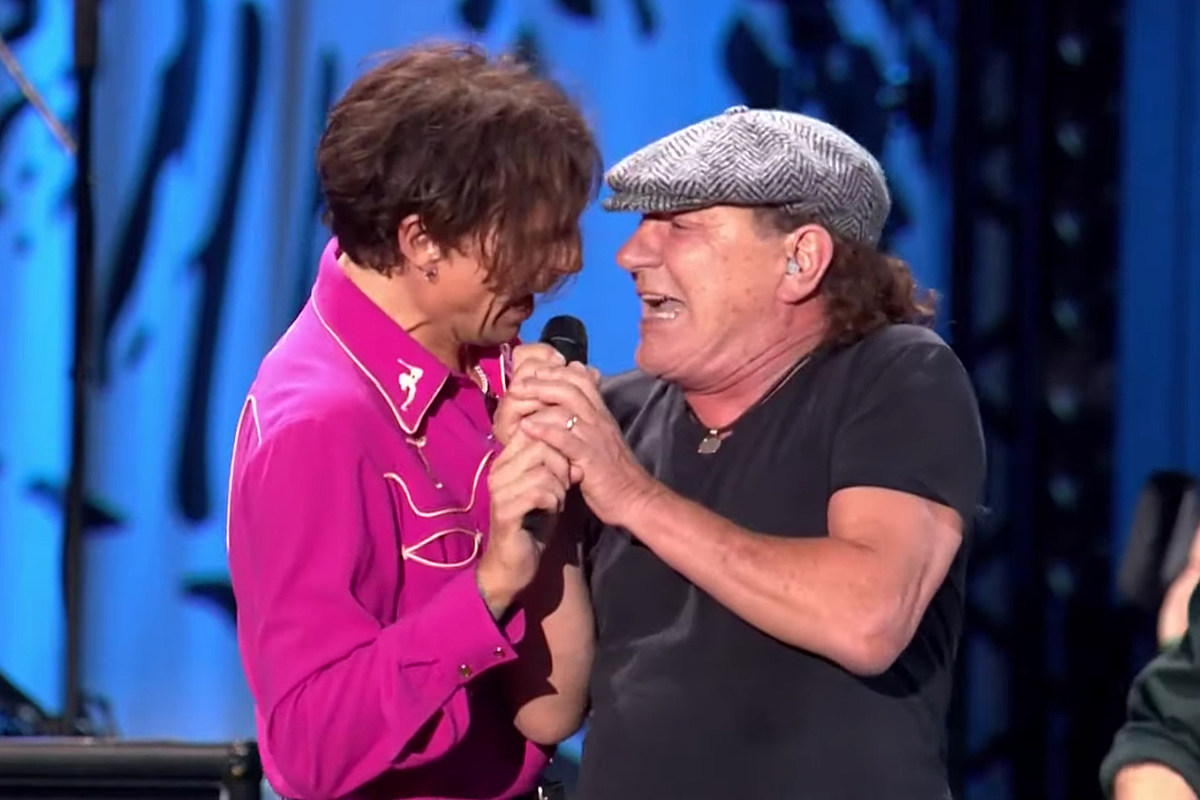 One of the many stand-out moments of the Taylor Hawkins Tribute Concert in London on Saturday (Sep. 3) was Brian Johnson and Lars Ulrich’s guest spot. But it also featured one of the most questioned moments of the night when Darkness frontman Justin Hawkins appeared on stage.

It seemed to some that he’d gatecrashed the performance during the second verse of AC/DC classic “Back in Black,” even seeming to wrestle Johnson for his microphone at one point. However, in a Twitter exchange with someone who watched the show and Wolfgang Van Halen, Hawkins explained what had actually happened.

“He should’ve gotten his ass kicked backstage for his little stunt during ‘Back In Black,’” one Twitter user opined. Someone else responded: “Brian called him onto the stage!”

Hawkins chimed in: “Yeah, 10 seconds before the AC/DC section, Brian told me to get up for the second verse of ‘BIB.’ I didn’t want to do it, never sung that before; [but Dave Grohl] said, ‘If Brian tells you to do something, you fucking do it.’ Haha.”

Van Halen – who’d shared the stage with Hawkins earlier in the show – told him: “You’re goddamn right! And you killed it” but the singer replied: “Haha I wouldn’t say that! To be honest, I feel like BJ just wanted to drag me up for a laugh and to give his voice a few seconds to recover in time for the rest of the track. I thought he did an amazing job and I’m always happy to help out when needed.”

In a recent episode of his Justin Hawkins Rides Again YouTube series, titled “He Was a Friend,” Darkness drummer Rufus Taylor recalled the time late Foo Fighters counterpart Hawkins had introduced their band to an audience at Wembley. “He got up there and everyone cheered,” Taylor said, “and he went, ‘Well, you wanted the best – but you’re getting the Darkness!’ And then he walks off.”

Critics say every AC/DC album sounds the same, but that’s far from the truth.