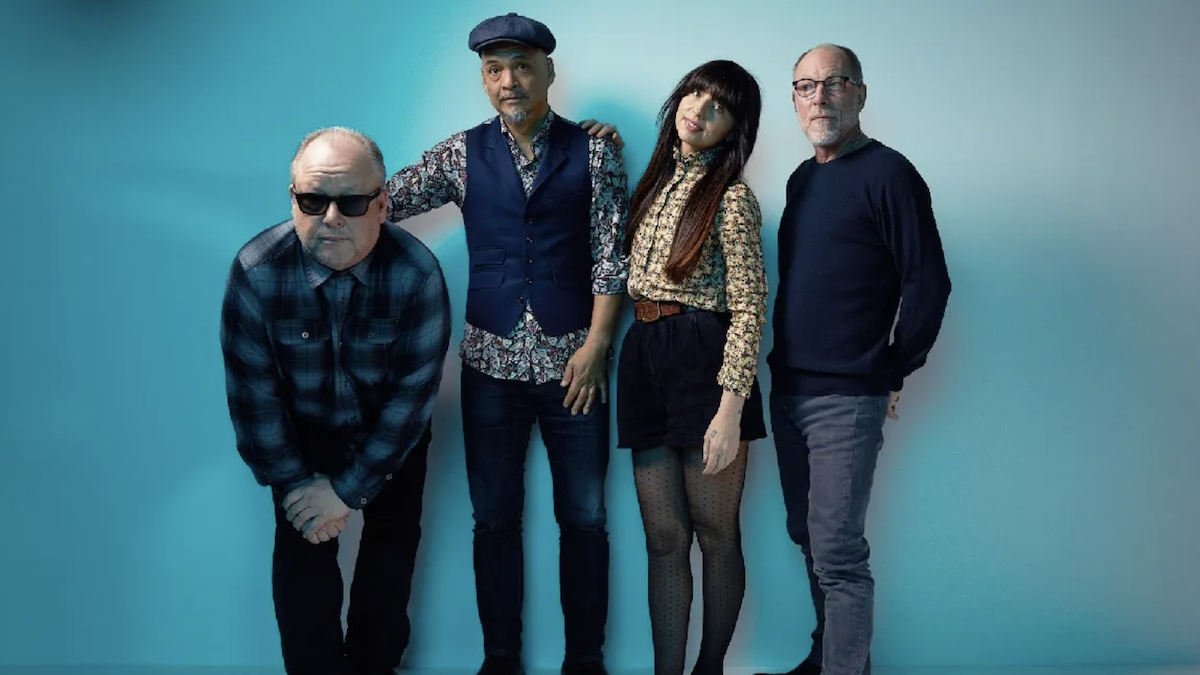 Pixies have shared their latest single, “Dregs of the Wine,” from their upcoming eighth LP, Doggerel. Stream it below.

“Dregs of the Wine” is full of cross-generational cheers to the likes of Van Halen and Sanford and Son’s Redd Foxx, as well as frontman Black Francis’ trace memories of the Los Angeles scene from the grunge era that inspired the song’s hard-edged sonics. In a statement, Francis shared: “Living in Los Angeles in the ‘90s with my then-wife, hanging out with [guitarist Joey Santiago] and his ex-wife, lots of trips to Las Vegas, a lot of drinking, little bit drug taking, some genuine good times.”

“Dregs of the Wine” also showcases Santiago’s first songwriting credit for Pixies in his 25-year tenure. Unlike their typical process, which relies on Francis’ lyricism to lead a song’s direction and sound, Santiago composed the song’s initial riff almost absent-mindedly before the singer connected the dots of its musical references. “I guess I was in kind of a zombie state, just playing,” Santiago recalled. “After I stopped playing, I put it down and went, ‘Well, that was a fucking waste of time, what a piece of shit I am.’ I beat myself up a lot, but my girlfriend, unbeknownst to me, was recording me. She played it back to me, and I go, ‘Fuck! Hold on a second here! This stuff is good!’”

Despite Francis spilling out dire pleas like “we done run out of all our tricks” and “are we gonna make it?,” the bottom of the bottle appears to be the perfect tonic as the song’s distortion-heavy chorus descends into a trippy finale where he feels the “swagger of a snake with arms.” Whatever that means, the band certainly know how to close out a debaucherous, “end of the world”-type night.

Pixies are set to play four shows in the US during Doggerel’s release week, with three nights in California and a single stop in New York on October 5th. They’ll then complete tour legs in South America, Japan, Australia, and New Zealand through the end of 2022. Grab your seats via Ticketmaster.

Doggerel arrives on September 30th via BMG. Pixies have preceded “Dregs of the Wine” with the summer singles “There’s a Moon On” and “Vault of Heaven.” Pre-orders for the album are ongoing.