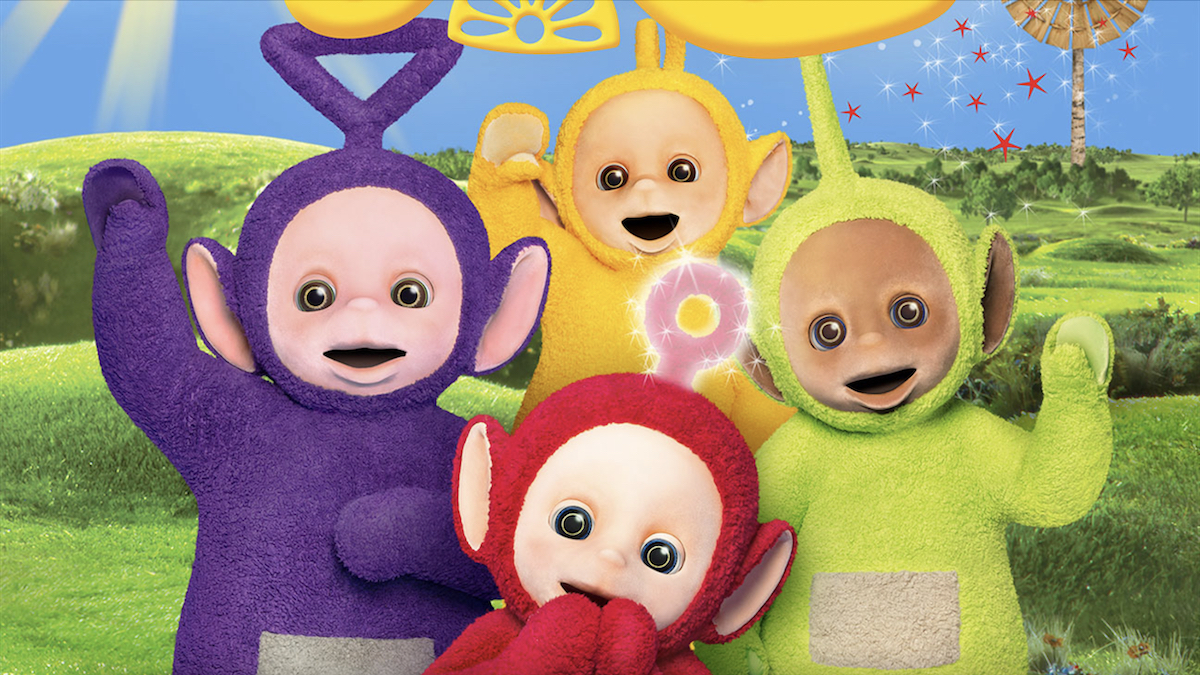 Over the hills and far away, Teletubbies are back to play. As The Hollywood Reporter notes, the beloved-yet-creepy children’s show is being rebooted by Netflix with narration from Unbreakable Kimmy Schmidt star Titus Burgess.

Teletubby land, with its colorful denizens Tinky-Winky, Dispy, Laa-Laa, and Po, debuted in the UK in 1997 and hopped to PBS in 1998. The original boasted narration from Toyah Wilcox — as in that Toyah, and also that Toyah, and even this Toyah pouring water on herself. We didn’t know it 20 years ago, but Teletubbies has always rocked.

And while we’re a far cry from right wing loons accusing Tinky-Winky of being a secret gay icon — “He is purple — the gay-pride color; and his antenna is shaped like a triangle — the gay-pride symbol,” Jerry Falwell famously said — children’s television continues to battle at the front lines of the culture wars. On September 7th, Peppa Pig announced its first same-sex couple.