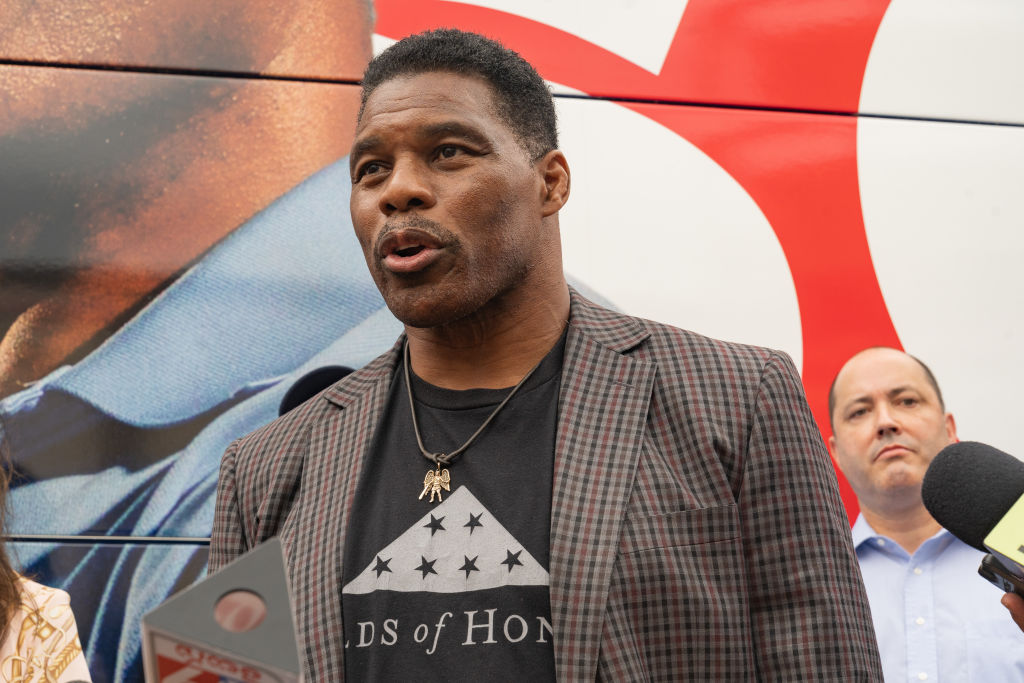 Former gridiron star and Republican Senate candidate Herschel Walker flatly admitted that Democratic Senator Raphael Warnock will “embarrass” him at their debate next month, surprising many.

Walker startled reporters with his comments at a press conference held at the Port of Savannah last Friday (September 16th) when asked about the debate against his Democratic opponent. “I am getting out talking to people and talking to you,” he said. “I’m a country boy. I’m not that smart. He’s a preacher. (Warnock) is smart and wears these nice suits. So, he is going to show up and embarrass me at the debate on Oct. 14th, and I’m just waiting to show up and I will do my best.”

When pressed on his initial refusal to debate Warnock, the former Heisman Trophy winner claimed that the current Georgia Senator was ducking him and said he told him to “put his big man pants on.” “He may not even show up for that one,” Walker stated. “He has made every excuse not to show up.” A spokesperson with Warnock’s campaign responded to that claim later, saying that Walker was sent an invitation earlier in the summer. Warnock had previously committed to three debates in May, and Walker had made it a point to evade committing to any of them until his decision to show up to the October debate, which he announced recently.

It’s the latest head-scratching move by Walker, who is currently in a near-deadlock with Warnock according to some recent polling with the midterm elections just 50 days away. However, a poll held by Quinnipiac University shows the incumbent Senator Warnock leading the GOP nominee 52% to 46%. Walker notably declined to even debate his primary opponents – despite that, he handily won the nomination to be the GOP’s candidate for the Senate. The October 14th debate will be held in Savannah and is sponsored by the local television network Nexstar. Some right-wing media analysts and observers have their concerns about Walker’s performance, with a few of them suggesting he just bow out altogether. “I think Walker is more likely to win by not debating,” conservative talk radio host Erick Erickson said in an interview with CNN. “God help him against Warnock onstage.”