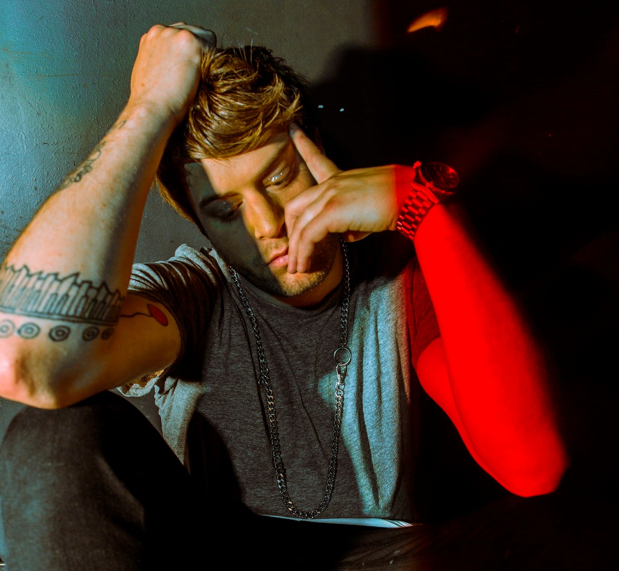 Colin Dieden enjoys an indie darling reputation built on the back of his tenure fronting popular indie act The Mowglis. The tours, successful releases, and acclaim showered on him and his bandmates, however, didn’t quell the restless need within to express himself in a different way. Dieden acted on it, at last, in 2019 when he launched the Little Hurt project. This reference to a long-ago nickname Dieden earned as a child baseball player, reflecting his love for then major league slugger Frank “The Big Hurt” Thomas, provides listeners with a clue about how deep this project goes. It’s the purest expression of Dieden’s identity we’ve yet to hear.

Little Hurt culls its new single “Cooler If U Did” from an upcoming EP release scheduled for later this year. It’s a rousing success, however, as a standalone single and it’s easy to hear why Dieden chose this as a representative cut for his pending release. It has surging vitality that captures listeners’ attention with a single play and practically begs you to listen to it again. Nothing is off-limits here. Little Hurt has ripped the lid off his life and crafted a song that goes wherever it likes, singer/songwriter guitar-fueled textures or their pop opposite, without missing a beat.

There’s rock packed into this track, especially as it closes on its conclusion, but the song’s pulse is outright pop, however, from the outset. Dieden shifts the tempo around on listeners throughout the track, but it’s ultimately a nearly relentless upbeat track that keeps the energy pumping until the song’s end. Its fuel is effortless and apparently boundless. It’s impressive, as well, to hear how ably Hurt maneuvers between a surprising variety of musical guises. Listeners are never lost in the jumble.

Dieden’s voice gives them another constant thread to hang onto. The arrangement allows him permission of a sort to don multiple faces for listeners and it could, as with the music, result in a disoriented mess. He, instead, exhibits the same control over his vocals that characterizes the music, and it helps tighten the song’s overall focus. He’s got great lyrics to work with. You may roll into the song’s words expecting a typical pop song, especially if you aren’t familiar with Dieden’s past work, but he disabuses you of that notion soon enough. It’s an unabashed look at the man behind the songs.

It does nothing or little to dissuade you from listening again. Dieden’s work as Little Hurt has the same enduring value as his previous music with The Mowglis’, albeit manifested in a very different way. The same abiding principles, however, remain. This is music dedicated to expressing itself to the fullest; there’s never any sense of Dieden tailoring his vocals in some sort of heavy handed attempt to curry audience favor. Little Hurt’s music, instead, embraces the raw and wears its heart on its sleeve in all its twisted and occasionally obscene glory. Come one, come all, and get ready for quite a ride. “Cooler If U Did” is full of fun, inspired turns and never exhausts the listener’s patience.