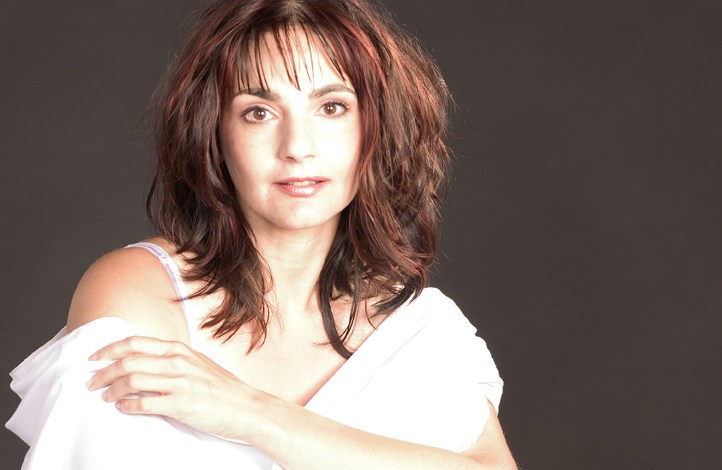 Tia McGraff’s With Love is the latest offering in a 15+ year musical career that’s enjoyed success far outside of her native Canada. The Ontario born artist has long since diversified her work, as well, branching out of the music world to pen popular children’s literature and some of the wide-eyed wonder required for producing such work can be heard during With Love’s seven tracks. Her new EP likewise benefits from the same unbridled imagination that often characterizes a fondly remembered childhood; McGraff observes no limits other than those she imposes on herself.

It results in a freewheeling and gloriously alive work. None of these songs are ever careening or artfully flirting with losing control, but they do come off their respective blocks ready on every level to meet their intended audience. McGraff’s working in a very traditional mode here, there are no wild forays into experimentation. “With Love” begins the EP and has a simple no-punches pulled melody in the center that holds your ears close. Her voice is the real star, however, as she sings with clear and unfettered joy in each of the songs.

“Clockwork” is one of the EP’s finest and spotlights a sparkling vocal performance from Tia. Acoustic guitar melody is again important to the song’s success or not, McGraff builds all of the EP’s songs around voice/banjo/guitar, and those playing skills are formidable enough that we might lose sight of McGraff, the writer. Her sense of construction stands out here. “Sometimes Love’s Like That” has a folky strum in its heart much more than fleet-fingered picking, but McGraff never leans too far in a single direction. Banjo holds equal footing here with the other instruments. Balance, even in a song such as this, remains a priority.

“Night Hawk” has an arrangement structuring the song as a traditional folk song, especially at first. Her proclivity, however, for beginning the EP’s songs in a spartan way before embracing expansive is in full evidence. Few listeners will mind. She connects her voice so thoroughly with the arrangement that it casts a spell over listeners and the ensuing dream-like state carries you higher than you may have assumed possible.

“Night Hawk” is, as well, brimming with exquisite poetry. The detail-laden verses and choruses are full of imagery with multiple possible interpretations, and the entertaining rhythmic clip of his delivery gives the lyrics unexpected power. “Change A Comin’” has a similar musical identity but it is highlighted by one of the EP’s best vocal melodies. Some may find fault with the seemingly relentless optimism of the song but that’s not Tia McGraff’s problem.

Promoting a practical and positive point of view in these increasingly perilous times is practically a revolutionary act and we are better off with her storming the ramparts than most. It ends With Love on an appropriately passionate note, but it is the quiet sort of passion that we hear with the song, not caught up in the moment’s zeal. It is the sort of passion that defines and lasts a lifetime.