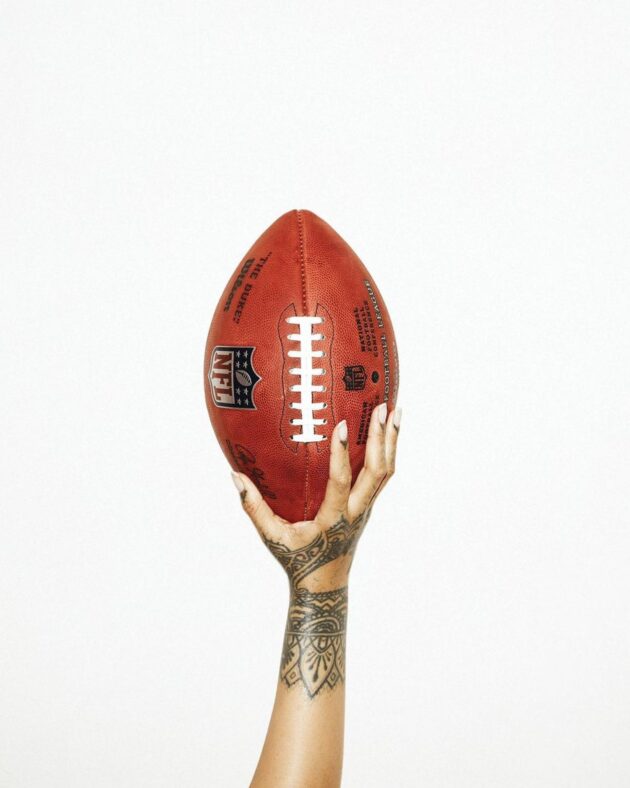 Rihanna is going to the Super Bowl.

The NFL and Roc Nation have just announced that Rihanna will take the stage during the halftime show of Super Bowl LVII.

Shorty after announcement, the multi-platinum-singer and business mogul broke silence and posted a photo of her holding a football on her social media handle.

Shortly before the reveal, TMZ reported the NFL and Roc Nation recently had “multiple discussions” on the decision. Since then, Roc Nation founder JAY-Z confirmed the news. ”Rihanna is a generational talent, a woman of humble beginnings who has surpassed expectations at every turn.” says JAY. ”A person born on the small island of Barbados who became one of the most prominent artists ever. Self-made in business and entertainment.”

Rihanna previously turned down the 2020 Super Bowl Halftime Show due to her support of Colin Kaepernick.

The event will be telecast and produced by DPS and Roc Nation, and it will be the first ever Apple Music Super Bowl Halftime Show, replacing the NFL’s longtime partner Pepsi. Last year, Dr. Dre, Snoop Dogg, Eminem, Mary J. Blige, Kendrick Lamar, and 50 Cent performed during Super Bowl LVI.

“Rihanna is an incredible recording artist who is a favorite for many millions of Apple Music customers around the world,” said Oliver Schusser, Apple’s vice president of Apple Music and Beats. “We’re excited to partner with Rihanna, Roc Nation and the NFL to bring music and sports fans a momentous show — what an incredible artist for the inaugural Apple Music Super Bowl Halftime Show.”