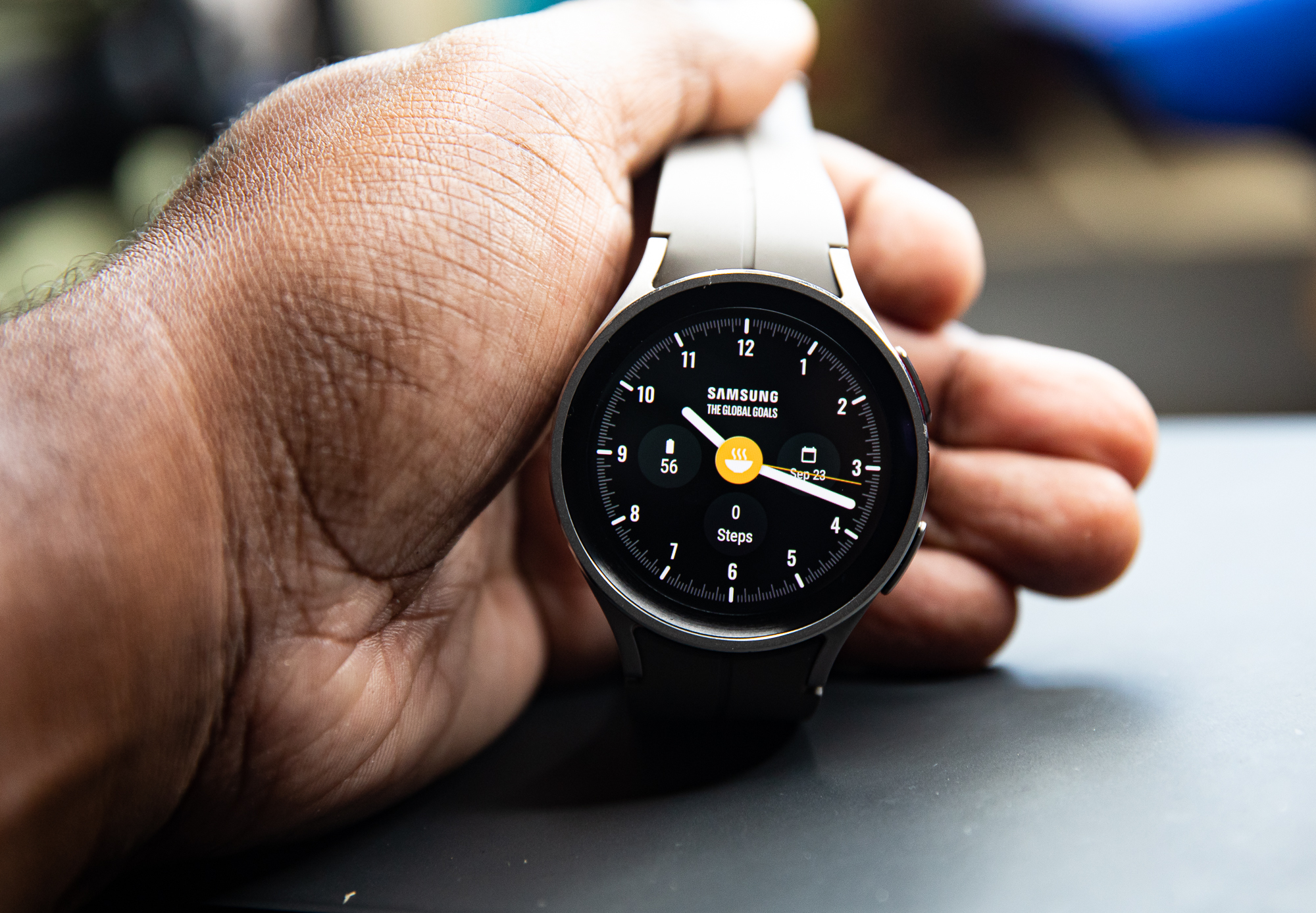 Like smartphones, wearables like smartwatches are becoming more advanced with the arrival of new models every year. Before Apple announced its new Apple Watch Ultra, Samsung pulled the cover off the Galaxy Watch5 Pro. We spent some time with the Korean tech giant’s latest smartwatch and were very impressed.

With the arrival of the Galaxy Watch5 Pro alongside its newest model of foldable Galaxy smartphones, Samsung is going with the motto bigger is better.

It’s easily Samsung’s biggest smartwatch and, at the same time, its boldest, coming in at a $449 starting price point. Even though it is bulky, it still manages to be smaller than most fitness watches. But enough about the optics, is the Galaxy Watch5 Pro worth its price? It most certainly is if you’re a fan of Android smartwatches with WearOS.

Here is where the Galaxy Watch5 Pro wins. 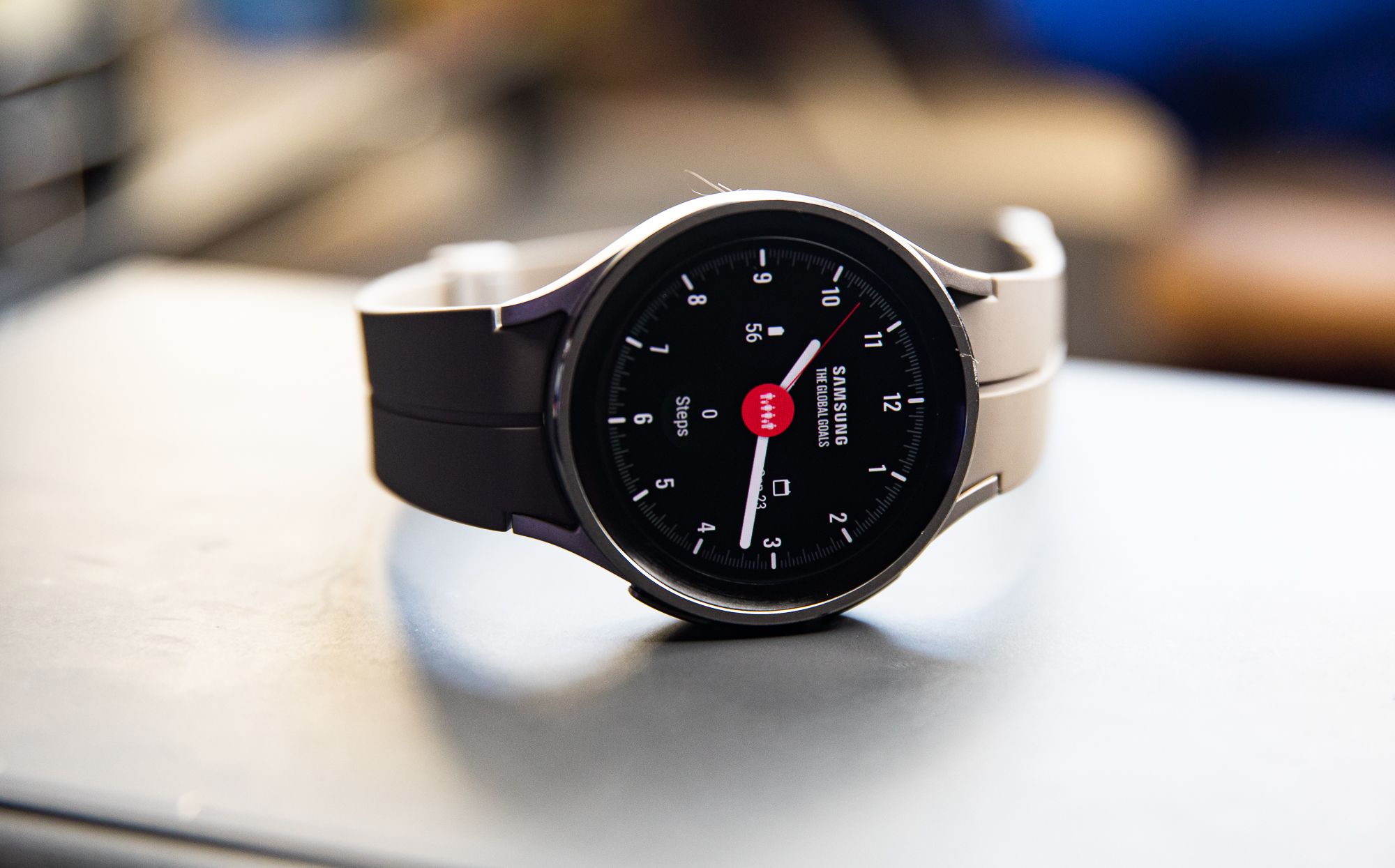 Under the hood, there is a 590mAh battery which is much bigger than the standard Galaxy Watch5’s 410 mAh battery, which explains the Galaxy Watch 5 Pro’s larger size. It’s a fair trade for exceptional battery life for a smartwatch geared towards people with more active lifestyles who don’t have the benefit of being near an outlet all day.

For this review, we used it more as a regular smartwatch with an occasional bike ride and walking squeezed in. Instead, it served mainly as a hub for all Instagram messages, Twitter notifications, and emails, and thanks to work, the Galaxy Watch5 Pro stayed buzzing.

To test the Watch5 Pro’s battery, wearing it while sleeping for the night to track sleeping patterns proved that it could last on a single charge. I managed to get roughly three days of usage out of the watch without charging it, which is exceptional. 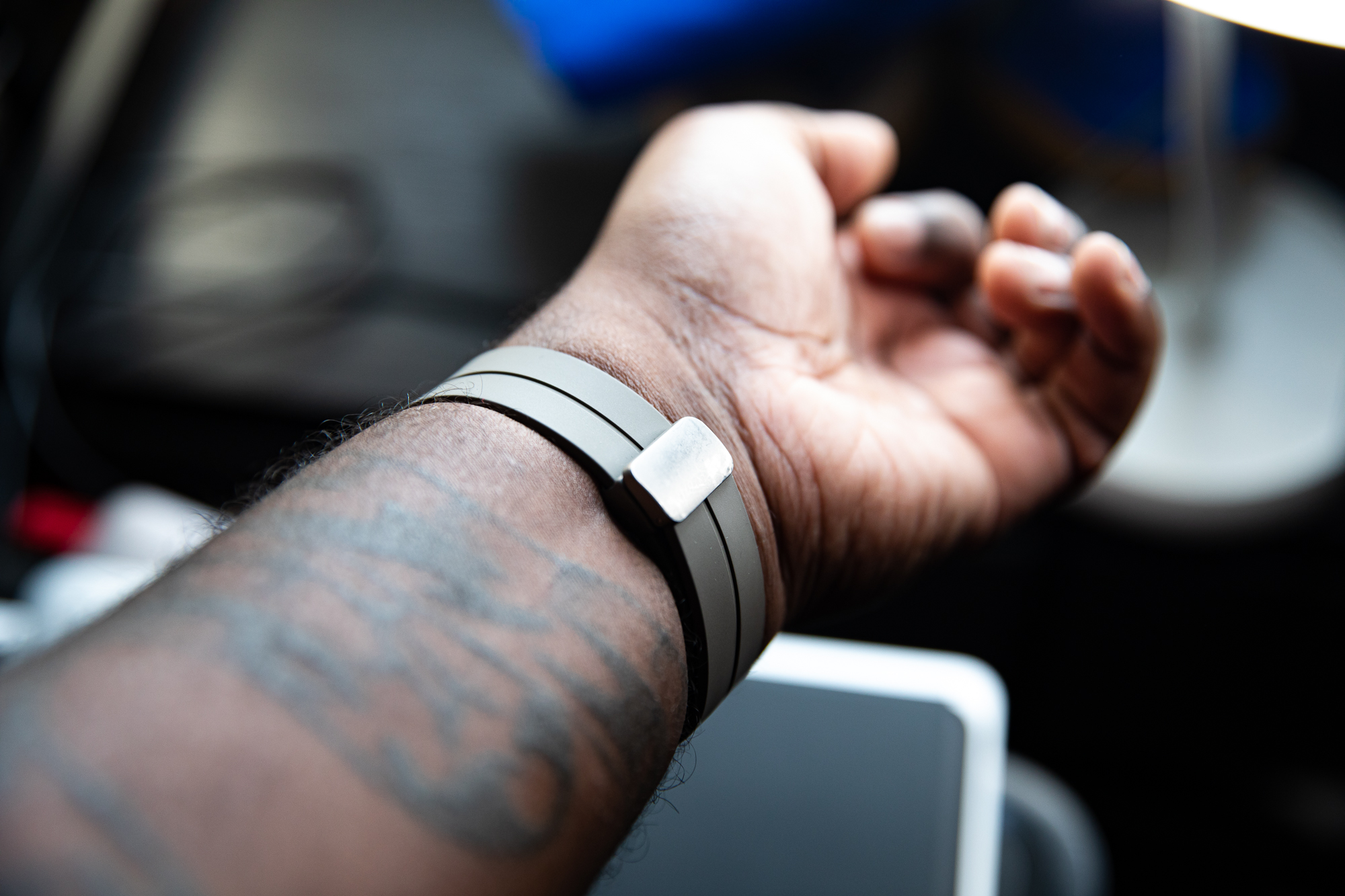 Upon removing it from the box, I quickly noticed it uses a D-Clasp or, as Samsung calls it, a D Buckle Sports band; I wasn’t sure how the watch would fit. Once I put the watch on, I fell in love with how it hugged my wrist, ensuring a snug fit and accurate readings from the sensor. 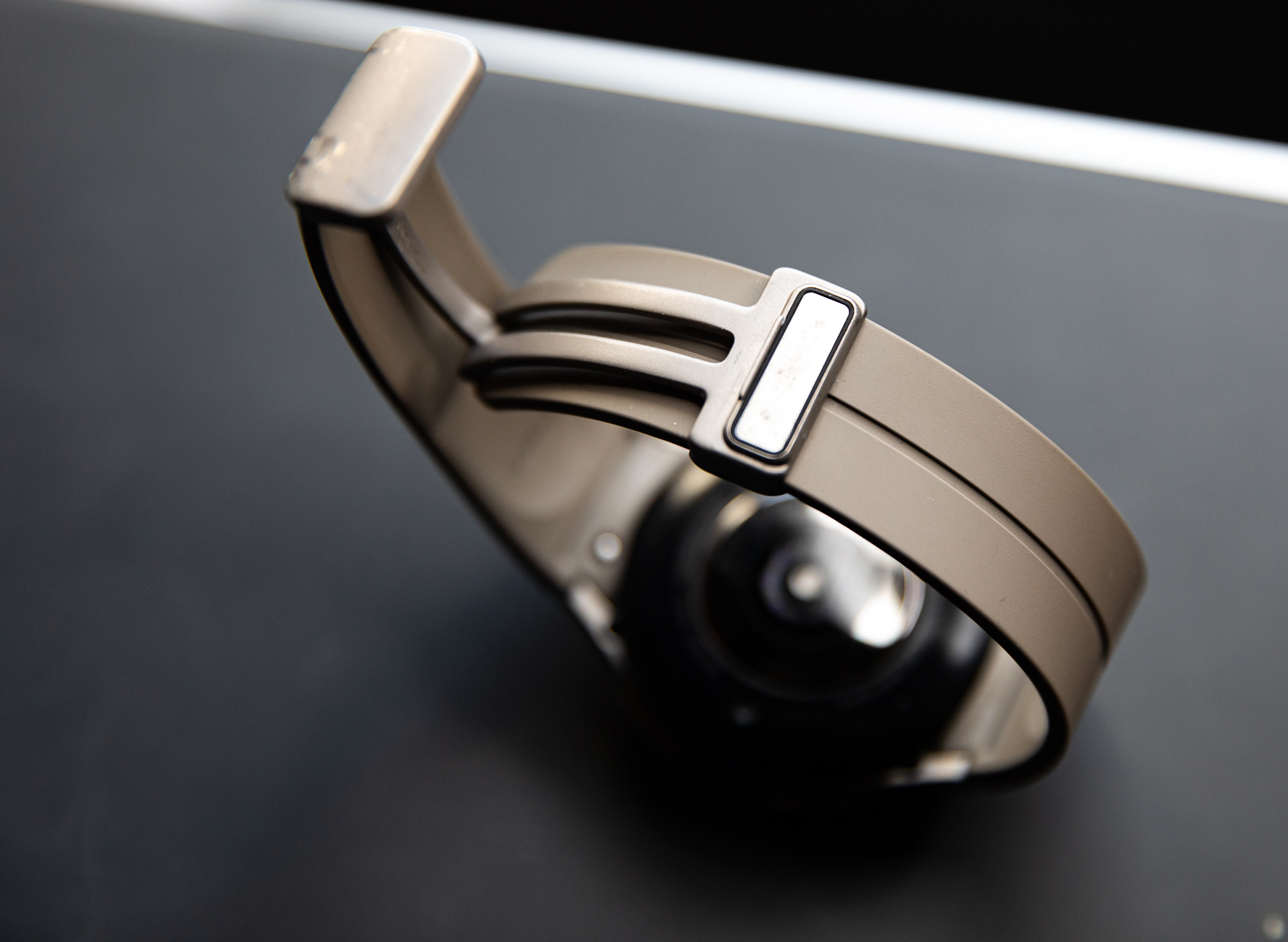 The band snaps in place thanks to a magnetic strip that gives a satisfying click when the metal buckle connects with the magnetic strip.

I have to admit when I first removed the watch out of the box, I did have some issues trying to figure out how to put it on, but once you get it, it will no longer be a problem.

The Rotating Bezel Is Not Missed On The Galaxy Watch5 Pro 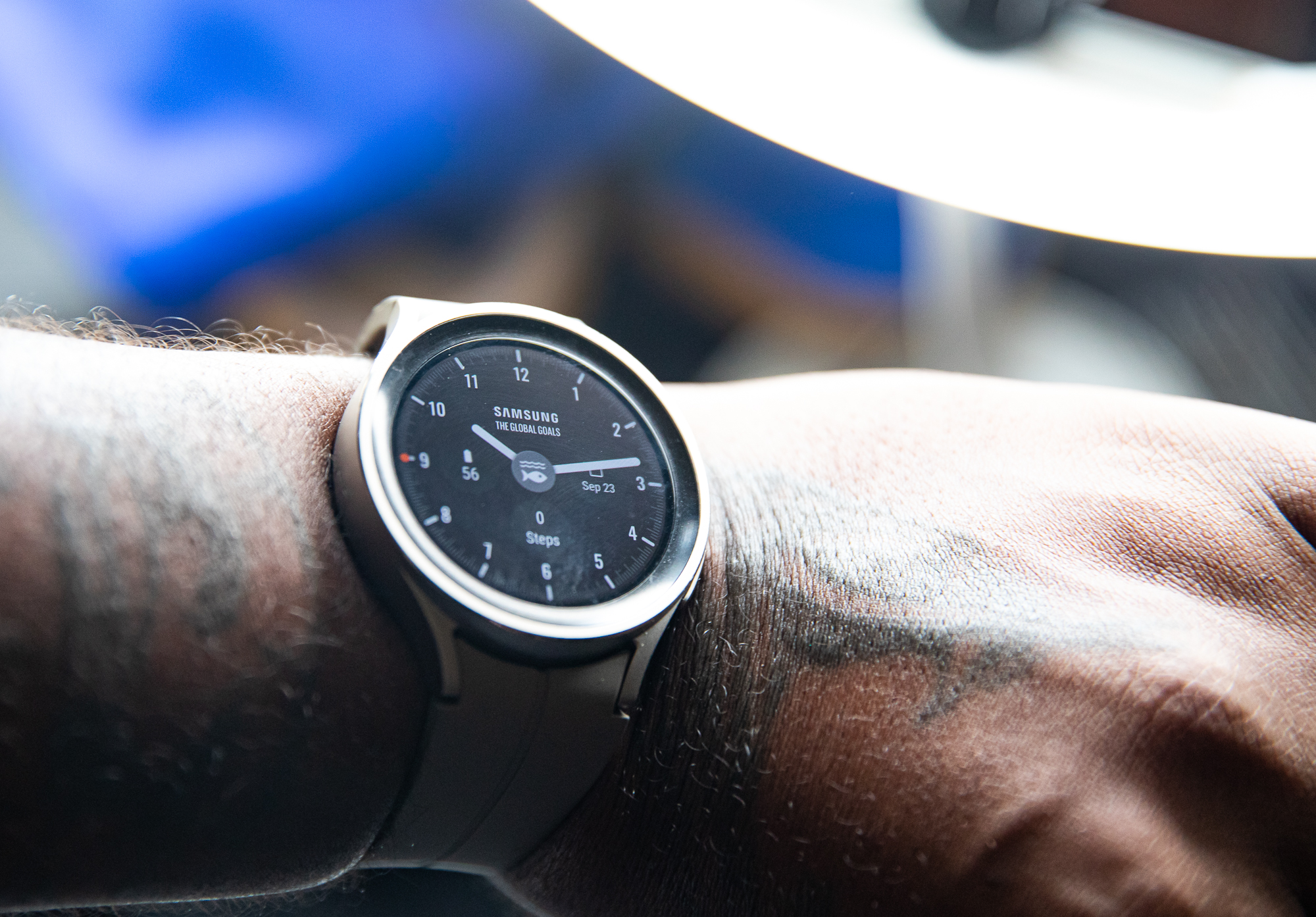 One feature that stood on the Galaxy Watch4 that is beloved and made it unique from other smartwatches was its rotating bezel. The bezel in the Galaxy Watch5 Pro is gone and replaced with the touch-sensitive bezel found on the smaller Galaxy Watch models. 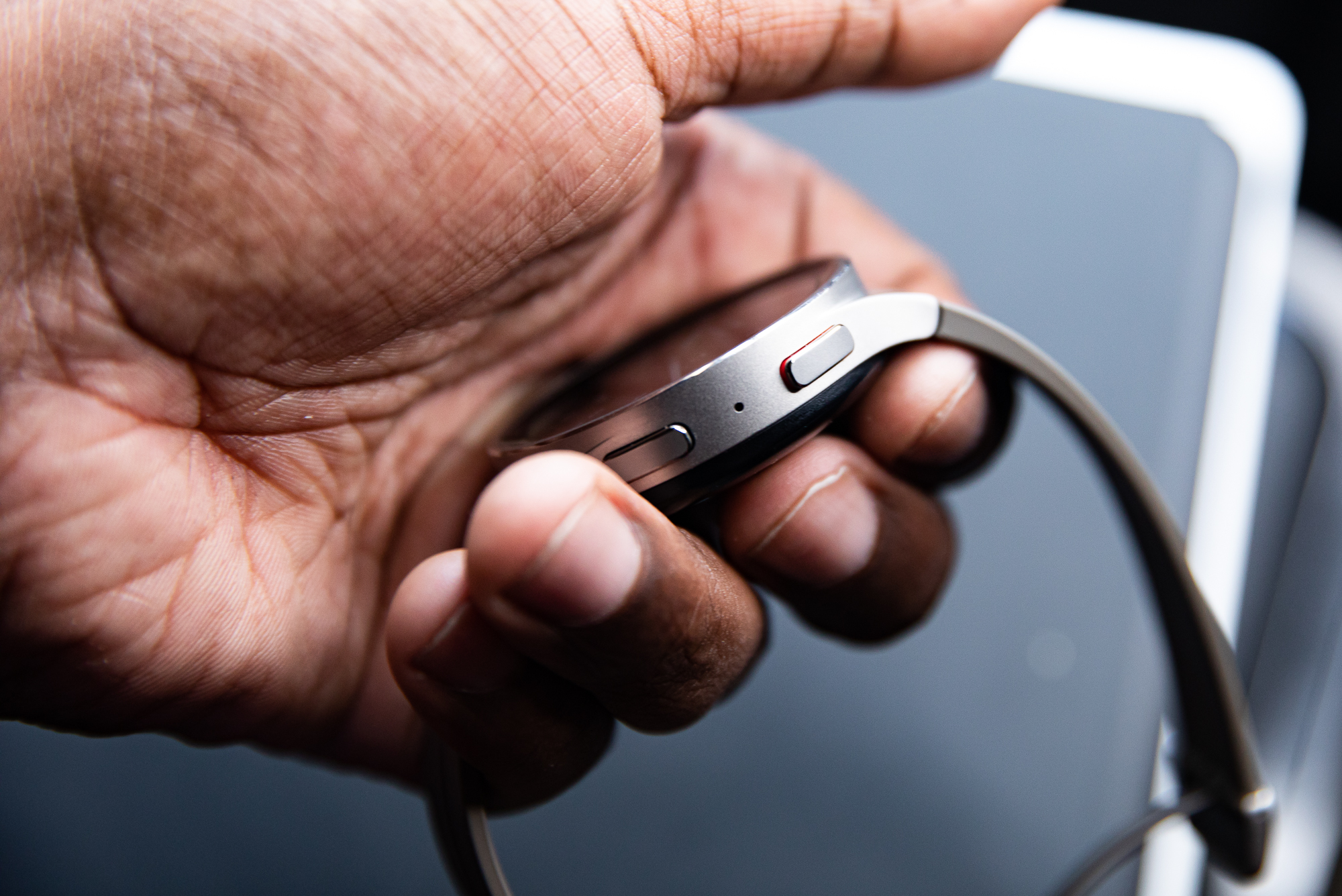 With the removal of the rotating bezel, you now have a bigger watch face which is a welcomed feature, plus a more durable design. It’s also thicker in size, and that’s also to accommodate for the bigger battery, again a fair trade-off for a clean, attractive look.

WearOS is Buttery Smooth On The Galaxy Watch5 Pro 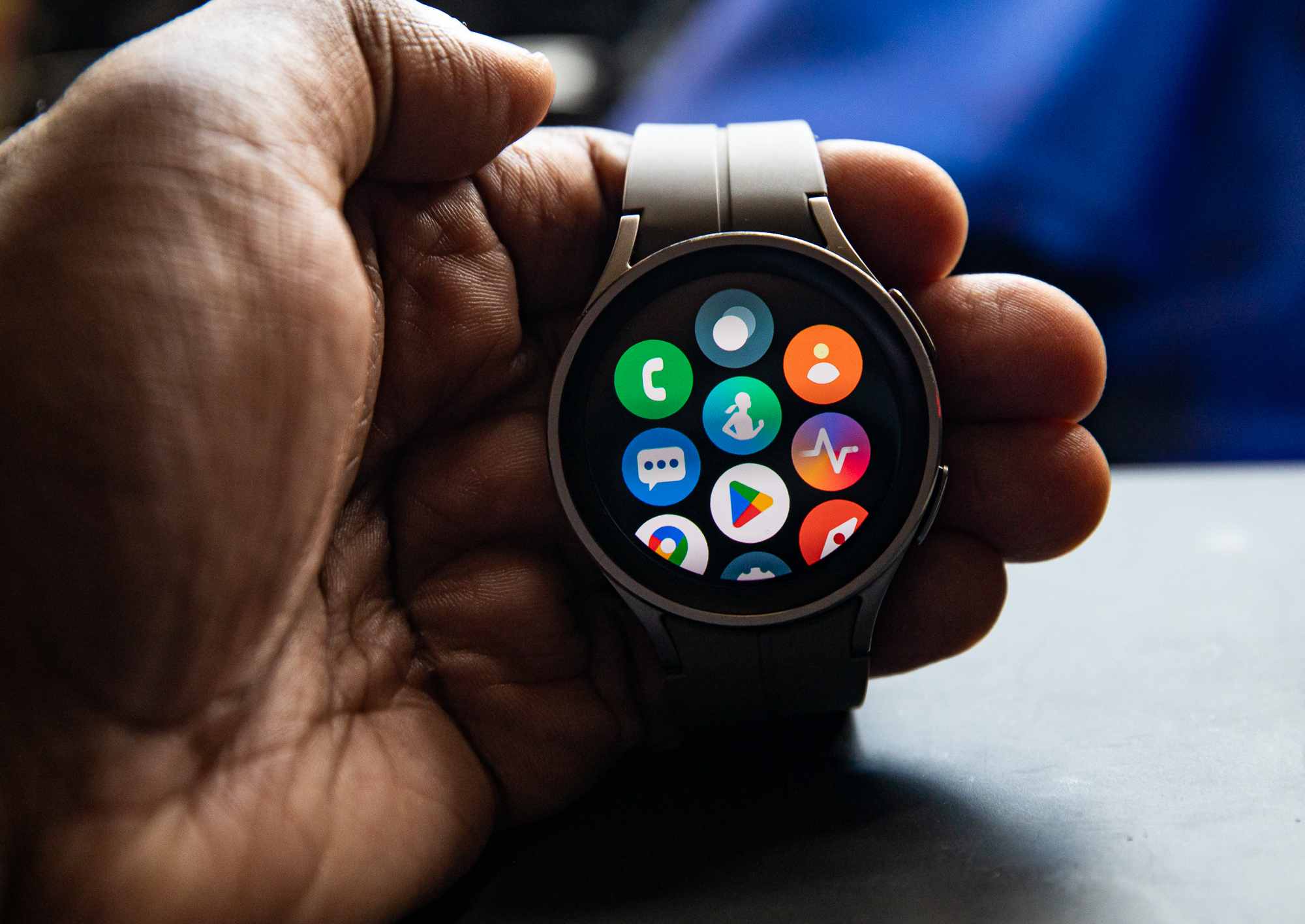 Touch controls are snappy and responsive, and everything looks good on the Galaxy Watch5 Pro. Google’s apps run exceptionally well, showcasing how well the partnership between Google and Samsung continues to work. I have only one complaint with one of the watches’ most touted features, and it turns out to be one of the most significant issues that we will touch on in a bit.

Health monitoring apps still work well, and sleep monitoring is impressive, but the body temperature sensor that Samsung boasted about is still not ready for use.

Route Mapping Is Not A Smooth Experience 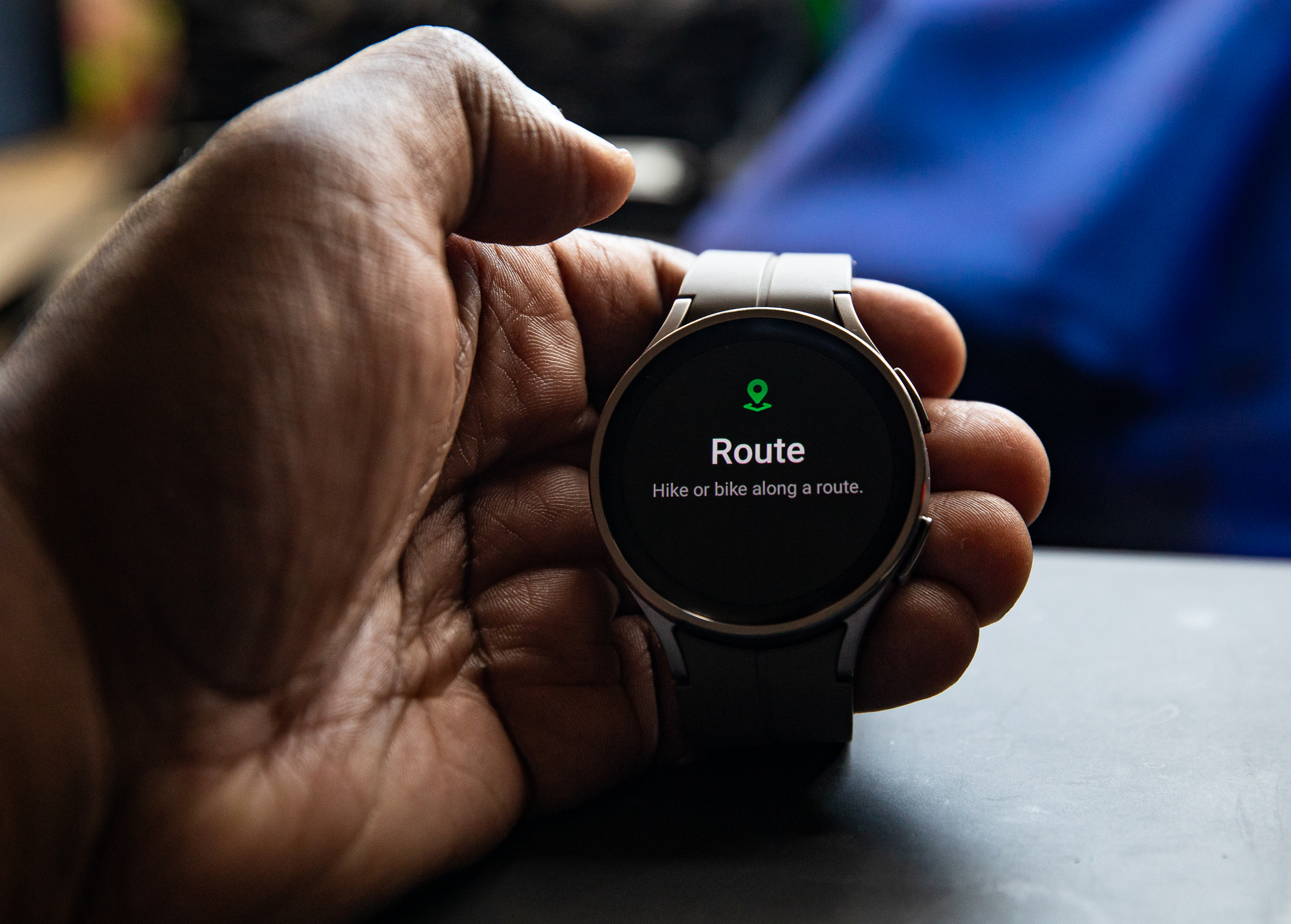 As noted earlier, the Galaxy Watch5 Pro was aimed at the more active person precisely due to its map routing feature, which could come in handy for someone who needs to keep track of their footsteps while on a hike or their bike routes.

What kills the features is how complicated it is to use turn-by-turn navigation. You must import the GPX files, which makes the process painstakingly annoying. You can avoid having to log in to your Samsung fitness app and download the GPX files from your history, but it will cost you $60 if you use an app like Strava’s premium route creator.

There are free options, but they can be complicated to use, so yeah, this is a bummer. 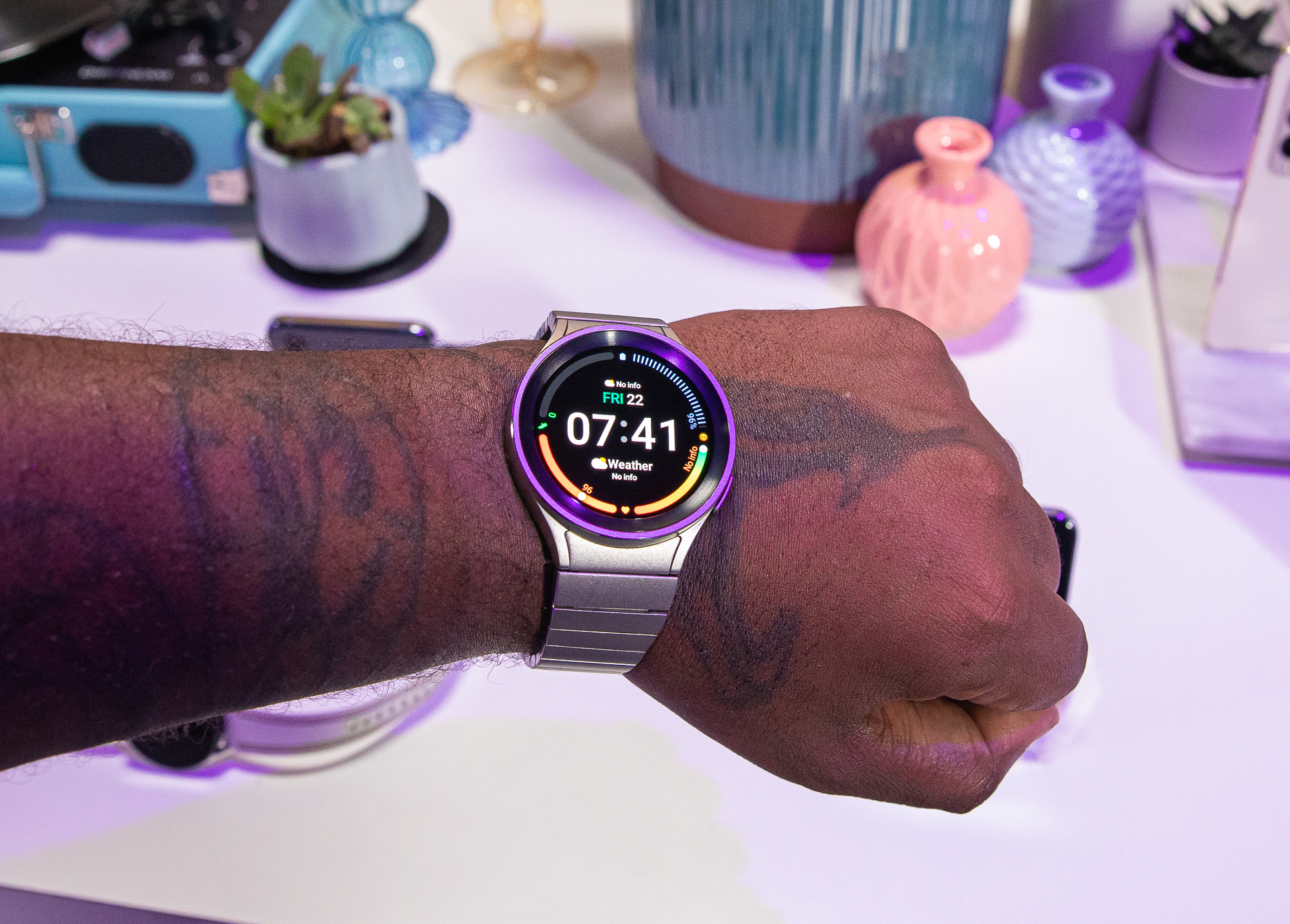 Currently, Samsung has the best premium Android smartwatch on the market with the Watch5 Pro. It’s an “if ain’t broke, don’t fix it” approach to this device that plays its safe with some design upgrades and not that many software tweaks.

At $449, it is pretty pricey, and that could scare away some buyers from the Galaxy Watch5 Pro and push them towards the standard Watch5 model, which isn’t a bad thing. Also, if you opt to stay with your Galaxy Watch4 Classic, you’re not being forced to upgrade unless you want to utilize the turn-by-turn navigation and the body temperature sensor.

Still, the Galaxy Watch5 Pro is another fantastic wearable from Samsung, and if you decide to make the upgrade, you will not be disappointed.

13 Adorable Nicknames Couples Have For Each Other
Cynic Announces Special Performances of Focus at ProgPower USA and 70,000 Tons of Metal
Kanye West Pals Up with Holocaust Denier Nick Fuentes, Travels to Meet Trump at Mar-A-Lago
Judas Priest Brings Metalworks to San Antonio: Review and Photos
Sh*t That Comes Out Today – November 25, 2022