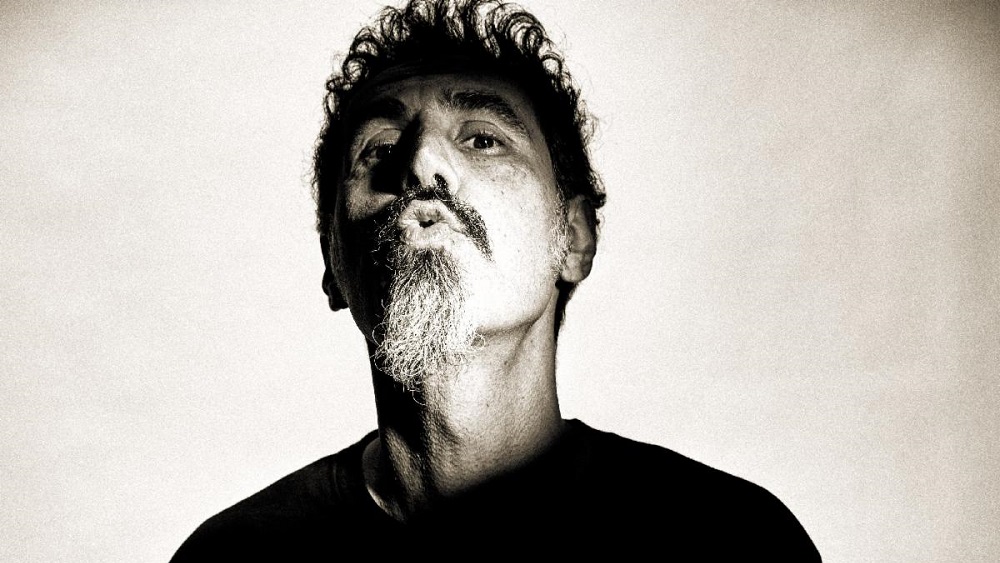 In recent weeks, Serj Tankian has been releasing singles off his upcoming EP Perplex Cities through the use of a really cool AR app created by Arloopa that you download on your phone. As we’d previously reported, that app would superimpose a 3D version of Serj Tankian into your room by showing him on your phone relative to where you’re sitting. It was the only way to hear the new song and also gave you a look into what went into making the song.

Yet earlier today, Tankian released the first track that was shown through that AR app without forcing people to download something extra. Available on his YouTube page and posted below, the official visualizer video for “Pop Imperialism” is now available.

“This whole collection of songs within Perplex Cities is a completely different sound than what I’ve done before. More electronic, subtle and deeper in terms of its layers of presentation musically. Perplex Cities gives off an aura that is unique and unlike my previous releases.”

Over the last few weeks, Tankian has been revealing the entirety of his EP through that Arloopa app, with the intent being that he’d eventually begin trickling out the new songs through other means. It looks like this is the first song to hit the masses.

As you’ll hear in the clip below, the song’s got a more avant-garde feel to it, with effects on the vocals and a more synth-y arrangement of music than his past solo workspiece of music.

Perplex Cities will be available to everyone via popular streaming platforms on October 21.