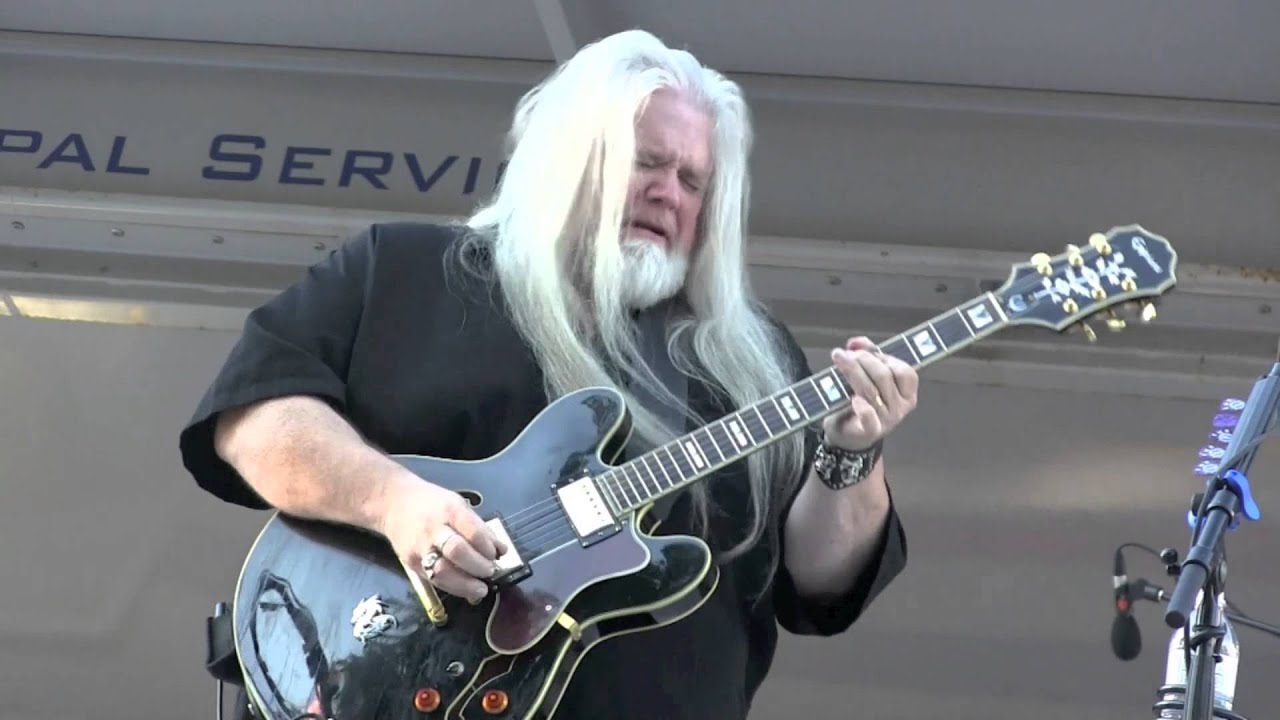 Modern blues albums are becoming harder and harder to find; everything either dips too deep into the pockets of country, metal, or alternative rock, and genuine blues-rock falls by the wayside. In some instances, such as Bob Dylan’s grand statement of an album Rough & Rowdy Ways, an elder statesman of bygone genres will come back out and show the younger generation how it’s done.

It’s not something we see much of, but when it happens it’s often legendary. One band that doesn’t need to spend time taking notes, however, is the Rusty Wright Band, a Florida-based (as of now) blues group who can walk the walk and talk the talk just as good, if not better, than any other blues group working the indie circuit today. A great showcase of their talent, the band’s new album Hangin’ At The DeVille Lounge has finally surfaced after a modest gap between studio releases — the Rusty Wright Band is back, and arguably stronger than ever.

Hangin’ At The DeVille Lounge is an incendiary blues-rock album, and that’s not just because it dances around imagery of fire and brimstone. No, every track is positively glowing with ambition and passion, leading the nearly hour-long record to fly by while it simultaneously punches you in the face with its gritty guitars and burly blues stylings on every track. Opening with a spoken word introduction, the band welcomes the listener into a place that is as full of ghosts as it is exceptional tunes — it isn’t long before the album breaks into a sprint and sets the stage for everything that is about to come, starting with “House of Spirits.”

“House of Spirits” is a hauntingly enjoyable blues track that spins the audience right into the middle of the Rusty Wright Band’s web; the verse’s whispered vocals and echoing guitar are as eerie and off-putting as they are invigorating, and the album has already begun on a great foot. “No One Cares At All” is a bass-forward jam with a rollicking drum part to it, reminiscent of something you might hear in a car chase scene at the cinema. “Evil In Disguise” gives listeners a wonderful guitar solo to complement a gentler song, and one of the album’s best choruses. a little bit further along in the tracklist, another standout arrives in the form of “Goin’ to Nola,” which packs the punch of the best blues-riff-driven track you’ve heard — it feels like a staple and elevates the album with its catchiness and effortless charm. And then there’s “Trouble’s Always Knockin’” which brings things down a bit in energy, opening up the dancefloor for those down to saunter and sway.

There’s not a weak link on the album, as the Rusty Wright Band brings their top-tier energy and musical chops to every ounce of the album; the closing track “Devil Music” sees the group evolve into a band straight out of, well, the DeVille Lounge as heavier guitar and drums consume the airwaves. The farewell track reminds listeners that this is a new breed of a blues album, and Hangin’ At The DeVille Lounge is a type of blues album well worth investing time (and maybe even your mortal soul) in.