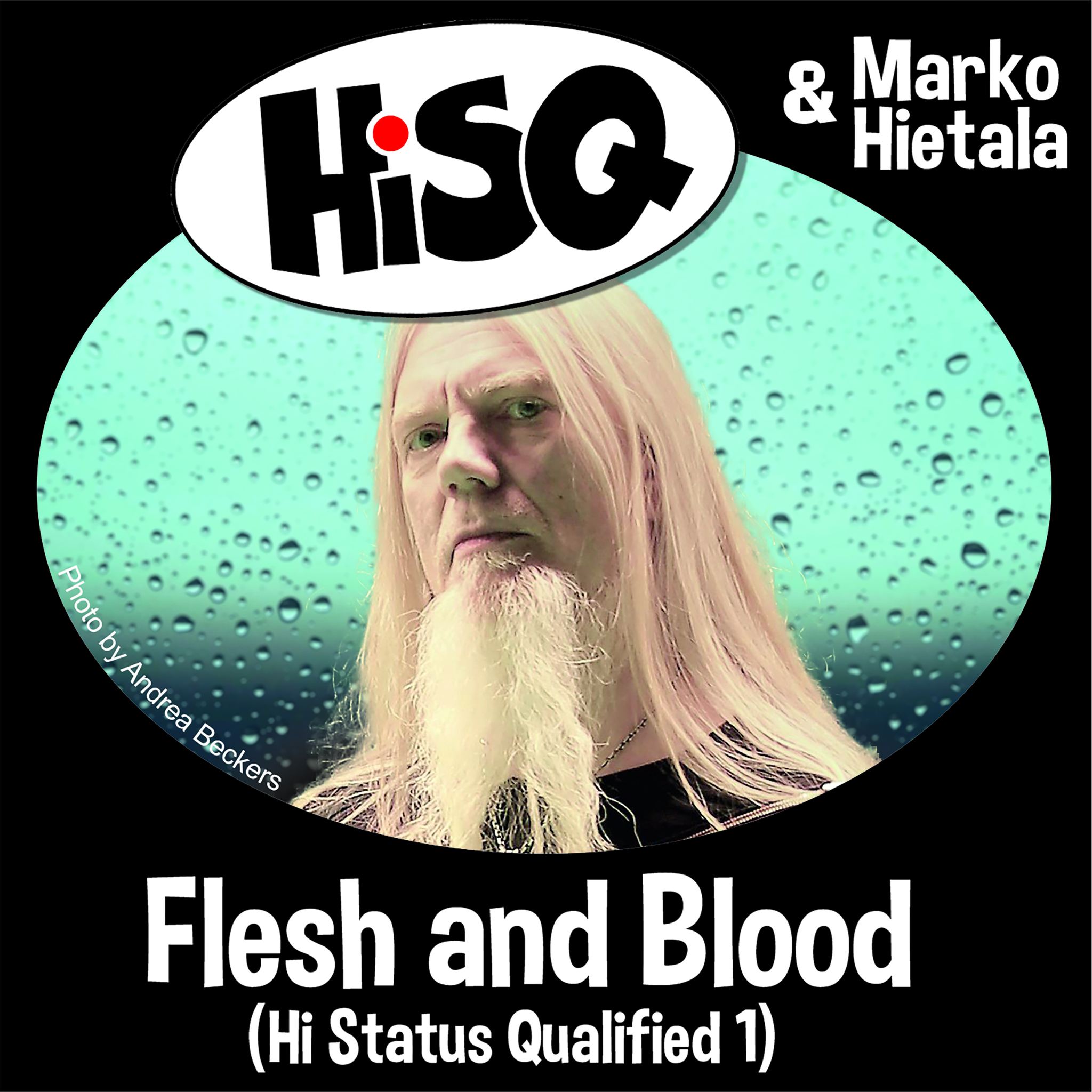 “Flesh and Blood” will end 2022 as one of the most heart-rendering singles released in recent memory. The Finnish musical collective Hi Status Qualified, otherwise known as HiSQ, is responsible for this deeply felt confection and reaped the rewards of vocalist Marko Hietala’s singing for the track. The ex member of Nightwish related to the lyrical content about, in part, mental health struggles in a world often uncomprehending of such difficulties but no one should fear that it’s full of ham-fisted theatrics not befitting such a serious topic.

There’s a poetic turn present throughout the song’s words. It relies on deceptively simple yet elegant writing utilizing surprising language from time to time. The phrasing is unique yet Hietala has no difficulties. He inhabits every syllable of the song without any self-consciousness that it isn’t written by him; you can’t tell as he seems to live with every word of the song.

The musical accompaniment is ideal. The mid-tempo dance of piano, acoustic guitar, vocals, and light production affectations never sounds shallow and achieves a warm and clearly delineated sound. Their independent status is no impediment to producing a first class recording and fully realized band sound. HiSQ is no ordinary outfit; it has an audio and visual basis with members working both with musical instruments and without. You can hear strong visual qualities manifesting themselves during “Flesh and Blood”.

It has an understated cinematic feel that encourages listeners to imagine the song playing out during a key film scene. This doesn’t mean, however, that they are overplaying their hand; instead, HiSQ modulates the emotional effects of the song with spot on care and attentiveness. Peter Engberg’s acoustic guitar sound is a highlight for me as the lush fullness of his brief lead breaks scatters several emphatic exclamation points throughout the track. His discreet support through the verses is equally important.

Hietala’s voice has a deep and warm timbre. He moves through the song lyrics with the confidence born of accepting the material wholeheartedly and it’s also his musical understanding at play. Hietala listens to the arrangement rather than trying to impose his authority over the song. He’s a singer with a band mentality rather than attempting to focus the listener’s attention on him alone.

Mikko Mäkinen’s piano playing essentially acts as a second vocalist. The varied melodic turns featured throughout his playing supply a musical juxtaposition to Hietala’s voice that makes the cut an even stronger experience. He has a physical sound; you can practically hear his fingers hitting the keys and the percussive texture of the performance pushes the song along.

The aforementioned guitar playing has that same engaging attack. It rhapsodizes like the piano, however, and there’s definitely a vocal quality present in the playing as well. It helps accentuate the overall feel of the human voice made manifest throughout this composition; we hear it materializes on every side and it connects with listeners on the deepest level. HiSQ’s “Flesh and Blood” isn’t a song you’ll soon forget.

The music of HISQ has been heard all over the world in partnership with the radio plugging services offered by Musik and Film Radio Promotions Division.  Learn more https://musikandfilm.com