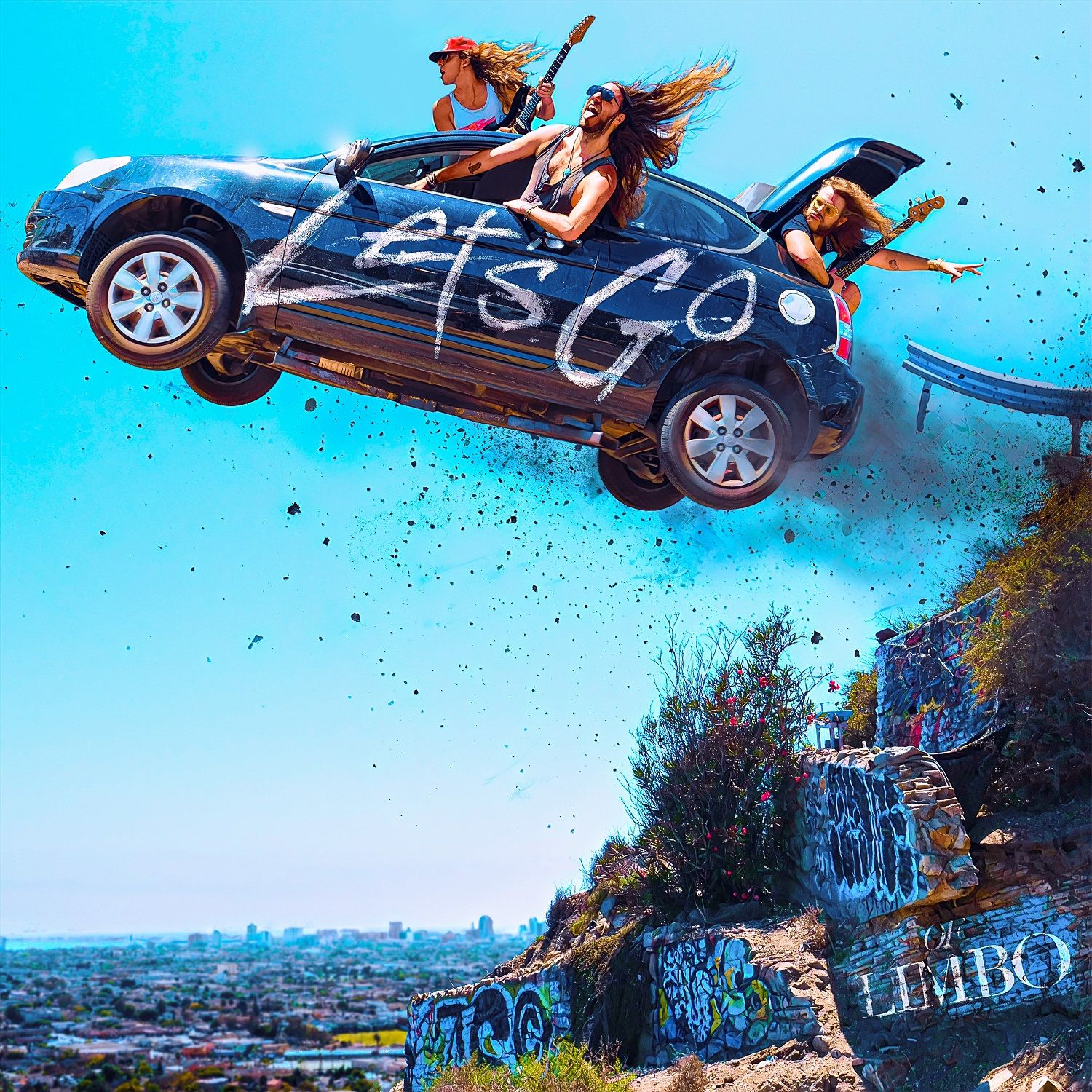 Of Limbo’s new single “Let’s Go” is out now and has already generated considerable buzz. Its recent addition to Amazon’s “Breakthrough Rock” list is a feather in this young California-based band’s cap that will get a lot more eyes and ears paying attention. The power trio format has made a remarkable comeback in 21st-century rock after a couple of decades of languishing in the musical wilderness. Many of the primary motivators for this comeback boil down to economics – splitting money three ways beats four or five and supporting three musicians on the road is a much less daunting proposition as well.

There is another reason for the configuration as well. The power trio format in rock music concentrates the music’s energy rather than diluting it with a larger ensemble. Interested parties can undoubtedly compile a list of quartets and quintets more than capable of whipping up impressive storms of energy, without question, but the allure of the power trio format has a new life that I would not have predicted in the late 1990s.

Consider Of Limbo one of its finest practitioners. The brothers Davies, Jake and Luke, are Australian transplants mesmerized by rock music since childhood. They recruited a like-minded bassist with the addition of Rob Graveley, a time-tested stalwart of the Southern California rock scene, and everything has since fallen into place. The new single “Let’s Go” is an unmitigated banger of the first rank and wholeheartedly embraces that identity.

The musicians engineer an up-tempo assault from the beginning. Of Limbo careens through the song’s changes much like their “Metallicar” featured in the single’s accompanying video, but it is controlled chaos and distinguished by their obvious skill. The skill-level peaks with brother Luke unreeling a fantastic solo during the track’s second half that carries the song to a higher level. It isn’t self-indulgent rubbish but, instead, exemplifies the best parts of the song’s physicality.

Anyone expecting thoughtful lyrics veering on performed poetry should look elsewhere. Of Limbo’s “Let’s Go” is about kicking consequences to the curb and going for it regardless of how things turn out. It’s a pure rock and roll message, there are countless antecedents for the song, but it nevertheless surges with one-of-a-kind vitality that will make believers of any newcomers stumbling across the band for the first time.

Existing fans will greet it. Of Limbo shows the consistency any great band needs to build a fanbase capable of sustaining them throughout their careers.  It is present in their past singles and “Let’s Go” continues that upward trajectory. It isn’t a thoughtful song, really, but that’s not what you come to this band for. Nevertheless, it burns not only with raw strength but intelligence as well. The song’s video shows this as well. They have humor, youth, and skill on their side, and we can expect that to continue as long as they are a band. Of Limbo’s story is still in the opening chapters, but it’s well worth sticking with it until the end.