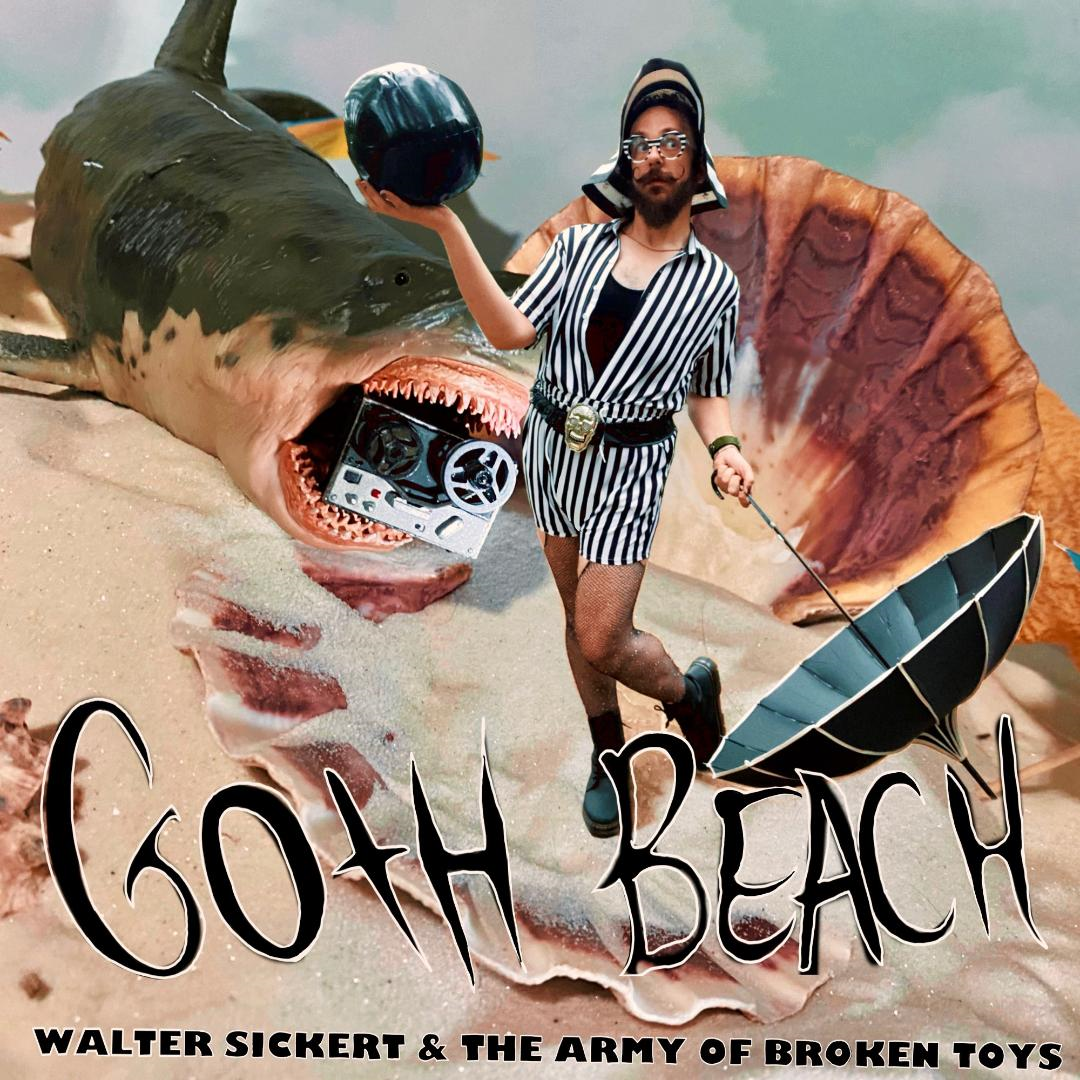 A smoldering string arrangement peeks at us from behind a curtain of passive silence as we set upon Walter Sickert & The Army of Broken Toys’ new single “Goth Beach.” Though the first thirty seconds of this track more or less give us a pretty solid indication as to what kind of gothic pleasures await in the next few minutes of play, it isn’t until we get deeper into the track that we can appreciate just how much is going on here. With what feels like a thousand working parts grinding together at once, Walter Sickert & The Army of Broken Toys dish out one of the more cerebral and appropriately surreal works of their scene’s collective output to date.

The arrangement, and especially the related lyricism, in “Goth Beach” feels a little more psychologically provocative than it is probably due to the jarring compilation of relatively soft frames that almost outpaces the rhythm of the drums, but it always makes its soundtrack the key feature.

There’s a lot of muscle to this mix, and I think that when looking at the imagery in the lyrics we get a taste of the mod, post-punk, and post-goth indie rock that has influenced these players and made them the intriguing, impossible-to-peg group of musicians they are now.

Walter Sickert & The Army of Broken Toys have been in this business a hot minute now, and while they aren’t capable of hiding their experience in a piece as multilayered as this one is, they do manage to show off a lot of maturity in their approach to the narrative in this song as well. “Goth Beach” has implied commentarial moments, but it never sounds judgmental or even slightly sarcastic in style. As I see it, this single spotlights musicianship and poetic depth still becoming everything it can be today.