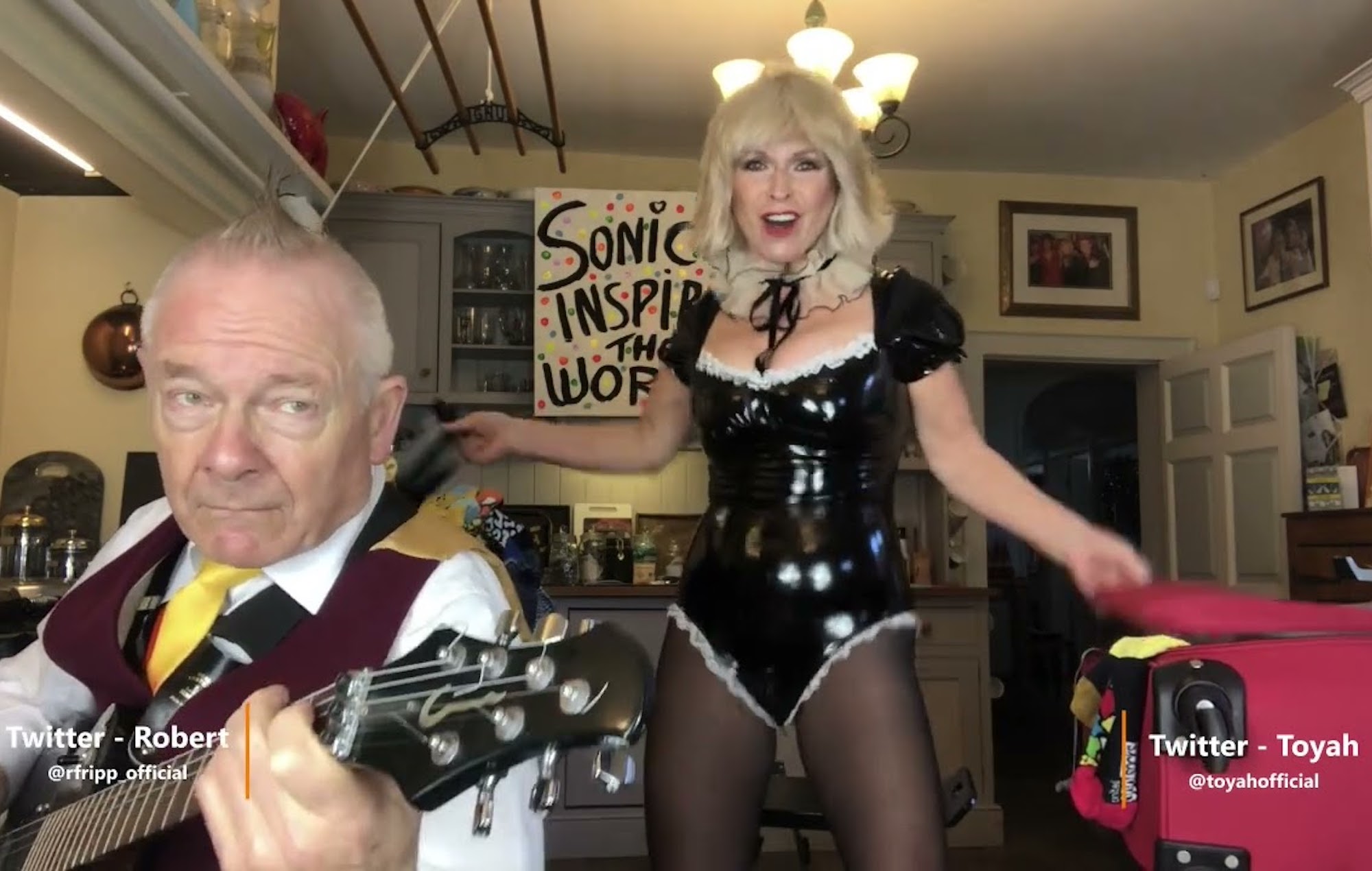 King Crimson‘s Robert Fripp and wife Toyah Willcox returned for another Sunday Lunch cover this weekend (November 13) – watch them perform ‘Have Love Will Travel’ below.

Richard Berry’s 1959 track has been covered by The Black Keys, The Sonics and more over the years, with Fripp and Willcox taking inspiration from the Sonics version for their latest cover.

With Fripp on guitar, Willcox sings her way through the song while packing a suitcase. Behind them, a banner reads: “Sonics inspire the world.”

Watch the ‘Have Love Will Travel’ cover for Sunday Lunch below.

In recent weeks, the married couple marked Halloween with a cover of Black Sabbath’s ‘Children Of The Grave’ and took on a version of Korn’s 1994 hit ‘Blind’, which rounded out something of a nu-metal trilogy: prior to it, they’d covered tracks by Slipknot (‘Psychosocial’) and Limp Bizkit (‘Nookie’).

That edition also marked a return to the usual Sunday Lunch format, following a quartet of videos featuring Chesney Hawkes. With him, the pair covered ‘Summer Of 69’, ‘Mr Brightside’, ‘Stacy’s Mom’ and even Hawkes’ own song, ‘The One And Only’.

Next year, Fripp and Willcox will take Sunday Lunch on the road. They announced a joint 2023 tour back in June, but are yet to formally reveal when and where they’ll be performing.

Last month, Fripp said the Sunday Lunch series had upset some King Crimson fans. He refused to pander to them, however, saying in a new interview: “We’re keenly aware of what people have experienced during lockdown. I mean, banged up in a small apartment while your mother’s dying and you can’t go to the funeral. My wife said to me, if all we’ve done in two years is help one person through their bad time, it’s all worth it.