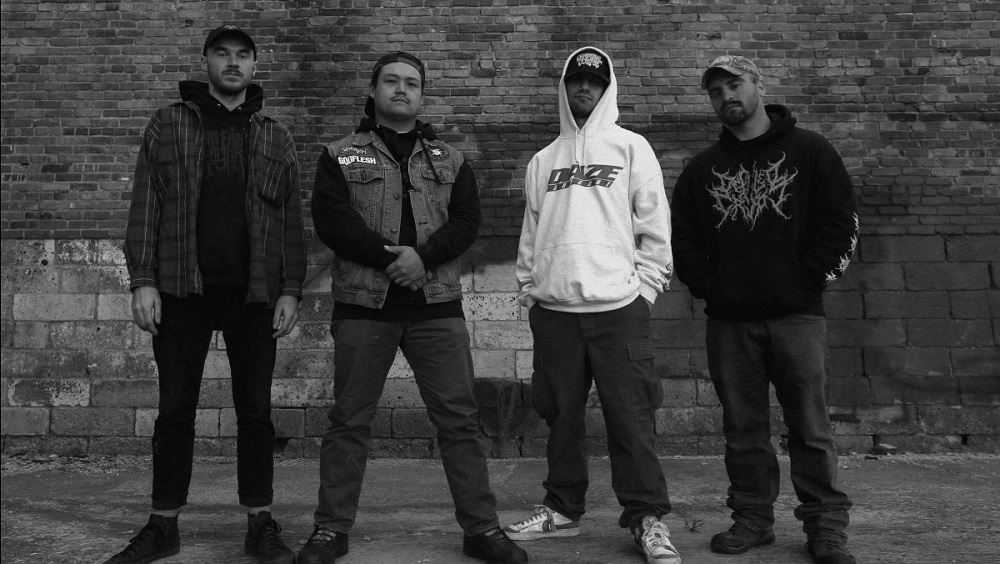 Extreme death metal outfit Sanguisugabogg are returning to the forefront of in-your-face insanity, as they announced earlier today that they’ve got a new album titled Homicidal Ecstasy coming out. And not only will that drop on February 3, 2023 via Century Media, but you can listen to and watch the music video for the first single off that studio offering titled “Pissed” right now.

Homicidal Ecstasy is the band’s followup to last year’s release Tortured Whole. With an aim at continuing their absolutely destructive tendencies with the new record, Sanguisugabogg is apparently drawing from “early to mid- ’90s and early ’00s death metal and brutal death metal/grindcore” and meshing those inspirations with their own take-no-prisoners style.

In a statement accompanying the album’s announcement, the band said “Pissed” was a “showcase of the struggle of finding euphoria and bliss out of something savagely disastrous.”

“It’s not self reflection, it’s not fantasy, and it’s not a game; it’s something savagely brutal presented in our own way so you can shove the hell out of the person next to you and have a good time while getting ‘Pissed’ with us!”

So yeah, take a few moments to bask in the murderous intent present in Sanguisugabogg’s “Pissed.” Homicidal Ecstasy will be released on February 3, 2023 via Century Media, but you can preorder your copy today.