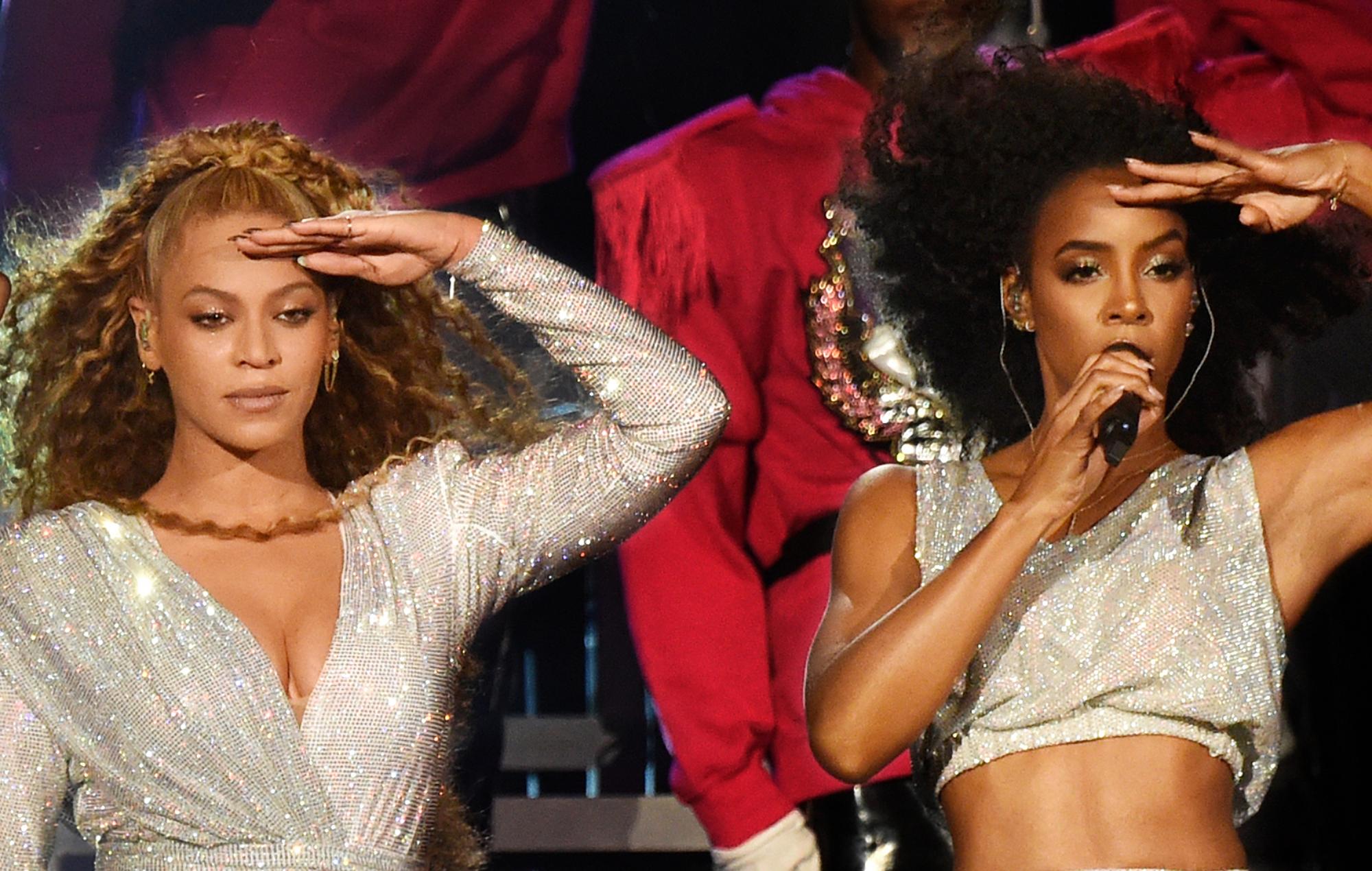 Kelly Rowland has reacted to remarks made about her in contrast to Beyoncé, saying that she finds comparisons to be limiting and that she too is one of the world’s “biggest” stars.

The singer, actress, TV host and author rejected Peter Rosenberg’s assessment of her career standing during a recent radio appearance.

Rosenberg, who co-hosts the Hot 97 radio show Ebro In The Morning with Ebro Darden and Laura Stylez, was interviewing Rowland and fellow actress Marsai Martin whom Rowland stars alongside in the upcoming film Fantasy Football.

He highlighted a moment in a recent interview that Rowland gave with US radio host Angie Martinez in which the pair talked about Rowland’s former Destiny’s Child bandmate and lifelong best friend Beyoncé.

Kelly called him out to his face & he still didn’t get it. Even, Marsai Martin caught it. Outside of Destiny’s Child, Thee Kelly Rowland is an international superstar, actress, author & businesswoman! She’s been in this industry 25+ years & in 2022 you’re still comparing? 🤦🏾‍♂️ pic.twitter.com/1n2GjSXwhN

“Angie gave you flowers for your ability to play second to Beyonce which, I can only speak for me, everyone gets into the entertainment business to be the man, right? It does take an ego check,” Rosenberg said to Rowland.

“You happen to be standing next to the brightest light on planet Earth. You think Big Boi from Outkast has it tough being next to André [3000], you’re with Beyoncé and not only did you not have to fight it, like you really loved the position you were in and took it seriously.”

Rowland then interjected: “Here’s the thing. Light attracts light. I am light. I am a beautiful, brown, shining light. So I don’t think anybody’s light dims anyone else’s. I think that when other people start to compare you, I think that’s when it shows how dim they are of themselves.

She continued: “I don’t take someone else trying to dim my light anymore for anybody else. I love Bey, I know that she’s a light but I know that I’m a light too.’

Rosenberg then attempted to compliment Rowland by praising her for choosing not to “rest on her laurels” despite her best friend “being the biggest star in the world”.

“Yes,” Rowland replied, “and her best friend-sister is one of the biggest stars in the world, too.”

She continued: “People only see things one-sided so I don’t like when they just put one person in one place, like, we shine together… It’s always been like patriarchy to me.”

Elsewhere, Rowland praised her best friend, stating that she “knocked down doors and made positions for so many women that look like her, that are a deeper shade than her but specifically for Black women and put Black women in other places that we’re grateful for”.

She added that she find comparisons like the ones Rosenberg made to be “limiting” in their nature.

Rosenberg has since apologised for his line of questioning, responding to a critic on Twitter: “Lol i did get it…i hated my question …clumsy and stupid … dropped her a line to apologise for how it came off.”

Fans defended Rowland online in the wake of the interview. One wrote: “Kelly called him out to his face & he still didn’t get it. Even, Marsai Martin caught it. Outside of Destiny’s Child, Thee Kelly Rowland is an international superstar, actress, author & businesswoman! She’s been in this industry 25+ years & in 2022 you’re still comparing?”

Another said: “There is SO much that can be discussed with Kelly Rowland without mentioning Beyoncé. It’s so tiring at this point.”

Rowland has released four solo albums and starred in dozens of TV programmes and films.

Fantasy Football, which also stars Power actor Omari Hardwick, is a VOD release dropping next Friday (November 25) in the US.

In other news, Rowland was announced recently as a headliner for 2023’s Mighty Hoopla festival alongside Years & Years.