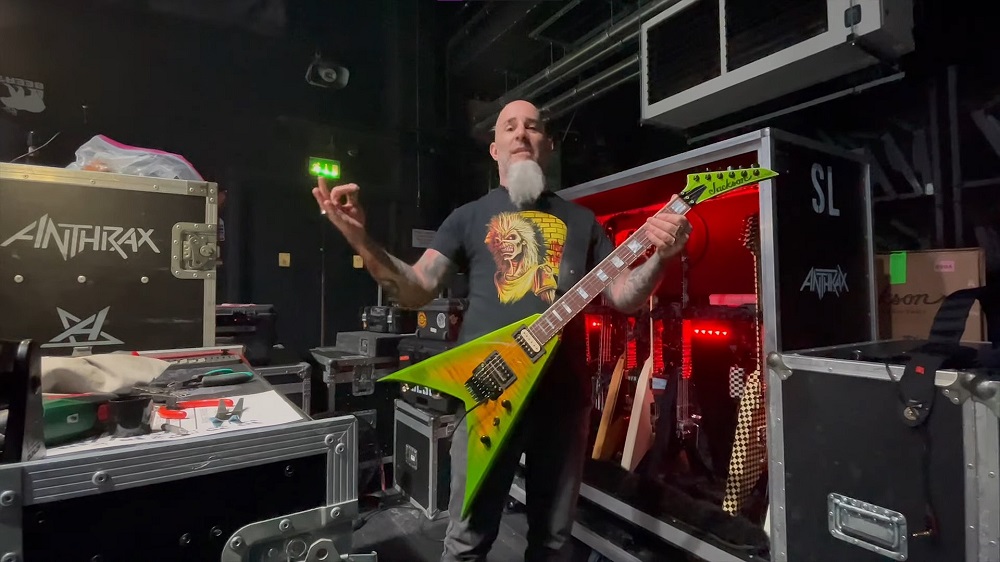 Ever since its release in 1987, Anthrax‘s “Indians” off the seminal record Among the Living remains one of the best thrash tracks ever conceived. From the opening drums to the blazing solos to the soaring vocal melodies, “Indians” simply kicks copious amounts of ass. And a big reason why it remains a major ass-kicker 35 years later is Scott Ian and his penchant for chunky riffs.

One of the song’s — hell, one of the band’s most iconic moments is the breakdown/bridge/”mosh part” commonly known as the War Dance section because, well, that’s when everyone yells “WAR DANCE.” Earlier today, Jackson Guitars released a new episode of their “Behind the Riff” series that has Ian walk us through the history of that riff, briefly goes over how it’s played, and how it sounds on stage.

“We were looking for a really, heavy heavy part for this song and I just had this part I’d been playing that I really liked how symmetrical it looked on the neck… Yeah, and I think we achieved our goal by coming up with a really, really heavy riff for that part that in “Indians.” Still to this day, the kids go nuts.”

As someone who’s attended many an Anthrax show, I can personally attest to just how powerfully persuasive this part is in a live setting. Once Scott starts playing that riff, it’s only a matter of time before the crowd turns into a human popcorn machine. And in that moment, it’s immediately apparent why the riff — and Anthrax — endure to this day.

So be sure to check out the clip below and hear it from the man himself.