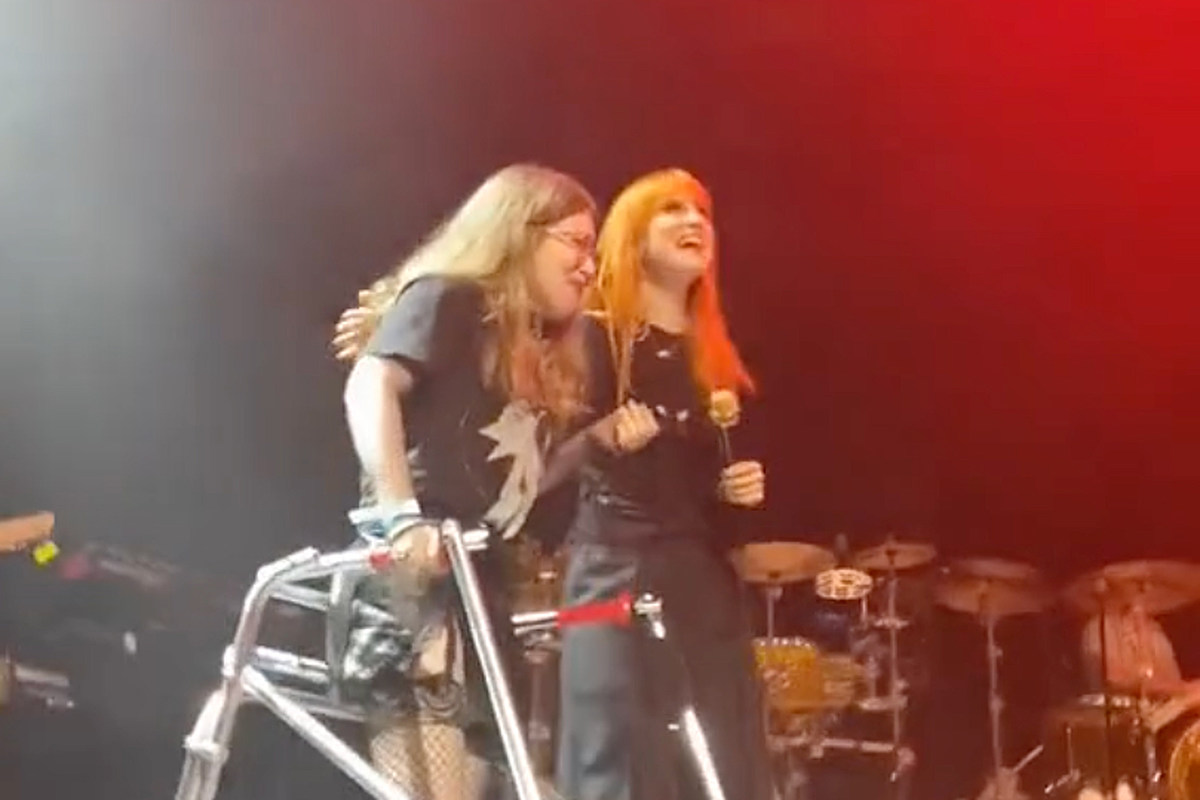 As many fans are now aware, Paramore have returned “Misery Business” to their sets on this tour after previously removing it. With the group currently out on tour, they’ve also invited fans to the stage to sing along on the track, often making the fans’ days in the process. That was the case for 23-year-old actress and artist Macayla Smith, also a person with a disability, who recently joined the band’s Atlanta performance at the Tabernacle, then shared what that special moment meant to her via social media.

As can be seen in the video below, fans were selected from the audience and Macayla got the call to the stage, with some assistance by Paramore’s security, who helped lift her from the pit area and got her safely to the stage along with her walker. The moment moved many in the crowd, with singer Hayley Williams coming over to hug her as well as one of the fellow “singers” pulled from the audience.

Smith, a longtime Paramore fan, was visibly excited, screaming as she was being called to the stage, and later calling it “the best night of my entire life.” The moment was a spontaneous one, too, as she would later reveal, explaining that had she known the moment was coming she would have been prepared to express to Williams what it and the band meant to her.

Instead, she penned a heartfelt message via her Instagram account, in which she highlighted the welcome nature she’s always felt from the Paramore community as the band has always put accessibility at the forefront with fans.

Read Macayla’s message to the group in full below:

The love of my life is Paramore. I’ve been a Paramore fan since at least 11 years old (might’ve been earlier). And I’ve been going to their concerts since I was 13. I am 23 years old now. If you would have told little me that ~12 years later I would SING ON STAGE WITH MY FAVORITE BAND?!?! I never ever would have believed you. The band that has been with me through everything?!?! I never thought that I would actually get chosen for Misery Business. If I knew this was gonna happen, I would have written them a letter to give to them. The letter would have said something along the lines of “Thank you for sharing your art and your heart with the world. I know that you are not perfect (i.e. Idle Worship lol). In truth, it is your willingness to be open about your imperfections and vulnerabilities that makes us fans feel seen. That is what is so special about Paramore. Your honesty about your struggles–with mental health, with heartbreaks, with identity, with society, ect.–makes us feel understood. It makes us feel like there’s someone else out there who gets it. Your art helps us get through our own struggles and hard times. One of the reasons I love Paramore’s music so deeply is because it always feels like a vehicle for catharsis. It allows us to scream, vent, cry, rage, dance, and love freely. It’s a vehicle for expression. It’s the roar in my chest whenever I sing one of your songs; it’s resonances reaching down to the bone and farther still… Paramore is also a family. It has brought me to so many places and I’ve made so many wonderful friends through Paramore. It’s a community like no other. It is full of love and passion. It will always feel like home to me. Paramore will always be the love of my life. So thank you for your art. We are all better because of it.

Check out footage captured of the special moment for Macayla below.

@chasingmik @Paramore I’ve seen you more times than I can count! You always give one hell of a show but THIS by far might be my favorite ♥️ #atl #tabernacle #paramore #paramorefans #paramoretiktok #paramoremiserybusiness ♬ original sound – M I K

Paramore are currently winding down their 2022 touring. Be sure to get your tickets to see them live here.